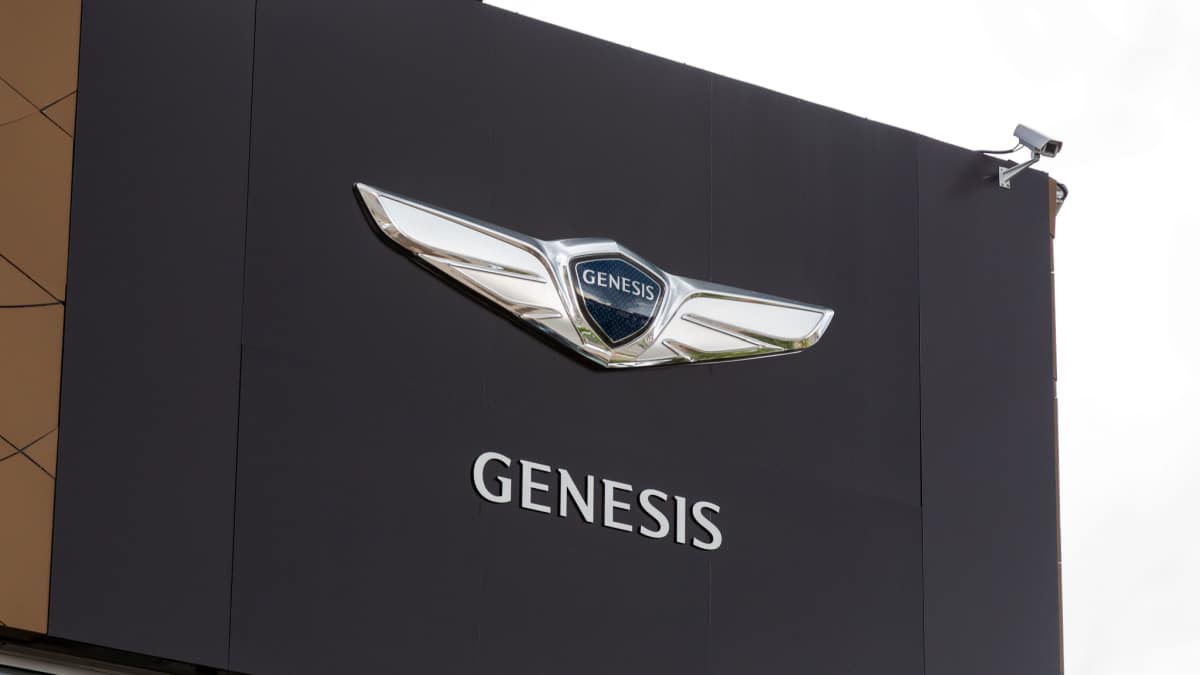 If you are in the market for a luxury car, you might have your eye on a new Genesis. These luxury vehicles don’t cost as much as some other brands but still have a lot to offer. Who makes Genesis cars and what are some models worth considering?

Genesis is a luxury brand made by Hyundai. The name first appeared with a sedan in the Hyundai lineup during the 2009 model year. In 2017, the South Korean company became its own division while also releasing the G80 and G90 sedans for the American market.

We review the brief history of the Genesis brand so you know where the vehicles come from. We also look at today’s popular models and discuss how the brand is different from Hyundai.

In 2003, Hyundai first conceived the “Concept Genesis” idea. However, it wasn’t until 2007 that the first model was released. The program to build the rear-wheel drive sports sedan cost $500 million and took nearly two years to complete. Additionally, reliability testing occurred over 800,000 miles. Finally, in 2008, Hyundai debuted the vehicle during the North American International Auto Show.

The Hyundai Genesis lineup received favorable reviews right out of the gate. Because of the popularity, Chris Hosford, the spokesperson for the United States division of Hyundai, decided it was time to make the brand a stand-alone company. He pointed out three reasons why Genesis would be successful.

At the end of 2015, Genesis Motor released its first model. The G90 became the company’s flagship model. It arrived in the United States later in 2016 and it was paired with the G80 sedan.

Initially, Hyundai dealers had a designated area for the Genesis lineup, but that only lasted for so long before the company started building its own dealerships. Within the year, a third model arrived. The G70 was released in South Korea and made it to the United States during the New York Auto Show in 2018.

That same year, Genesis Motors ranked in the top spot among the J.D. Power Initial Quality Study. This ranking proved that Genesis was building a solid lineup that was worthy of customers’ respect. In 2020, Genesis moved beyond the sedan market with its first SUV, a GV80. Even today, the automaker continues to release new vehicles and show it’s a tough contender against other luxury brands.

RELATED: Are Genesis Good Cars? Are they Reliable?

Are Genesis and Hyundai the Same?

There are a lot of similarities between Genesis and Hyundai. These similar qualities are expected since the companies are owned by the same parent company. It’s the same reason that many of the Hyundai and Kia models remain closely related.

However, there are going to be some distinct differences between the two companies because Genesis is the luxury arm. We relate it to how Toyota and Lexus are similar but different. The same can be said about Nissan and INFINITI, as well as Honda and Acura. You don’t buy a luxury model with hopes of finding the same lower-level materials and technology as the primary brand. Instead, you purchase a luxury model with hopes of getting something better.

With the Genesis lineup, you can expect better materials and technology in every cabin. Of course, these upgraded aspects are also going to cause a higher price tag. However, when compared with other luxury brands, the price seems to be generally lower than expected. Maybe this will change down the road as Genesis continues to gain loyal enthusiasts. If you aren’t sure whether to choose a Hyundai or Genesis model, it might be best to test drive them both and price out similar models with the features you want to see the differences in-depth.

This compact sport sedan is a fan favorite. Newer models have received an updated appearance that is similar to what’s found with the rest of the lineup. Inside, there’s nothing lacking, with a big and beautiful 10.3” infotainment touchscreen display.

Additionally, the G70 comes with two powertrain options. It can be equipped with a 2.0L turbo-four or a more powerful 3.3L twin-turbocharged V6. It also comes standard with rear-wheel drive, but you can upgrade to all-wheel drive for more capability. With the updated Sport+ option, you gain better steering, a reliable stability control system and a louder exhaust for even more fun.

The G80 is a top choice among customers looking for a stylish and high-performing vehicle. Among the options you can choose, the G80 Sport seems to have the most to offer. It looks different from the remainder of the lineup, with its darker exterior trim, sleek front fascia and 21” wheels.

Inside the cabin, the G80 Sport also boasts of a three-spoke steering wheel, along with breath-taking quilted seats. It also comes equipped with the 3.5L twin-turbocharged V6 that’s found in other G80 models, but this variant includes standard all-wheel drive plus a retuned suspension for even more enjoyment.

The G90 was first released in 2017. Since then, there haven’t been any major updates, except for a refresh during 2020. The G90 was the first of the lineup to include the pentagonal shield front grille.

Not only that, but the G90 has two satisfying engine options, along with well-balanced handling for an impressive ride. While many people boast about the long list of high-tech standard features, it’s even more important to review the superior safety test ratings that prove this is a top choice for today’s busy roads.

The GV70 is a brand-new model that was released in 2022. It was designed to shift some of the sport sedan market to the SUV segment instead. It contains many of the same driving dynamics and features but in a different-looking package with more space.

It contains the same underpinning as the G70, with rear-wheel drive standard. You could choose all-wheel drive, along with a turbo-four or six-cylinder motor. What’s most remarkable is the gigantic 14.5” infotainment system, along with the optional 12.3” instrument cluster and a head-up display.

The GV80 was released in 2021 and it hasn’t undergone any massive changes since its inception. In the future, there’s talk of splitting the lineup into two, with the standard SUV type and an optional sloped-roof coupe model.

What makes it different from the previous SUV is the optional third row of seats. You can keep the two-row design if you don’t need the extra seating, but the third row makes it easier to carry additional passengers or a larger family. It’s also a great SUV for carrying cargo, whether it’s for a family vacation or the standard trip to the grocery store.

The brand’s first electric model is in the works. It’s scheduled to be released in 2023 and it has already created a lot of buzz. Even though this is the first EV offering from Genesis, Hyundai has already jumped into the market, so there’s some experience under its belt.

This electric SUV has the same underpinnings as the Kia EV6 and Hyundai Ioniq 5. For this reason, it’s safe to assume that the powertrain options will remain the same as those models. You should be able to choose between the single-motor rear-wheel-drive configuration or the dual-motor all-wheel-drive variant.

However, the biggest difference between the GV60 and its counterparts will be the interior. Neither Kia nor Hyundai offers the same interior materials and technology as what’s found in the GV60. It will be the first from Genesis to offer a Crystal Sphere gear selector, with a special mood light and unique settings for each selection between Park and Drive.

Are Kia and Genesis the same company?

Where are Genesis cars built?

Genesis cars are built in South Korea by Hyundai Motor Group. Hyundai’s Genesis brand was launched in 2007 with the goal of becoming a global luxury automaker. However, Genesis cars are designed in Germany, the United States, and South Korea.

Is Genesis considered a luxury car?

Yes, Genesis is considered a luxury car. It’s the luxury arm of Hyundai Motor Group, and it offers a range of high-end sedans and SUVs. All of its vehicles come packed with features and amenities that you typically only find in luxury brands like Mercedes-Benz or BMW.

Why are Genesis cars not popular?

Genesis cars may not be very popular yet, but there are many strong signs that they will soon become much more popular due to the quality and performance. The problem Genesis had before was the limited lineup, which is rapidly changing.

Genesis is a fast growing company that will most likely become much more famous and popular in the future. They have proven to be competitive with other luxury brands such as Mercedes or BMW, and can be a very good buy, due to the fact that the prices are still quite affordable.

I hope this article helped answer your questions about the Genesis brand and helped you decide whether or not a Genesis car is a good buy.