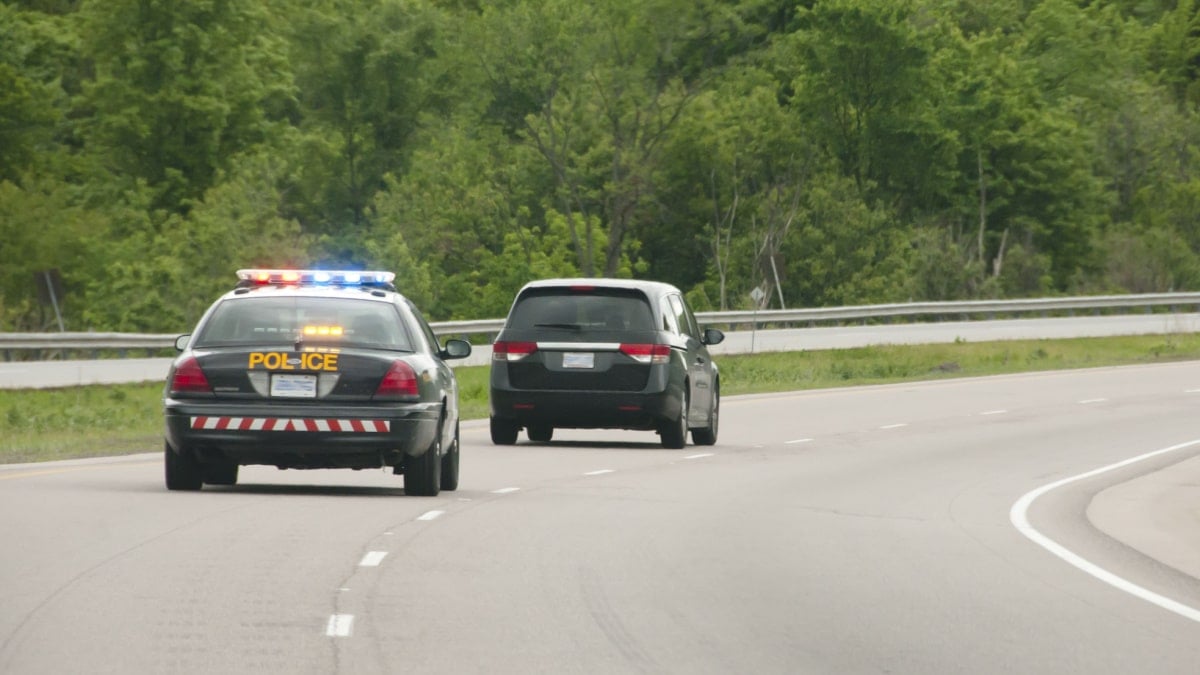 When you watch a movie or TV show about the police, you automatically assume that these cars are much faster than the typical models you drive. It’s a fair assumption to make that police cars would be faster, but is it true? Are police cars faster than normal cars?

In this guide, we evaluate the speed of police cars and discuss what engines are used. We also look at some of the top ways that police cars are different from normal cars besides the speed.

In general, police cars are slightly faster than the typical stock model car. Many police departments also have special cars designed for chases and pursuits, so these cars must be tuned differently. With that said, there are plenty of factory cars that can outpace a generic cop car.

Whether you are looking at a Ford Police Interceptor Utility (based on the Explorer) or a Dodge Charger, you will see increased speeds with most designed for police departments. The speed it goes depends on what modifications have been made.

How Fast Do Police Cars Go?

The majority of police cars are equipped to travel up to 155 miles per hour. This is far more than the average passenger vehicle at 120 miles per hour.

These speeds can be seen with the Chevy Caprice, Ford Police Interceptor Utility and Dodge Charger. However, almost any vehicle designed for a police station can be equipped to hit these speeds.

In other countries, police cars are allowed to travel at much higher speeds. In fact, Japan, the Netherlands, Italy and the United Arab Emirates all allow their police vehicles to have a top speed reaching up to 250 miles per hour.

Police car speed is usually limited by the manufacturer. Some models are more capable of faster speeds than others.

With that said, police are expected to travel at normal speed limits when not in pursuit or heading to a time-sensitive call. The police department knows how important it is to follow all traffic laws, just as the average driver would. The only time that a cop should be enjoying the fast speeds that are allowed is when time is of the essence.

Are police cars faster because they use different engines? Not usually. In many cases, the manufacturer simply tunes the existing engine differently to produce more power. Back in the day, it was normal to find hefty V8 engines in cop cars because of the power they created, even though fuel economy suffered.

Today, you can find many cop cars with standard V6 and straight 4 or 6 cylinder engines instead. These offer more balance and better fuel efficiency but never lack any power, especially when tuned properly. With the added modifications, which we will discuss in a minute, cop cars are ready to take off.

RELATED: Why Do Police Touch the Back of Your Car When They Pull You Over?

All of the accessories in a car are run from the alternator. Plus, the alternator is responsible for keeping the battery charged when the engine is running. In a typical police car, there’s a lot more going on than in a normal passenger vehicle.

For this reason, an upgraded alternator is required. Think about all of those lights and electronic equipment that need to work just right when turned on.

As we talked about earlier, police cars are often slightly faster than normal cars, but the engines are often tuned rather than replaced by a larger engine. Just by modifying the software in a modern car, you can get a lot of extra horsepower and torque. Some car engines can even get more than 50 horsepower extra from a software tune.

Sometimes hardware changes are also made to the engine, but in most car models, a software adjustment is sufficient.

For this reason, performance springs, shocks and stabilizer bars are normally added. The car should also have larger brakes that stop faster. These simple upgrades make it safer for the officer to pursue a felon.

We’ve already discussed how the engine is upgraded with special tuning. Because of these tunes, the engine is going to run at a higher capacity, meaning that the cooling system also has to be ready to handle the heat.

Police car engines endure much more stress than a typical vehicle. A regular cooling system simply won’t cut it. In the cop car, you might find aftermarket radiators, high-performance coolers and bigger radiator fans to handle all of the heat.

Have you ever wondered why cop cars come with an added bar or bumper in the front of the vehicle? These heavy-duty designs are mounted to the car and serve a great purpose. If the police need to convince someone to get off the road, these bumpers can be beneficial.

If the cop car needs to nudge someone that’s running, a simple tap should be all that’s needed. With this special design, there’s also minimal damage done to the police car during these maneuvers.

Officers don’t have extra time to turn off their cars every time they get out. Plus, accessories continue to need power during important traffic stops. Yet, they also don’t want someone to take off with the vehicle because it’s running. For this reason, a run-lock ignition is usually installed.

With this special system, the car can remain on with the engine idling. The key is taken out while the cop performs other duties. Therefore, the car can’t be stolen unless the cop gets back in the car with the key.

Along with the unique paint schemes, most cities and counties choose to have their department emblem placed on the vehicle. For this reason, you can quickly look at the car and know what department it belongs to.

Police vehicles must have high-tech radios installed for consistent communication. These radios are used for the police to constantly communicate back to dispatchers and governing authorities.

In the middle of a high-speed police chase, these radios are even more important. The cop must give detailed coordinates during the chase, so others can join in and assist.

Nobody wants to see those distinct police lights in the rearview mirror, but they are needed to keep order. Every cop car is outfitted with special lights that ensure people know it’s time to pull over.

In addition to the lights, there will also be sirens installed. Together, this system ensures that people know when a cop is coming through at high speeds.

The criminals are placed in the back of the cop car, where they must be secured. For this reason, police cars have a special back seat and some sort of unbreakable divider design to keep the officer protected.

Many people find that the back seats are slightly smaller than normal vehicles. The extra space is used to create these partitions, making it more difficult for people to fit comfortably.

Police officers need to carry some heavy-duty equipment with them, but it must be secured at all times. Whether the trunk is needed to hold weapons or evidence, it’s important that the vehicle be equipped with the right racks and storage equipment.

Sometimes, these modifications are made after the police cars are delivered, depending on what the vehicle will be used for. You can also find special modifications for these purposes in the front seat, secured away from prisoners.