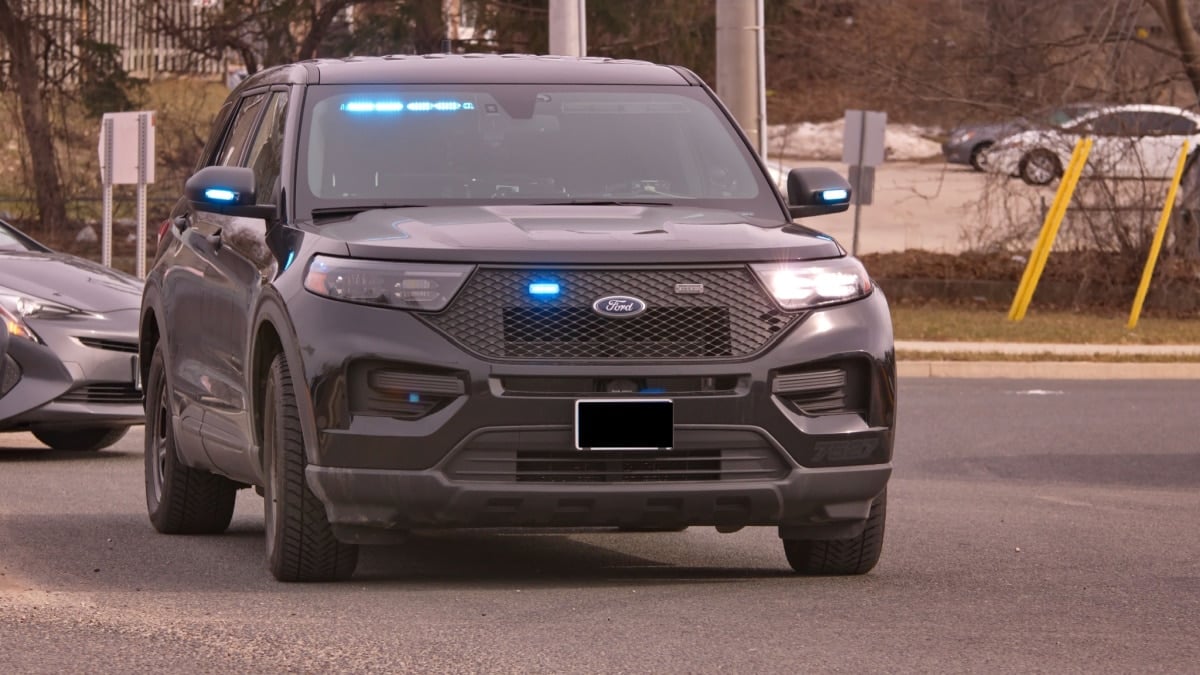 You don’t want to get pulled over for breaking laws, which is why it’s important to follow all posted speed limits and traffic regulations. However, it’s also helpful if you keep an eye out for police officers, which requires remaining alert. Yet, you still have the challenge of identifying unmarked cop cars. Thankfully, it’s not difficult to learn how to spot unmarked police cars.

In this guide, we evaluate how to identify these unmarked cars and show you signs that you might be dealing with an undercover officer. At the end of this article, we issue an important warning about looking for undercover cops because we want you to remain safe in all situations.

How to Spot Unmarked Police Cars?

Unmarked police vehicles still have municipal or government license plates. There could also be missing registration or inspection stickers, depending on the state. Additionally, the police tend to stick to certain vehicle types, and there could still be specialized equipment on the car.

Even though the cop car isn’t marked, it’s still registered to the township or county. For this reason, it’s still going to have government or municipal license plates.

Another sign is the registration or inspection stickers. Depending on where you live, the car could be missing these valuable stickers, which makes the vehicle look out of place. On the other hand, all of the stickers could be the same as your passenger vehicle, so this sign alone isn’t going to tell you anything.

Back in the day, all police departments used Crown Victorias as cop cars. That made it simple to find the undercover cops in a region. However, that’s not the case today, with police departments choosing a fleet of varied vehicles, each designed for a specific purpose.

Today, you can find your local police department using minivans, pickup trucks and small tanks. Even still, there are some that have become popular among all departments.

You can look for these car models to detect unmarked police cars and be more cautious around them:

It’s always wise to be more cautious around these types of vehicles. Additionally, if you get used to what cars are used by your local agencies, you can be more on guard when traveling in your hometown region.

Even though the cop car is unmarked, there will still be special equipment being used. The level to which the car looks like a police vehicle depends on what it is used for. If you look closely, you could see police lights in the side mirrors or on the grille. The windows are also usually tinted dark.

Aside from these components, the vehicle could also have a push bumper, which resembles a cage around the front. If it’s an older police vehicle, there could be a big antennae on the top, but these aren’t necessary today.

How to Spot Undercover Cops

Cops will often work in pairs, even when undercover. For this reason, you want to pay close attention to how the couple works together and interacts. If you see two people that seem to be out of place or don’t mesh well together, it could be a warning sign.

Typically, police officers work in pairs where opposites are put together to work off of the skill set of one another. For this reason, you may see a significant age difference between the two partners or there could be a cultural divide. Either way, the couple can seem strange.

Not only may the couple seem out of place, but an individual undercover cop may not be at a usual location. For example, if you see a clean-cut older gentleman hanging out at a rap concert, there could be something wrong.

Sure, there’s always the possibility that this man really loves rap music, but it’s unlikely. This is a time when you have to apply the rules of discernment and follow your gut feeling.

If you are in a position that would interest cops, you should be on guard for those poking around. For example, if you are taking part in a protest or at a political event, there could easily be undercover cops in your midst.

These cops aren’t simply going to blend in but will also be looking for information. Pay attention to the comments made and the questions asked and always use discretion.

4. Physical Appearance is Off

You can tell a lot by how someone looks. If a cop is on a short-term assignment, there won’t be a lot of change in how they look. Instead, their appearance is still going to resemble that of a police officer. For that reason, a haircut can tell you a lot about the person. Most police departments have special protocols about grooming standards. The officers are normally required to have short, military-style haircuts.

The dress code might also reveal a lot. If you are at a protest, most people try not to wear identifying clothing. Instead, the articles will be bland and plain. Undercover cops don’t always understand that and will come to the events wearing apparel with writing on it, even sports-related. If you see people wearing hoodies promoting their favorite team, be on guard.

Undercover cops also carry some equipment on hand with them at times, requiring the use of cargo pants or shorts. You may even be able to make out a gun outline in what they are wearing. Finally, take a peek at the shoes. If they are wearing military-type boots, there could be something wrong, especially if these are paired with the hoodie we just talked about.

Warning About Looking for Undercover Cops

Everything that we have advised is strictly for informational and entertainment purposes. There’s no exact science to spotting an undercover police vehicle or cop. In fact, police officers can be trained to fit into a crowd better than you.

Additionally, just because someone looks like they could be an undercover cop doesn’t mean that they actually are. Don’t simply assume that the retired military looking guy at your protest is a cop. Instead, it could be someone that has a heart for the message. It could also just be undercover security hired by the organizers to ensure everyone remains safe.

Above all, if you are participating in something that could be illegal or controversial, there’s a high probability that people around you are undercover officers. Assume that everything you do is being watched and even recorded. There’s nothing you can do about this other than make sure you are following all laws. Even if the people around you are committing a crime, it’s best to avoid getting involved. Stay out of trouble and you won’t have to worry about who is working undercover.

Why Do Police Touch the Back of Your Car When They Pull You Over?