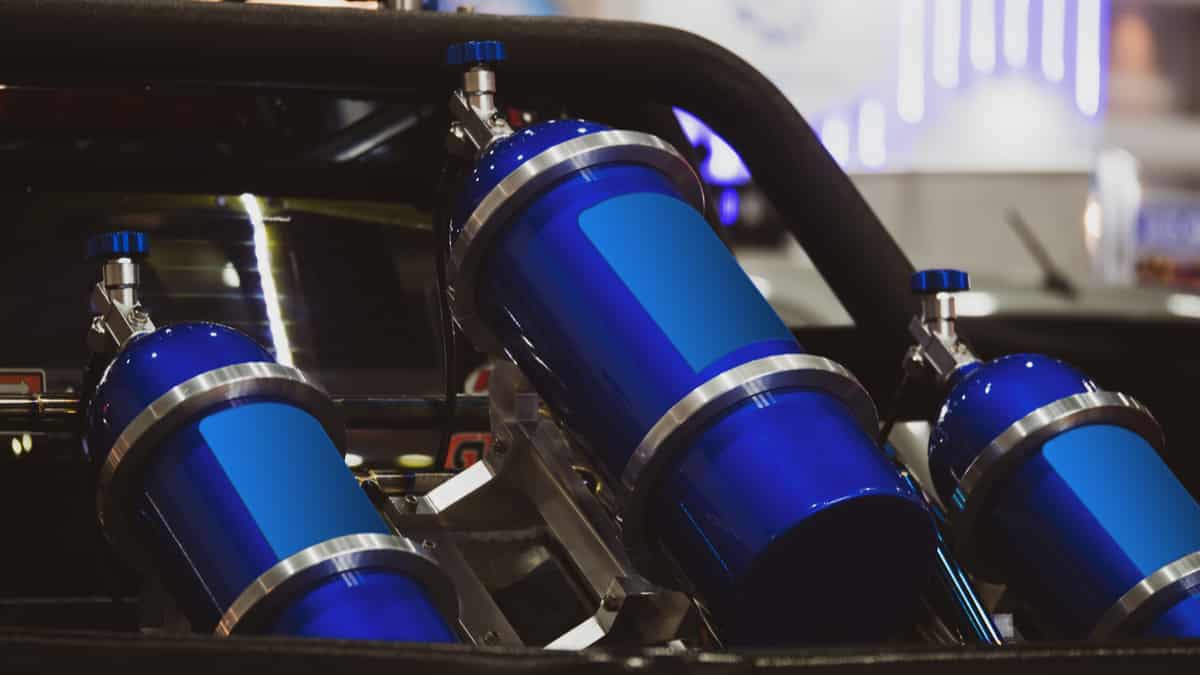 It’s perfectly normal to want to modify your vehicle other than to make it look more appealing or perform better. One popular upgrade is to add nitrous oxide injection, but that leads people to an important question. Is it legal in the U.S. to have nitrous installed in your car?

Using Nitrous in cars is not illegal on a federal level in the United States. However, NOS laws vary from state to state. It’s also not illegal to store or transport the gas but is unlawful to use it as an inhalant. If you drive on a track or on private property, nitrous oxide is completely legal.

In this guide, we look at a few state laws you should know about. We also discuss some other modifications that might be considered illegal.

Always double-check your local state and federal laws before making your decision, as laws may change. This is not legal advice.

At first glance, one might think that nitrous modifications are legal in California because the Penal Code 381b only talks about possessing nitrous oxide “with the intent to breathe, inhale or ingest” as a misdemeanor. Many enthusiasts have taken this to mean it’s completely legal to hook it up in the car.

However, all nitrous systems, whether they are hooked up or not, are completely illegal in California. You will find drivers across the state complaining about getting tickets just because the equipment is in the vehicle for when they are at the track, but it is completely disconnected. All intakes must be labeled with a C.A.R.B. number or the setup is illegal in California.

Texas also has laws about inhaling nitrous, making it a misdemeanor to do so. However, there are no laws about automotive use. For the most part, it’s considered legal to have, just not to use for street racing.

Additionally, nitrous usage can affect emissions standards, which could be a problem if you live in a county with testing. With that said, Texas only has three “Aftermarket Modification” rules listed on the TxDPS website. The issues revolve around Vehicle Lighting, Vehicle Height Adjustment and Air Intake Modifications.

As with the other states, it’s illegal to use nitrous as an inhalant. Beyond that, the laws get a little more confusing.

Most law enforcement officers agree that it’s legal to have nitrous oxide, just not to use it on the street. Whether that means the bottle can be hooked up or not, the responses are mixed. Obviously, if you are using nitrous kits for street racing, you can expect to get into some level of trouble.

This state is one with quite obscure laws, making it difficult for the average person to decipher. However, 10-163 states that nitrous ownership is limited to two bottles, with no size noted.

Beyond that, it is completely illegal to street race, using nitrous or not. In that law, it specifically states, “the presence of a canister appearing to hold nitrous oxide attached to a vehicle;” is also considered illegal.

The laws in Pennsylvania are much more transparent when it comes to using nitrous oxide. Clearly, the gas cannot be used as an illegal inhalant.

Beyond that, it is also illegal to have an N2O bottle within the vehicle unless it’s disconnected. It can be found inside the vehicle to transport it to or from a track only.

RELATED: Why Do Police Touch the Back of Your Car When They Pull You Over?

One of the more common truck modifications is to add a lift kit. However, the addition of a lift kit can change the driving dynamics of the pickup, creating a hazardous situation at times. For this reason, some states have laws about lift kits.

For example, Connecticut only allows lift kits that raise the vehicle four inches or less. What’s even more restrictive is the law in Georgia, which only allows for two more inches of ground clearance.

The EPA has a lot to say about emissions control of vehicles. That’s why there’s nothing legal about rolling coal. When diesel engines are tweaked to consume more fuel, dark black clouds pump out of the exhaust, known as rolling coal.

Not only has the EPA deemed this illegal, but various states have also gotten on board. If you live in Maryland, Colorado, New Jersey, Illinois and several other areas, you could get a fine if you push out black smoke on the roads.

Dark window tint has its purposes, whether you are trying to gain some privacy or you don’t want the hot sun baking you while you drive. However, dark tint also comes with some safety hazards, especially if it makes it more difficult to see when visibility is reduced. Of course, some tint also makes it impossible for others to see you, which police officers aren’t fond of.

Every state has its own limitations regarding how dark your car tint can be. Most regulations apply to the side and rear windows because window tint in the front isn’t typically legal. As an example, if you are a driver in Alaska, your side tint must permit 70% light through, while the rear can allow 40%.

For anyone looking to get more power out of the engine, a cold air intake seems like a reasonable modification. It can increase horsepower and improve fuel efficiency, especially if you splurge on a well-known brand. However, cold air intakes aren’t always legal.

In California, to install a cold air intake, you must make sure it receives the proper certifications. This state forbids any modifications that affect the vehicle’s emissions. It’s how the state cuts down on pollution and works toward becoming more carbon neutral. Before you install a new cold air intake, make sure it has the CARB EO exemption number stamped on it. Otherwise, you will find yourself with a pretty hefty fine if you get caught.