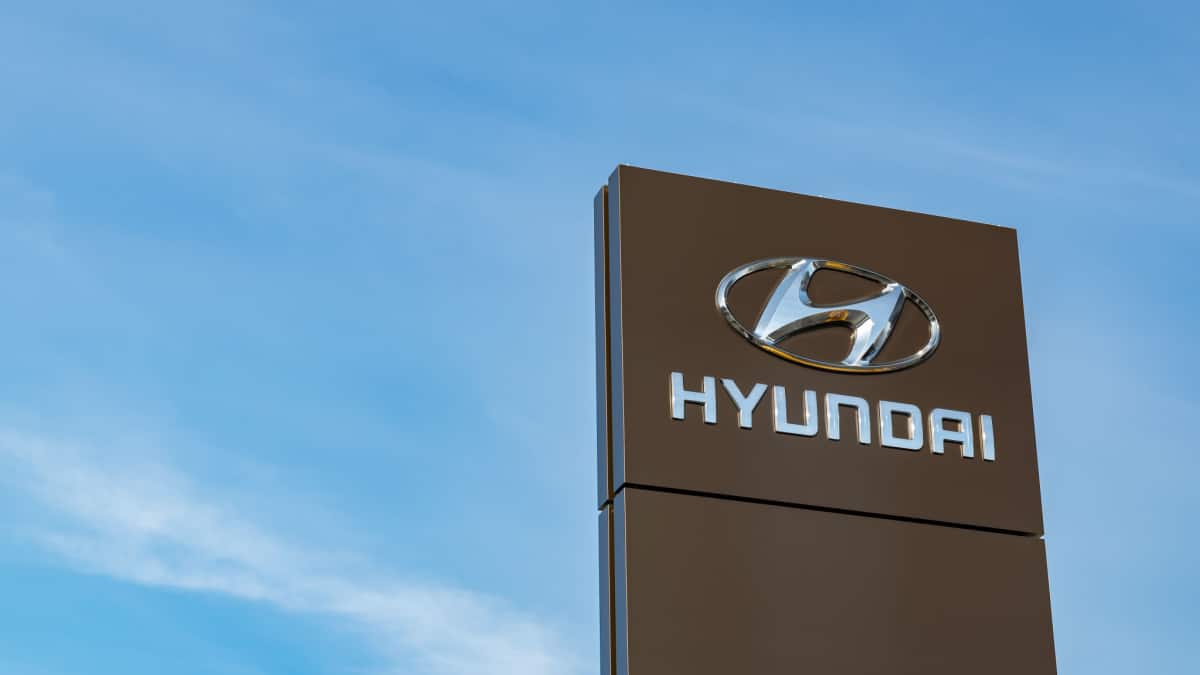 If you are looking to get into a new or used car, you may have come across the Hyundai brand. If you aren’t familiar with this automaker, it’s normal to wonder – who makes Hyundai cars, and where are they made? Are they made in the US or elsewhere?

In this guide, we look at where Hyundai vehicles are made, and we look at who owns the automaker. In addition to that, we go through a brief history of the Hyundai company and discuss the differences from Kia. At the end of our article, you will gain some answers to your top questions.

Hyundai Motor Company is the maker of the Hyundai lineup. This South Korean automaker also operates Kia and Genesis. Many of the vehicles are produced in South Korea, but there are other plants throughout the world, including in the United States.

Hyundai vehicles are sold in over 190+ countries. Some of the most popular models include the Elantra, Tucson, Sonata, and Santa Fe.

The Hyundai Motor Group is the owner of this car manufacturer. It’s a publicly traded company based out of South Korea. The same company owns holdings in Kia and the Genesis lineup of luxury cars.

Additionally, the Hyundai Motor Group is known for advancements in robotics, construction, finance, steel and infotainment. Currently, the company has around 250,000 employees worldwide.

Hyundai began in 1947 with a focus on construction and engineering. It was originally known as The Hyundai Engineering and Construction Company. This company helped to bring South Korea into the modern world with huge advancements in transportation infrastructure.

Sadly, the Korean War made Chung Ju-yung, the founder, rethink the plans he had for the company. He had to stop focusing on engineering and construction to join forces with the Korean Ministry of Transportation.

However, in 1967, he was able to get back to business and founded the Hyundai Motor Company. The first car from the manufacturer, the Cortina, debuted a year later thanks to a partnership with the Ford Motor Company. The car was built in the Ulsan plant in South Korea.

After the success of that car, Hyundai brought an old Managing Director from Austin Morris onto the team. Additional six chief engineers from Europe also joined the team.

In 1974, Hyundai was ready to release its own car, the Pony. This vehicle was also known as the people’s car. The design was created by Giorgetto Giugiaro and it helped to make a name for the automaker. Later that decade, Hyundai started exporting its cars.

By the 1980s, Hyundai was moving into other markets, such as the United States, Canada and the United Kingdom. Only a decade later, Hyundai was ready to move into hybrid and electric vehicles, with the first prototype arriving in 1991.

Today, the automaker is known for producing a variety of vehicle types and sizes for any need. It also continues focusing on the future of transportation by investing heavily in EV technology.

Where Are Hyundai Vehicles Made?

Considering the company is based out of South Korea, it makes sense that there would be assembly plants here. For now, Hyundai has three plants in the country. They are located in Jeonju, Asan and Ulsan. There are also three R&D facilities located in South Korea.

At the Ulsan manufacturing facility, there’s a dedicated port since this is the largest plant for the company. In one day, this plant manufactures 5,600 vehicles, including the Elantra, Accent and Santa Fe.

At the Asan plant, Hyundai makes the Sonata cars. Additionally, the Jeonju facility is used for specialty vehicles, including buses that are distributed outside of the United States.

All Hyundais made in the United States are found at the plant in Montgomery, Alabama. This plant has been open since May 2005. At full capacity, the facility will manufacture up to nearly 400,000 vehicles each year.

With more than 3,000 employees currently working at the plant, the facility pumps out Elantra and Sonata cars. Additionally, this facility creates the engines for Hyundai vehicles.

In 2022, Hyundai released plans to build an EV facility in the United States, maybe also located in Georgia. For now, design offices in the country are found in Michigan and California.

RELATED: Foreign Car Brands in the US

Hyundai is in China through a partnership with Beijing Automotive Group. At the facility in China, four different models are produced.

A local Elantra version is produced in China, along with a Sonata NF, Lingxiang and the BT01. Additionally, this plant works on buses.

In India, Hyundai is the second-largest producer, which makes sense because of its popularity. With 13 different models available in India, there needs to be mass production occurring.

In total, Hyundai was able to sell more than 500,000 vehicles in 2018 in this country alone. The most popular model is the Hyundai Eon because of its low cost, which makes it a top choice for budget-conscious drivers.

Hyundai has operated a plant in Russia since 2010. At this plant, more than 100,000 vehicles are produced each year.

Currently, you can find the Accent, Elantra and Sonata being built here. The plant also supports the production of the Santa Fe for the local market.

The facility in the Czech Republic has been open a little longer than Russia’s, with its debut in 2006. For now, about 300,000 vehicles are made here each year, so it gets more use than the one in Russia.

It’s also the primary plan for the European Union. For this region, the i30 is made, along with the Kona Electric and Tucson.

At one time, the Turkey plant was considered the base for European sales. However, that changed in January 2020 when the plant suspended operations.

Due to falling revenues, production had to be cut back. Other Turkish producers were starting to dominate the market and it was getting harder for the South Korean automaker to compete.

In Brazil, you can find one of the faster-growing plants for the company. Production has moved quickly from about 180,000 to 220,000 vehicles each year.

As Hyundai continues to grow in South America, those sales are sure to move up even further. For now, the plant manufactures the Creta SUV and HB20.

Hyundai vs. Kia: Are They the Same?

Yes, the two brands share factories, engineering and product testing. Yet, the two are considered more of a partnership than the same brand.

Is Hyundai Owned By Honda?

Who is Hyundai Owned By?

Hyundai Motor Group is the owner of Hyundai and it was founded in 1967. This company also owns about 34% of the Kia Corporation. Plus, it’s the parent company of Genesis Motor, a luxury brand and the IONIQ, which is a sub-brand of electric vehicles.

Hyundai isn’t a brand that buys engines from another company. Instead, Hyundai Motor Group is responsible for making the engines that are used in Kia, Genesis and Hyundai vehicles. You can find many engines used in several brands, including the Kappa G3LA and the Kappa G4LD.

Is Hyundai Cars a Good Brand?

Over the years, Hyundai has continued to outperform some of the competition. The majority of cars have been not only economical but also reliable. However, there have been a few models that have suffered from catastrophic failure, so it’s important to do research before choosing a Hyundai vehicle.

Is Hyundai or Kia Better?

It’s a close call between the two brands because the lineups are so similar. However, Kia tends to provide a better overall value with more features included. However, Hyundai vehicles are good for any driver that is looking to keep the price lower and doesn’t care about extra comforts or features.

This article should have helped you learn a lot about the Hyundai vehicle lineup, from who owns the company to how it compares with Kia. With this information, you should have a better understanding of what the company offers, so you can decide if the vehicles are right for you. With the increasing interest in this South Korean automaker, it will be interesting to see the direction it heads in the coming years.