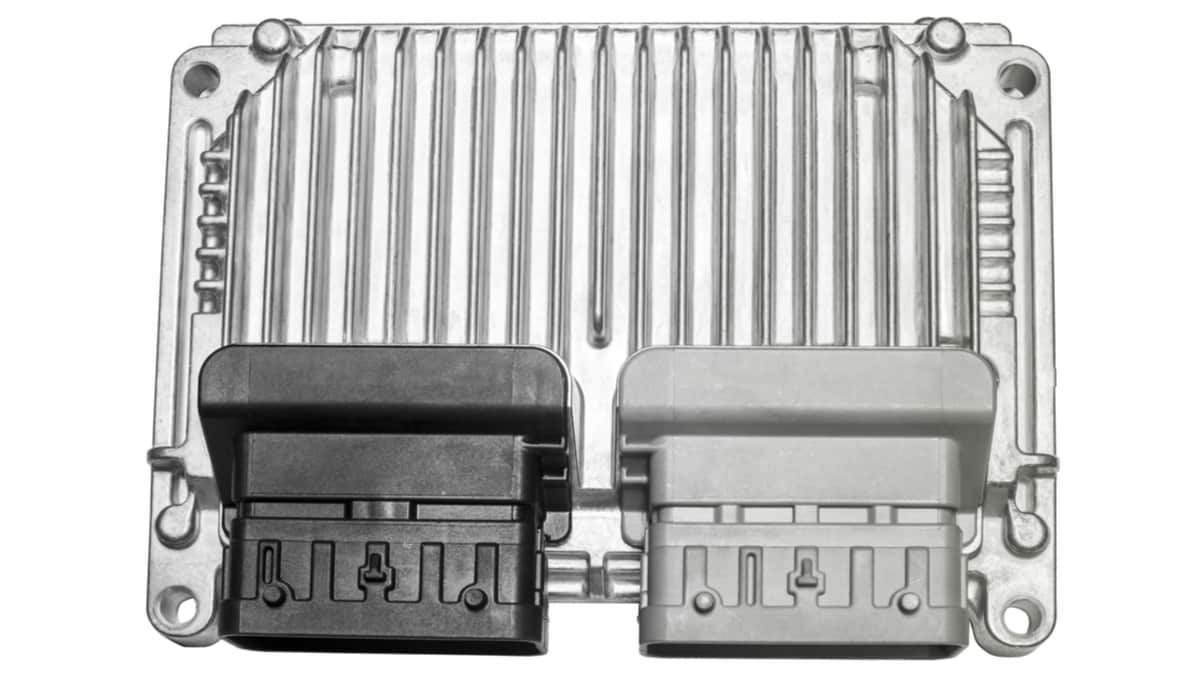 Whether it is called the engine control unit (ECU) or engine control module (ECM), this vital part is one of the most important in modern vehicles. It serves as the main computer for the engine and powertrain, ensuring that the vehicle drives as intended.

When the engine control unit goes bad, it can create a long list of symptoms, making it difficult to drive your car as intended. We review the bad ECU symptoms and look at the cost of replacement. Let’s begin with a quick look at the signs:

Here is a more detailed list of the signs of a bad or failing engine control unit (ECU) to look for:

The most recognizable sign that something is wrong with the ECU is when the Check Engine Light comes on. However, this warning light will go off for a myriad of reasons, not necessarily just because of the ECU.

Using an OBDII scanner should reveal if the problem is a defective engine control unit. If so, it might be caused by a defective circuit, sensor or another electronic component. Research the trouble codes to pinpoint the issue.

If the ECU is failing, you might notice trouble with your car’s idle. It could start misfiring or stalling when you are sitting at a traffic light.

This pattern of stalling and misfiring might be completely random, with no pattern to use for troubleshooting. This problem is caused by a faulty ECU sending the wrong information to the engine, possibly causing too much fuel or air to enter into the ratio.

With an imbalanced air/fuel ratio, the engine won’t run optimized. The ECU could inadvertently send too much fuel to the combustion chamber, causing you to spend more time filling up at the gas station.

That’s why it’s important to keep track of your fuel economy, so you can get a heads up when a problem exists. Plus, if the vehicle is burning through more fuel, you are also harming the environment.

On the other hand, the malfunctioning ECU might not send enough fuel to the combustion chamber. When this happens, you are going to notice some performance issues.

You might step down on the gas pedal only to get no response. The vehicle might also vibrate, especially when trying to climb inclines or if you are towing. It’s best to replace the ECU before your vehicle stops performing at all.

The worst thing that could happen because of a failed ECU is to have a car that won’t start. At first, you might notice it becomes more difficult to crank over until it eventually stops.

While having a non-running car can mean many things, it’s also a symptom that the engine control unit has failed completely. Without any signals being sent to the engine, it simply doesn’t know what to do.

The engine control unit is often found near or on the engine. In some vehicles, you can find it behind the glove compartment or underneath the dashboard also, though.

However, there’s not just one place where the ECU can be found. That’s why it’s essential to check the service manual if you need to find your car’s engine control unit.

The Function of an Engine Control Unit (ECU)

It’s a critical component of any modern vehicle, where most of the essential functions are handled by the ECU. If the engine control unit starts to malfunction, any number of problems can occur, to the point where the car won’t work at all.

While changing the ECU yourself can save you a small amount of money, the majority of the repair expense is the part itself.

In some cases, it’s possible to reconfigure or reprogram the ECU. If that’s possible in your situation, you won’t need to purchase a new engine control unit but will simply have the labor expense.

Additionally, you will have to pay to have the ECU diagnosed at your local shop. In some cases, this could cost $100 to $300. However, if you have an OBDII scanner and don’t mind doing a little online research, you might be able to diagnose the problem yourself.

Economy cars will be the cheapest to repair. If you drive a luxury car with a complex electronic system, the ECU is going to cost you more. While it might be tempting to purchase a used ECU to cut down on the costs, this isn’t a good long-term option. Not only can it fail prematurely, but you will need to have it reprogrammed anyway.

Some engine control units can only the manufacturer reprogram for you and if this is the case, it is very difficult to reprogram it. You need to ask your dealer before you try to switch it.

The main symptoms of a bad engine control unit (ECU) include: