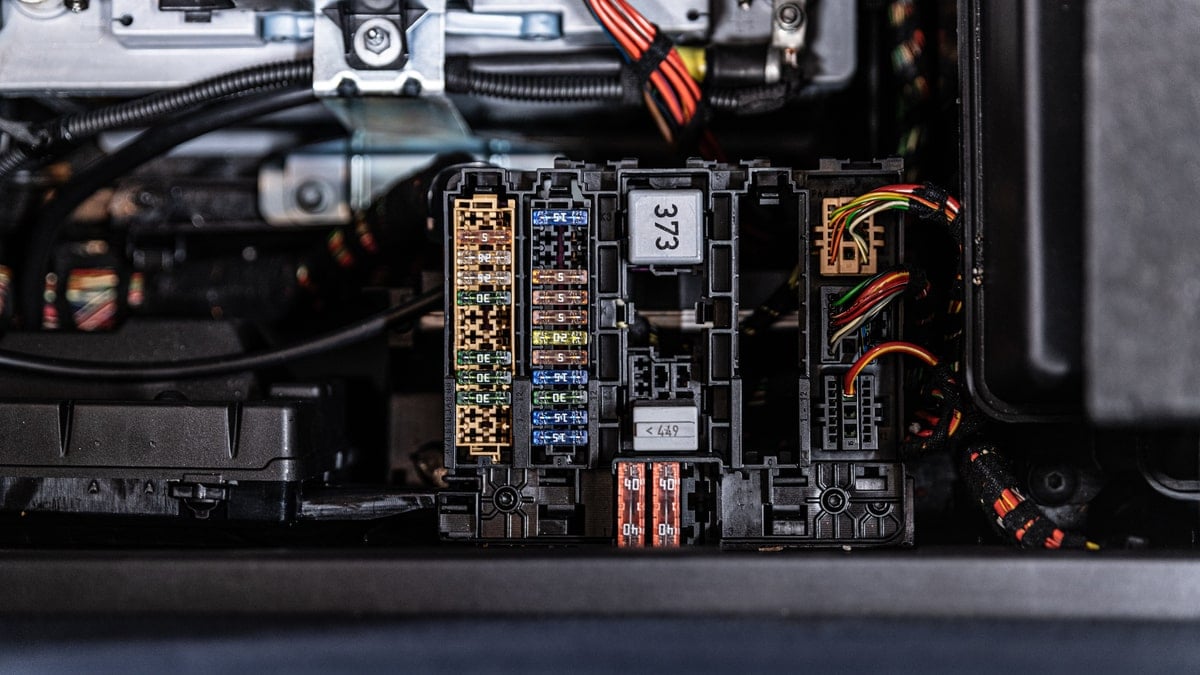 It would be impossible to start a vehicle normally without using the starter relay. Yet, this important component is often overlooked until it no longer works.

If you are having trouble starting your car, it could be due to this part. We look at the symptoms of a bad starter relay, the function it performs, its location, and the cost to replace it. First, let’s take a quick overview of the signs to look for.

Symptoms Of A Bad Starter Relay

The most common symptoms of a bad starting relay are that your car does not start or has intermittent starting problems. In some cases, your starter motor may remain on while the engine is running if the ignition relay is bad. You can sometimes also hear clicking sounds when you turn the key.

Here is a more detailed list of the signs of a bad or failing starter relay to look for:

Whether you are turning the key or pressing a button, when the vehicle won’t start, it could be the starter relay. Most often, it’s due to the failed circuit that prevents the ignition system from engaging.

2. Starter Remains On With the Engine Running

After you start the car, you either release your key or stop pressing the button. At this time, the circuit is supposed to close and everything should continue running as normal. This closed circuit removes all power from the starter motor.

If the starter relay remains stuck on, further damage is going to occur to other components. Not only will this problem harm the relay, but it could also damage the circuit, starter and transmission flywheel.

If you start the vehicle and it doesn’t activate right away, but you try it again and it works, it might be the relay going bad. Thankfully, you are getting a warning that the starter relay is going bad, allowing you time to get it fixed before you are stranded.

If the relay itself isn’t going bad, it’s also possible that there’s a faulty wire connection or one that has become corroded under the hood.

You might hear clicking noises when the car battery is low on amperage, but it could also be a sign that the starter relay is going bad. It happens when the relay can’t send out the full signal.

Most times, the relay operates on an all or nothing basis. It’s either going to send the complete electrical current or it won’t send anything. However, when the starter relay becomes damaged, it’s possible that only a partial signal gets sent. This is what leads to a clicking sound when you attempt to turn the key.

The Function of a Starter Relay

This amount of amperage isn’t safe to run through the ignition switch, but it must be powered whenever the switch turns to “Start.” A relay acts as a bridge and has been used in cars for decades.

With this one circuit closed, power is flowing from the car battery to the starter. When the ignition switch is released, electric power ceases to the first circuit, forcing the electromagnet to open the circuit and turn off the starter.

When the relay loses power from the switch, the circuit remains open and disconnected, and your car will not start.

The starter relay is most often located under the car hood, found in the power distribution center. It can also be located in the fuse block in the cabin.

The relay has wires coming in and out of it. However, there are many other relays used in the car that look similar. If you are unsure which one is the starter relay, reference your service manual.

The average starter relay replacement cost is between $50 and $75, depending on the car model and labor costs. The starter relay parts should cost you around $20, with the labor price at $30 to $55.

Replacing a starter relay is a simple job that doesn’t require any specialized tools. If you are handy, you might prefer saving yourself some money and swapping out the starter relay yourself.

Can you jump-start a car with a bad starter relay?

While you could try jump-starting a car with a bad starter relay, simply jump-starting the battery most likely won’t help at all. But if you use the jumper cables to run the starter motor manually, it would help.

How do you check if a starter relay is working?

The easiest way to check if a starter relay is working is to use a multimeter. First, you need a wiring diagram to find which pin will output power to the starter motor. Then measure the voltage on that pin when you turn the ignition switch to the start position.

How do you bypass a starter relay?

You can bypass a starter relay by bridging the power input and power output pins to the relay. But to know this, you need to use a wiring diagram and a multimeter to make sure you’re doing it right.

Are a starter relay and a starter solenoid the same thing?

No, the starter solenoid is located on the starter motor, and a starter relay is in most cases located in the fuse box in the engine compartment. They serve two different purposes.

The main symptoms of a bad starter relay include: