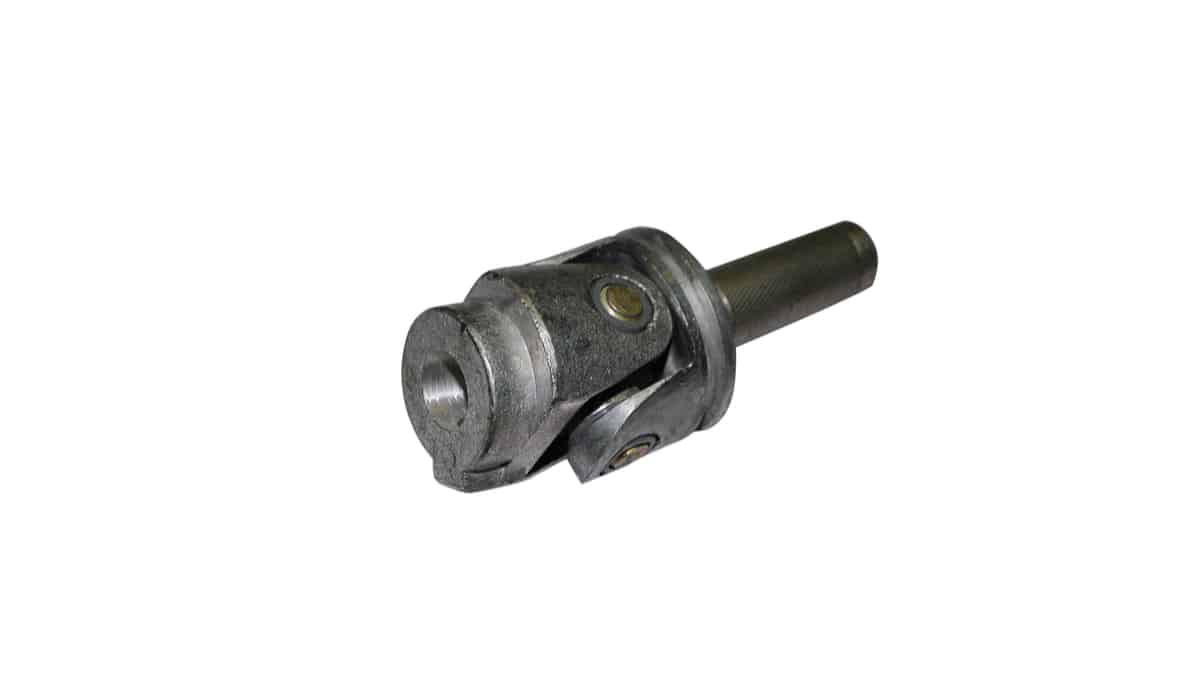 Universal joints, otherwise known as U-joints, are a vital part of the driveshaft in rear- and four-wheel-drive vehicles. When this essential driveshaft part fails, you will experience a myriad of symptoms ranging from noises to trouble handling.

We review the top symptoms of a bad universal joint and show you how much it will cost to replace them. Let’s begin with a look at the signs to look for.

The most common symptom of a bad universal joint is vibration in your car at higher speeds. It can also cause clunking or squeaking noises while driving, and in the worst case, it can damage the seals which cause the transmission to start leaking.

Here’s a more detailed list of the signs of a bad or failing U-joint to look for:

All of the universal joint bearing parts are greased when installed on your vehicle. However, after the vehicle has been used for a good amount of time, the grease might stop lubricating the bearings. The grease is known to evaporate or move out of the bearing cup as the U-joint twists with the driveshaft.

When the bearing becomes dry, contact is made between the metal surfaces, causing a squeaking sound. This condition is most prevalent when the drive shaft is rotating, so you will notice it most commonly just when you start to move, either going forward or in reverse. Once you reach over five to ten mph, you might not hear the squeaking anymore because other vehicle noise is louder.

Squeaking isn’t the only noise your U-joints can make. You may also hear a clunking combined with a ringing sound, most prominently when you shift out of Drive into Reverse. This sound indicates that the U-joint bearings have the proper clearance while driving, but come to an abrupt stop when shifting to Reverse.

If you allow the bearings to go ungreased after hearing the squeaking noise, this is likely the next step. While you could add grease to extend the life of the bearings, it will not reverse the damage that has already occurred.

If you begin to feel vibration when the vehicle is moving forward, it could mean that the U-joint bearings are worn down so much that the driveshaft is moving beyond the normal rotational limits. This situation is leading to vibration and imbalance.

You will notice the vibration is worse than if a wheel was out of balance because the driveshaft moves three to four times faster than the wheels. The defective U-joint is creating damage to other key parts, such as the transmission. You must have the U-joint replaced if you want to avoid any further damage.

Sometimes a transmission fluid leak can be caused by a worn universal joint. You will notice the leak occurring from the back of the transmission if this is the case.

Usually, the leak only occurs after the other symptoms have been ignored. As the U-joints wear more, the transmission tailshaft bushing has created damage to the transmission output shaft seal, allowing fluid to seep through. At this point, you are looking at more extensive repairs than simply replacing the worn U-joint.

If you’ve ever seen a truck sitting on the side of the road with a driveshaft underneath, you can bet that the U-joint caused the problem. When U-joints aren’t replaced at the first sign of failure, they can cause major issues, even complete dislocation of the driveshaft.

When the driveshaft breaks, it will drop off onto the ground below and stop transferring any power. At this point, your vehicle will require more than a U-joint. In fact, it might need an entirely new driveshaft.

Front-wheel-drive vehicles don’t use U-joints. Instead, these cars have two constant velocity (CV) joints that also allow for some compensation with steering.

The Function of a Universal Joint (U-Joint)

However, these prices vary based on what make and model vehicle you drive. It is possible to replace your own U-joints if you are mechanically inclined and have the right tools.

What does a universal joint sound like when it is bad?

You may hear a squeaking noise or clunking from under the car if your universal joint is bad. However, sometimes a bad U-joint will be silent, and you will only notice vibrations when accelerating and at higher speeds.

Can you drive with a bad universal joint?

No, it is not recommended to drive with a bad universal joint. A bad U-joint will cause stress on the transmission parts and can lead to other expensive repair costs, so it’s best to get it fixed as soon as possible.

How long do u joints usually last?

U-joints are built to last the life of a car, and in many car models, you never need to replace them. However, how long your u-joint will last depends on how you drive your car, maintenance and what type of car you have. You should expect a U-joint to last over 100,000 miles in most car models.

What is a common cause of universal joint failure?

The most common cause of U joint failure is lack of maintenance or just age. U-joints should often be greased every 20,000 to 40,000 miles (or as recommended by the manufacturer). Also, if the U-joint is built with poor quality, the gaskets will break and the U-joint will dry out, causing it to break.

The main symptoms of a bad Universal joint (U-joint) include: