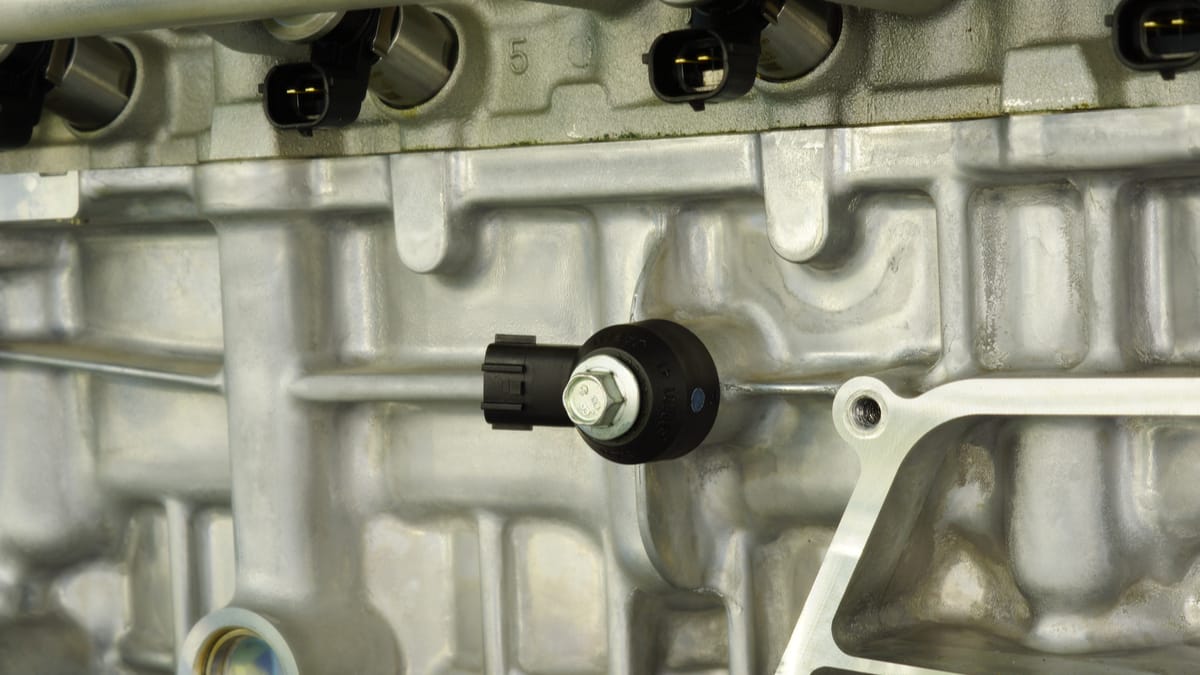 There are tons of sensors built into your vehicle, and they perform a variety of functions. But one of the lesser-known sensors that serve a critical role in protecting your engine is the knock sensor.

But what does a knock sensor do, and how do you know if you need to replace yours? More importantly, how much is it going to cost you? We’ll answer all those questions and more in this comprehensive guide. Let’s take a look at the signs to look for first.

What Are The Symptoms Of A Bad Knock Sensor?

The main symptoms of a bad knock sensor include:

Below we have a more detailed list of the signs of a bad or failing knock sensor to look for:

Just because you have a check engine light for your knock sensor doesn’t mean that there’s anything wrong with the sensor, but there could be. But another possibility is that your vehicle has an engine knock.

Either way, you’ll get a check engine light, so you’ll have to narrow down the problem a bit further after you read the engine code.

Even if your engine control module will, in most cases, do just fine without the knock sensor, it can lead to engine knocking or pinging in rare cases.

Engine knocking or pinging is fatal to your engine, and it can cause serious damages to it within seconds, so it is definitely something you want to avoid.

As soon as your knock sensor gives you, you’re going to notice a decrease in acceleration. This occurs as your engine defaults to reduced outputs to prevent any potential engine damage.

Not only does it decrease the likelihood of further damage, but it also reduces overall emissions to stay compliant with EPA standards.

If your vehicle has a faulty knock sensor, it won’t only affect how quickly it can accelerate, but it’ll also lose its top speed and torque. That’s because those default values that your engine reverts to reduces your engine’s performance to keep your engine from producing too much and force and causing further damage.

Anytime that your engine defaults to default values, you’re not getting optimized performance. Not only does that affect power and acceleration, but it also affects fuel economy.

This fuel economy reduction isn’t likely to be super noticeable, but you’ll probably see a drop by a few miles per gallon.

The purpose of the knock sensor is to check for abnormal noises coming from the combustion chamber. These strange noises are known as knocks and indicate a deeper problem in your system that you need to troubleshoot.

If it does detect a problem, it illuminates the check engine light and reduces overall engine performance to protect your vehicle. While this is a useful feature to protect your engine when something goes wrong, it can also make it a bit frustrating to troubleshoot a faulty knock sensor.

You’ll notice the exact same symptoms if you have a faulty knock sensor that you would detect if you actually had a knock in your engine!

That’s why you need to rule out a potential engine knock before determining that you have a faulty knock sensor. Otherwise, you might be replacing a sensor that’s doing exactly what it’s supposed to!

Keep in mind that not all knocks are loud, so if you don’t know what you’re looking for, it’s best to have a certified mechanic take a look at it and make a diagnosis.

Because of the wide variance on a knock sensor’s locations, it’s best to have an idea of what you’re looking for before you start. A good way to do this is to look up your vehicle’s specific knock sensor on a parts site before trying to track yours down.

Finally, keep in mind that these are electrical connectors, so you’ll be able to tell if you’re looking in the right area if there’s an electrical connector sticking out of the back of the sensor. However, there are tons of different sensors, so make sure you’re disconnecting the right one.

If you’re not sure that you’ve found the right sensor consider taking your vehicle to a certified mechanic for repairs, so you don’t accidentally cause further damage.

The average knock sensor replacement cost is between $250 and $350, depending on your vehicle and the specific repair shop you take it to. But keep in mind that this is if the knock sensor is faulty and not if you have an engine knock.

Before you replace any components, make sure that you have a proper diagnosis that way, you’re not throwing money down the drain replacing the wrong parts.

However, if a mechanic is going to be completing the repairs, standard labor costs for a knock sensor replacement range from $150 to $250.

That’s because depending on what you drive, the knock sensor can be challenging to access without removing other components. The more components your mechanic has to remove or work around, the more you can expect to pay.

Unfortunately, that also makes it more likely that you need to hire a certified mechanic in the first place. But if you can do the job yourself, you can normally save a few hundred dollars.