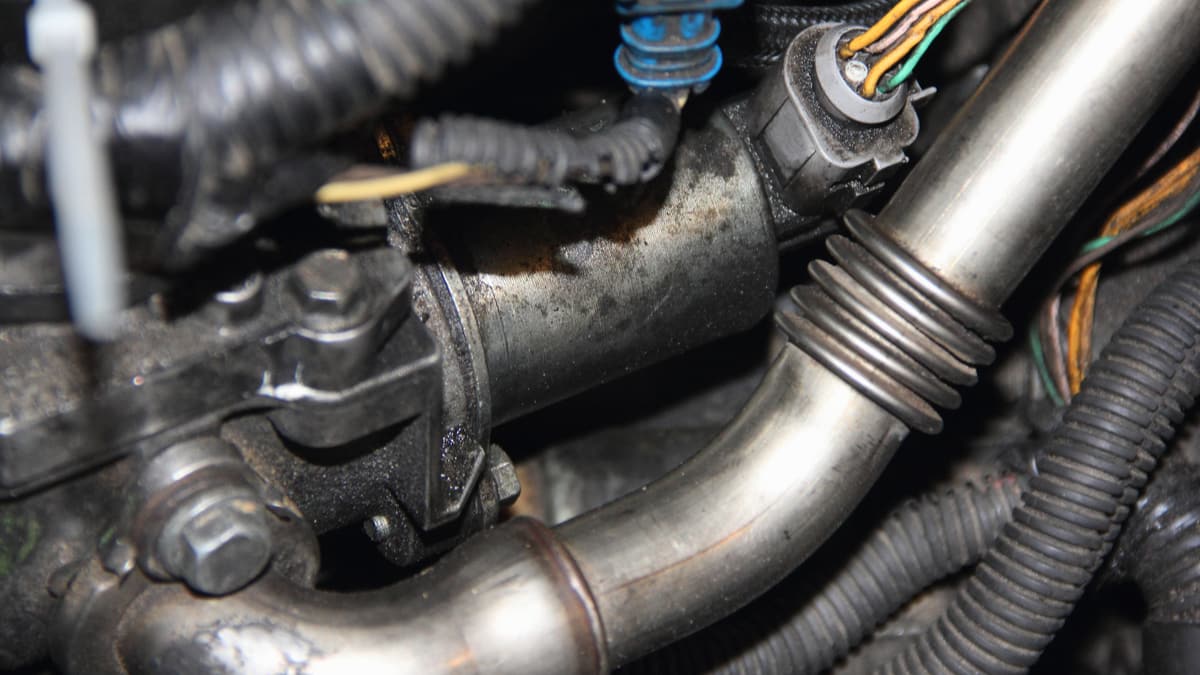 The dreaded Check Engine Light is on your dashboard, once again causing worry and confusion. If a scan of the trouble codes reveals that the issue stems from a bad EGR temperature sensor, you need to know what you are dealing with. While this problem is easy to fix, it can cause a lot of trouble until it’s repaired.

A bad EGR temperature sensor causes the Check Engine Light to come on. It also leads to engine noises, such as knocking or pinging. However, some people don’t know about the problem until the emissions test is failed, showing the system isn’t working as it should.

Here is a more detailed list of the signs of a bad or failing EGR temperature sensor to look for:

When the engine computer notices a problem with any of the signals or sensors, the warning light is going to illuminate. If the EGR temperature sensor is going bad or malfunctioning, the system will try to get your attention by illuminating the Check Engine Light on the dashboard.

However, a Check Engine Light alone isn’t going to tell you that the EGR temperature sensor is failing. You will need to scan the system with an OBDII code reader because many faults can cause the Check Engine Light to come on. If you aren’t sure what the trouble code means, it’s easy to look it up online.

No one ever wants to hear engine noises, but this is one problem that is common with the bad EGR temperature sensor. In fact, a knock or pinging noise can often be heard before the Check Engine Light illuminates.

As the EGR temperature sensor fails, issues are caused by the system’s flow. Any alteration to the flow can cause the temperature in the cylinders to rise, which is what creates the alarming sounds. The noise can also resemble something metallic that’s rattling inside the engine, showing there’s an issue with combustion.

You should never ignore the signs of an engine knock or ping. It’s possible that the issue is greater than just a failing EGR temperature sensor. Because the issues can lead to engine failure, you want to get a quick diagnosis and repair what is defective.

If you go for an emissions test and the vehicle fails, it could be a sign of a failing EGR temperature sensor. In some cases, the Check Engine Light might not be on, so a failed test could be the first sign. A malfunctioning sensor can give off false readings or fail completely.

If emissions tests are required in your area, you could violate regulations, leading to possible fines. Additionally, the emissions troubles can lead to more damage. The car might use more fuel during this time and the extra fuel can lead to issues with the catalytic converter, which is expensive to replace.

The EGR temperature sensor is part of the exhaust system. It sits on the exhaust manifold. It’s either mounted right to the manifold or it can also be located by the EGR valve.

It’s simple to take the old EGR temperature sensor off. You want to start by disconnecting the negative battery cable. From here, take off the electrical connector to the sensor. There should be a tab that you need to push down before you slide it off. To remove the sensor, you want to unscrew it with a compatible wrench or ratchet.

The EGR temperature sensor stands for exhaust gas recirculation temperature sensor. It’s an electrical sensing probe responsible for monitoring the EGR gas temperatures. Its other purpose is to transmit the signal it receives back to the engine computer.

Don’t procrastinate replacing the EGR temperature sensor at the first sign of trouble. Not only are you allowing excessive consumption of fuel, but the catalytic converter is going to experience more damage until it is repaired. Considering the average catalytic converter replacement costs $900 to $2,500, you are preventing an expensive repair bill with this simple action.

While you might need to replace the EGR temperature sensor, this shouldn’t be your first step. Instead, you should consider cleaning the sensor first. In many cases, the issues can be resolved with this simple action. Over time, carbon builds up on the sensor, causing it to send incorrect data back to the computer that leads the entire system to malfunction.

Cleaning the EGR temperature sensor doesn’t take a lot of effort and you don’t need any special chemicals. In fact, you should avoid using any chemicals on the electronics because you can create more damage. Simply take a dry, clean cloth and wipe down the sensor. You might see the buildup removed, especially if it hasn’t ever been cleaned.

Try the sensor again to see if it fixes the problem. If you are still noticing the same issues after cleaning the sensor, you will need to replace it.

The main symptoms of a bad EGR temperature sensor include: