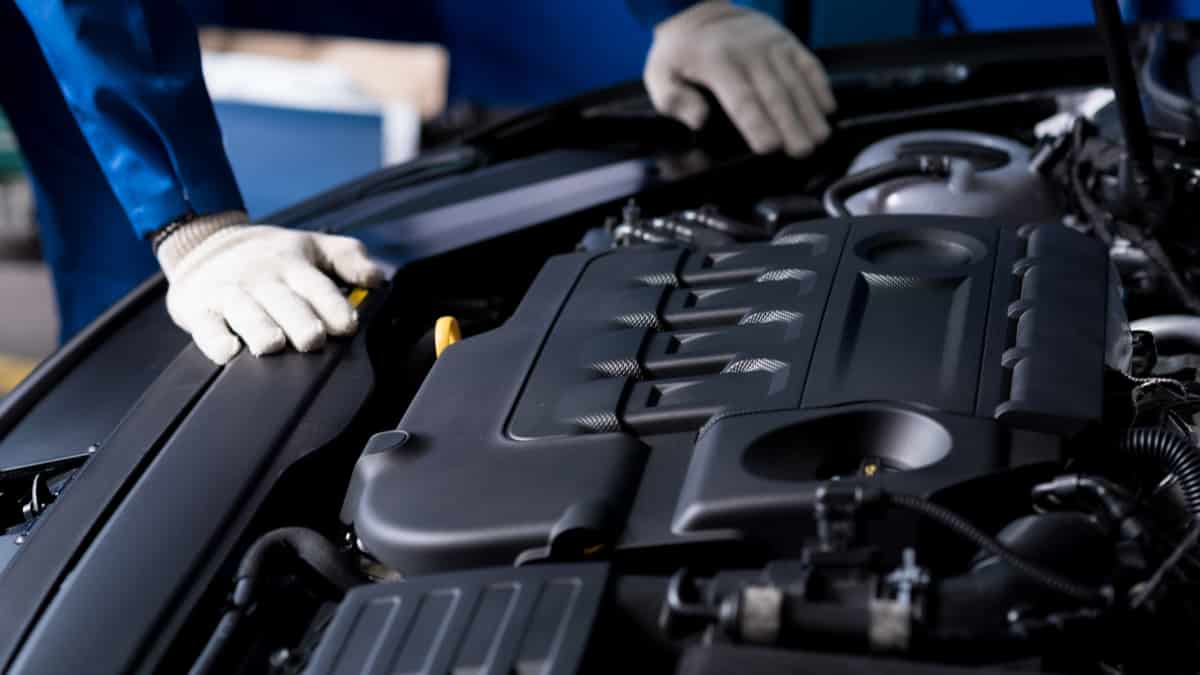 Does it ever feel like you need to be a sound expert to figure out what’s wrong with your car? With all the moving parts, there is a lot that can go wrong. From squealing to grinding, it’s important you know how to discern the different sounds your car engine is making.

One part you don’t ever want any strange noises coming from is the engine. Yet, it happens. Quick diagnosis of the problem can help you save your engine. We review 7 common car engine noises and show you what each means.

Is there ever a time that squealing is good, even outside of the automotive realm? If you hear a squeal coming from under the hood, it should cause alarm. Most times, this annoying sound is related to a loose or worn-out serpentine belt.

This belt is responsible for controlling all of the engine accessories, such as the alternator and water pump. Because of its importance, you don’t want to ignore the need for a replacement.

However, there are other reasons that your car might be squealing. If it’s not coming from the engine area, but rather when you turn, your issue might be in the steering system instead. Or, if you hear squealing when you brake, you might need new brake pads.

There’s a distinctive sound that the car engine makes when the oil is low. It resembles a clicking, ticking or tapping noise. Thankfully, this condition is one of the easiest to diagnose; just take a look at the dipstick.

You can also resolve the issue easily by adding more oil. However, adding oil is a short-term fix. You still want to figure out why your car is low on oil in the first place.

Low oil can be caused by a leak, either internally or externally, as well as conditions where it is being burned up.

However, if you check the oil and everything seems fine, you might have a valvetrain problem instead. These are serious concerns that should be looked at right away.

There are many different car systems that can make a grinding noise, but when just focused on the engine alone, it could be due to worn-out bearings. If this is the case, you will hear the grinding sound when driving or idling.

However, a grinding noise that occurs during shifting is likely a worn-out clutch instead. Grinding can also occur when taking a turn because of a bad CV joint or another suspension-related issue.

Of course, the most notorious grinding sound occurs with the brakes when the pads are worn down. Once this sound occurs, you know that the brakes are down to the metal.

Whether you hear grinding from the engine or other car components, it’s a serious sound that shouldn’t be taken lightly. Get your car to a local service shop right away.

The engine can make a distinct pinging or metallic knocking sound while driving. This condition is known as detonation knock.

This occurs when the fuel and air mixture in one of the cylinders is detonating at numerous locations simultaneously. It’s possible that you put the wrong octane fuel into the system, which can cause this problem.

However, it can also be caused by a lean air and fuel mixture, poor timing or a damaged knock sensor. All knocking noises need to be dealt with immediately before further engine damage occurs.

We’ve all heard it once in our lives – that distinctive explosion sound that reminds you of fireworks. This condition is known as a backfire. It occurs when the fuel wasn’t burned in the combustion chamber and escapes.

Once it moves beyond the combustion chamber, it combusts in the exhaust instead. Any time the fuel/air ratio becomes too rich or lean, a backfire can occur. Allowing your car to backfire only puts it at further risk of damage.

If you hear a sizzling or popping sound immediately after shutting down the engine, there could be a leak. Either oil or coolant is leaking onto a hot engine component.

You might see the leak on the exhaust manifold, or it could be harder to find. It could also just be a vacuum line. Either way, the problem should be addressed immediately, especially if the engine is starting to overheat.

There are a number of conditions that cause popping sounds in the engine. Many of them will be accompanied by engine hesitation, affecting the performance of your car.

Some of the most common reasons for engine popping include a clogged fuel filter, ignition issues, fouled out or dirty spark plugs, damaged plug wires or a faulty catalytic converter. Some of these fixes are simple and low-cost, while others, such as the catalytic converter, are going to be more expensive.

Whatever noise you are hearing, it’s vital to have it diagnosed immediately. Otherwise, the problem could lead to irreversible engine damage. Luckily it is often enough with smaller repairs when you experience any engine noise.

If the engine becomes damaged beyond repair, you are going to need a replacement.

However, buying a new engine is quite expensive. For most people, it’s better to purchase a remanufactured engine. If you have a newer car, you will want the warranty that comes with a brand-new motor instead.

A used engine and labor will still likely run $1,500 or more. New gas engines and installation are going to be $3,000 or more. A new Ford V10 engine costs $5,000 or more. However, there are some cars that don’t cost as much. For example, a new Ford Focus engine might only be $500 for the engine, not including the labor. If you have a diesel engine, you are looking at a much higher bill.