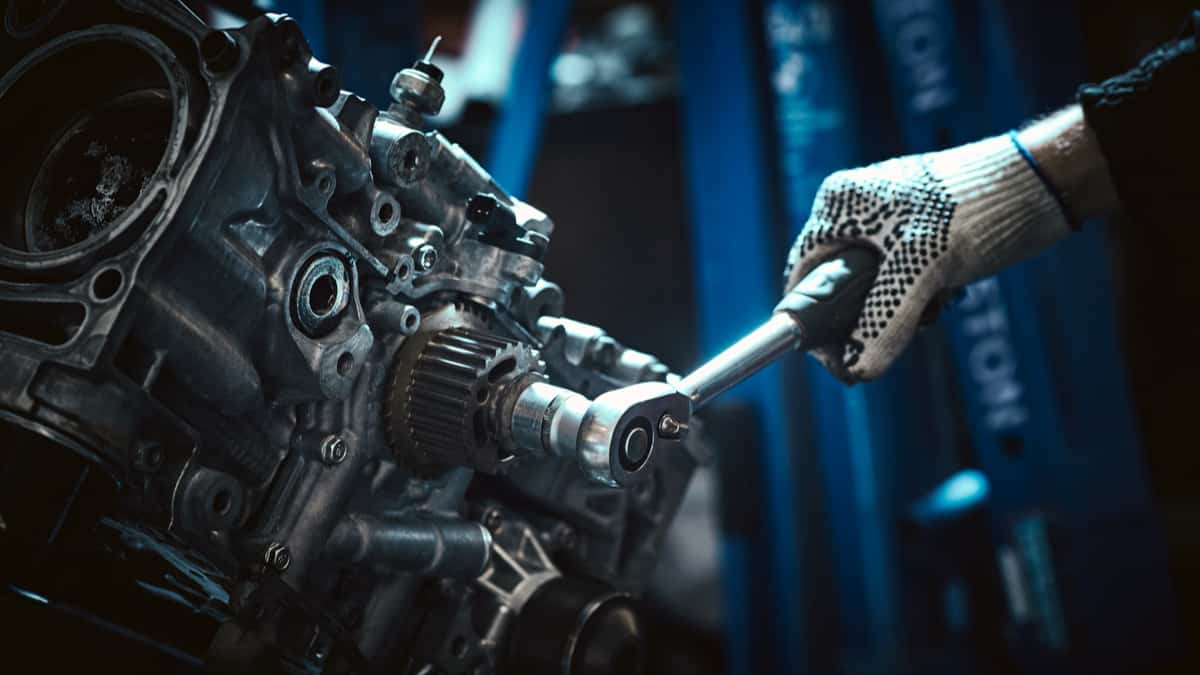 Your car engine is a sophisticated component containing many working parts. If something breaks, the whole system can be thrown off-balance, possibly leading to a seized engine.

A seized engine means that a major part has stopped moving, causing the engine to fail. We look at the symptoms of a seized engine, what it means, reasons why it happens, and how to fix it.

What Is A Seized Engine?

A seized engine means it’s stuck, and it won’t rotate when you try to start it. The electronics in your car may work, but nothing will happen when you turn the key. A seized engine is often caused by serious engine damage, which is often very costly to repair.

What Are The Symptoms Of A Seized Engine?

The main symptoms of a seized engine include:

Here down below is a more detailed list of the signs of a seized engine to look for:

When the engine seizes, the car might not start. You should still be able to turn the car on and run the electronics, such as the heater fan, lights and radio.

However, cranking the engine will produce no action. If anything, you will hear a clunking sound when the starter impacts the flywheel.

Sometimes the engine seizes because an internal part became loose and lodged itself into another component. If this is something such as a piston connecting rod, it could penetrate through the engine block.

An inspection of the engine block would reveal the problem because the parts can come through the top in severe cases.

The seized engine itself doesn’t create burnt wires; it’s what happens after the engine fails. As the starter attempts to crank the engine, additional problems occur.

The starter isn’t able to turn the engine, so the wires start overheating. You will notice smoking and a burning smell, which is a common occurrence after a seized engine happens.

Shortly before the engine seizes, you might notice some strange engine noises. Sometimes these noises appear as a light tapping, or it can be a faint knocking.

Either way, the engine is about to fail completely once you hear the dead knock. This sound often accompanies a piston connecting rod hitting the crankshaft.

What Causes A Seized Engine?

The most common cause of a seized engine is that it has been running with a lack of engine oil in the oil pan. It can also be caused by water in the cylinders or a broken crankshaft rod or piston. In many cases, it can also be the result of driving with an overheated engine.

These are just some of the possible causes, here is a more detailed list of the most common causes of a seized engine:

Your car engine needs oil to maintain proper lubrication of the moving parts. The oil also provides some cooling to the engine components.

When the engine oil gets too low, the engine begins to heat up and parts start rubbing together. A lot of friction starts to occur as the internal components dry out. The engine can only run like this for so long and will eventually seize.

2. Water in the Engine

Water isn’t meant to be in the car engine, but sometimes it finds a way in. If you drive though a large puddle, water can makes its way into the intake.

Over time, metal is prone to rusting. As the vehicle gets old, the chances of rusty parts become higher.

While internal engine parts don’t generally get rusted with proper lubrication, if water got inside, it could happen. Once parts are rusted, the components grind together, causing metal shavings that could interfere with operation.

Rust isn’t the only thing that can happen to the moving parts. It’s also possible for components to break. This problem occurs with the valves, connecting rod or pistons.

If these parts break off, they get stuck somewhere in the engine where they don’t belong. This is the cumulative effect, where one defect led to another.

The engine should never be allowed to overheat, or you are looking at serious problems. First, overheating engines lead to expanding pistons, which can create damage to the cylinder walls.

Aside from this, you can also blow a head gasket when the engine overheats, which is another expensive repair.

While a locked starter isn’t going to cause a seized engine, the symptoms are closely related. The two can feel the same.

When the starter seizes with the solenoid stuck, it grabs the flywheel. Thankfully, this repair is much more manageable than a seized engine.

If the timing chain, belt, or camshaft fails, it can cause the valves to hit the pistons. As we’ve already looked at, trouble with the pistons causes the engine to seize.

How to Fix a Seized Engine

Fixing a seized engine starts with ensuring that’s the problem. Many times, a bad starter resembles the same symptoms, so you want a proper diagnosis first.

By manually rotating the crankshaft, you rule out the starter. However, if it won’t rotate, you want to remove the starter and try again.

Remove the serpentine belt and try to rotate it again to make sure it is not seized because of a bad alternator or ac compressor.

If you have the knowledge, you should also check the timing belt or timing chain timing.

Once you determine the engine is seized, you don’t have a lot of options for repair. Most of the time, it makes the most sense to replace the engine. Without seeing inside the engine, it’s difficult to know how much damage has been done.

Sure, there are some internal components that could be repaired with the help of a machine shop, but this can become more expensive than replacing the motor. However, high-performance or rare motors might be better fixed instead of replaced.

If the engine is seized up because it spent too much time in the elements, you might be able to salvage the engine because there aren’t internal defects. A qualified mechanic can help you determine the right course of action.

Can a Seized Engine be Rebuilt?

There’s always the option to rebuild a car engine, but labor costs can become astronomical depending on what the problem is. Before getting an estimate, the mechanic will have to pull the engine apart to look for irreparable damage. Mainly, the mechanic won’t want to see a rod through the engine block.

Additionally, if the engine has overheated, it might have warped internal components, thereby degrading the durability. In most cases, it just makes sense to replace the engine.

The seized engine repair costs are going to quickly exceed $3,000 whether you choose to replace it or rebuild it. If you have an older vehicle, this expense won’t make sense, which is why many vehicles with a seized engine end up in the junkyard.

Can you fix an engine that is seized?

Yes. Seized engines can be fixed, but it is not an easy task and it can require a lot of money. How expensive it will be depends on what caused the engine to seize up in the first place. If the engine is stuck due to a broken timing chain or belt, you may need to rebuild the entire engine which can cost over $5,000.

How do you free up a seized engine?

If your engine has seized because it hasn’t been used for a long time, try filling the cylinders with oil for a couple of hours and then try again. However, if the engine is seized due to damage, the engine needs to be repaired and sometimes even replaced

How much is my car worth with a seized engine?

Can you trade in a car with a seized engine?