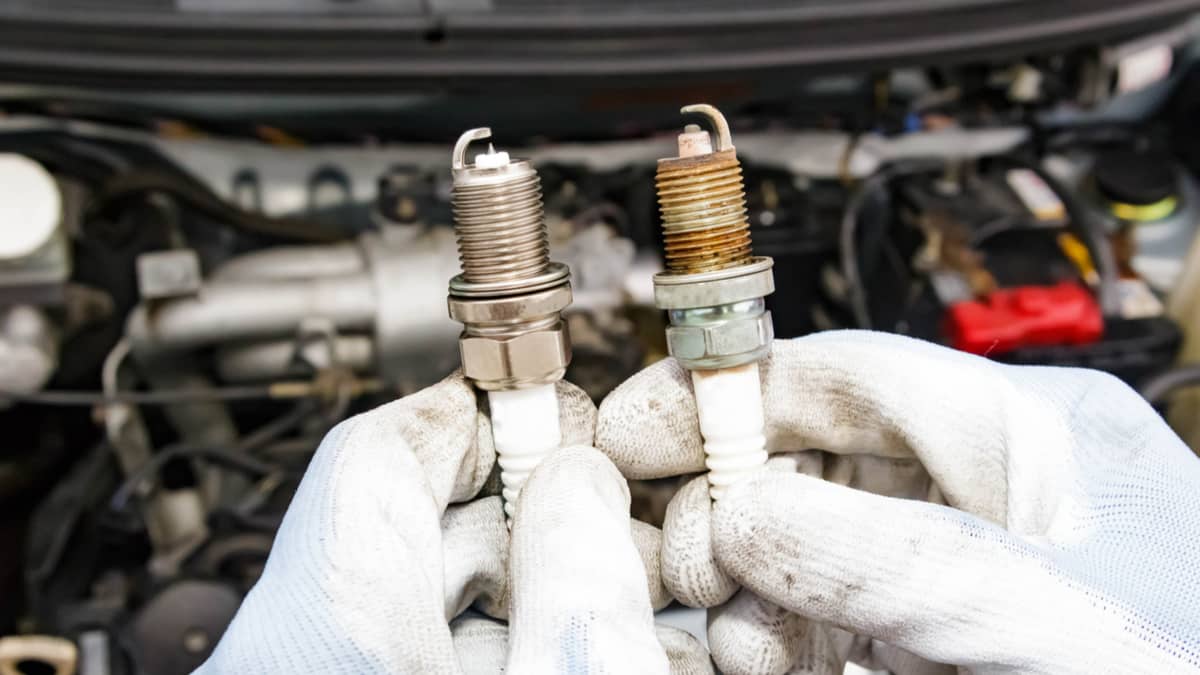 If something is running lean, you would automatically think that it’s a good sign, but that’s not the case with the car engine. With an engine running lean, you could face many performance problems or end up stranded on the side of the road. What does it mean to have a lean running engine and what can be done about it?

In this guide, we discuss the definition of a lean running engine and show you what causes it. We also look at some of the top symptoms and show you the best fixes, so you can get your car running normally once again.

What Does it Mean When the Engine Runs Lean?

If the engine runs lean, it isn’t getting enough fuel. To someone that doesn’t understand car engines, it might seem that this is a good thing, possibly even save some money on gas. However, allowing the engine to run lean can lead to serious damage.

When the engine doesn’t get the right amount of fuel, it has to work harder to perform. Left unchecked, the problems only get larger, eventually leading to irreparable engine damage.

The most common reason why an engine is running lean is due to a clogged fuel filter, vacuum leak, failing fuel pump, or clogged fuel injectors. It can also be a faulty sensor like a bad O2 sensor or MAF sensor sending the wrong information to the ECU.

Here is a more detailed list of the possible causes of engine running lean:

The fuel filter is responsible for removing contaminants and dirt from the gas. Over time, the grime and debris build up in the filter, eventually leading to a clog.

If fuel can’t get through the filter, it won’t make its way to the engine. That’s why it’s important for you to change the fuel filter as part of your regular maintenance.

The fuel pump sits in the tank and it’s responsible for pushing the gas into the engine. If the pump fails to work, fuel cannot make its own way into the combustion chamber, causing the engine to run lean.

Fuel pumps aren’t part of the regular maintenance and can be difficult to replace. That’s why it’s important to keep your tank always more than ¼ full to ensure the pump gets the care it needs.

If you are regularly changing the fuel filter, the injectors are being cared for. However, when debris and contaminants get into the injectors, trouble is about to follow.

Even the smallest bit of dirt can cause an injector to malfunction. You can try to use a fuel injector cleaner, but if that doesn’t work, it’s time for a replacement. This can be a hefty bill you don’t want to pay.

The oxygen sensors tell the ECU how much fuel needs to be added to create the perfect balance with air. However, when the sensors malfunction, the wrong information can be sent to the ECU.

The ECU could trick the vehicle into sending too little fuel because of this faulty data. However, changing out the oxygen sensors is often a simple task.

The MAF sensor is responsible for monitoring how much air enters the engine. This sensor also sends information to the computer, so the right balance of fuel can be injected.

For the same reasons, a faulty MAF can cause too little or too much fuel to enter the combustion chamber. When the balance of fuel is too low, the engine runs lean.

It can also be leaks coming from the boost pipes, or anywhere between the MAF sensor and the engine intake. However, cracked vacuum hoses is the most common issue.

What Are The Symptoms Of An Engine Running Lean?

The symptoms of a lean running engine include:

Here is a more detailed list of the signs of a lean running engine to look for:

The first sign that the engine is running lean shows itself in the everyday performance. There will be a significant drop in the power output of the engine, resulting in a reduction of acceleration.

As the problems get worse, you might have trouble keeping the engine running. It’s going to sputter and sound like it’s dying right before it stalls.

In some cases, you may be able to step harder on the accelerator to force more fuel into the system. However, it’s only a matter of time before the vehicle leaves you stranded.

The engine cannot run if the fuel is withheld. That’s precisely what happens when the engine runs lean. At first, you might notice the performance issues and stalling, but the trouble gets even worse.

Eventually, the car won’t start at all. If you have been experiencing the other symptoms and it turns into having trouble getting the motor turned over, you might have a situation that’s causing it to run lean.

Most people don’t examine the spark plugs, but if you did, you would notice they look different when the engine runs lean. Spark plugs are meant to get dirty and worn.

If you pull one out and it looks brand new or white, it’s an indication that the engine isn’t getting enough fuel. In this case, clean-looking plugs aren’t a good thing.

When the Check Engine Light comes on, you know something is wrong. However, it can be tough to discern the meaning because this light illuminates for hundreds of reasons.

When the ECU senses that something is wrong, a trouble code is set and the light comes on. With a code scanner, you can determine if the problem is related to a lean-running engine or something else, so you can take quick action.

If the Check Engine Light is on, your first step should be to read the engine codes. With a professional code scanner, you might gain a better understanding of what’s going on.

Hopefully, the code tells you exactly what part is defective. With that said, there’s always the chance that you will only see a generic “Engine Running Lean” code, which doesn’t give you much insight.

Once you’ve determined what the defective part is, you can repair it. There are some parts that can simply be cleaned, such as the injectors. By cleaning the injectors, you might save some money.

Otherwise, the parts will need to be replaced. Some of these parts are cheaper than others, plus it’s easier to repair certain components than others. Evaluate whether you can accomplish the fix on your own before moving forward.

If you don’t feel that you can repair the problem on your own, it’s best to visit a local shop. Do your research to find a trustworthy repair shop at a reasonable price.

It’s also helpful to visit local mechanics if you are having trouble figuring out what’s going on. Instead of banging your head against the wall, let someone else perform the diagnosis.

We covered that a lean-running engine means it isn’t getting enough fuel. This means the combustion chamber contains too much air, creating an imbalance. The symptoms of this problem result in sluggish performance, stalling and even trouble starting the car.

How is this different from when the engine runs rich? A rich-running engine means that too much fuel and not enough air are in the combustion chamber. In this case, you might be able to start the car but will likely experience a decrease in fuel economy and a strong smell of gas. Over time, this problem will cause the catalytic converter to fail, which is an expensive repair. A dirty air filter is the most common cause for an engine running rich and is a simple thing to fix.

In either situation, it’s best to repair the problem causing the imbalance right away. Otherwise, you may find yourself with more costly and troublesome issues down the road.

Can you drive a car running lean?

While you can most likely drive your car engine while running lean, it is definitely not recommended. A lean engine will create a lot of heat which can damage internal engine parts, especially at high loads on powerful engines.

Is it better to run lean or rich?

For the engine, it is considered safer to run rich because of the speed at which a lean engine creates so much heat. A lean engine can also cause detonations which will cause damage to your internal engine parts, which can result in an expensive repair bill.

What do spark plugs look like when running lean?

A lean running engine causes the spark plug electrode to turn white. If it’s black, it’s rich or burning oil. If it is light brown, the air fuel mixture is perfect.