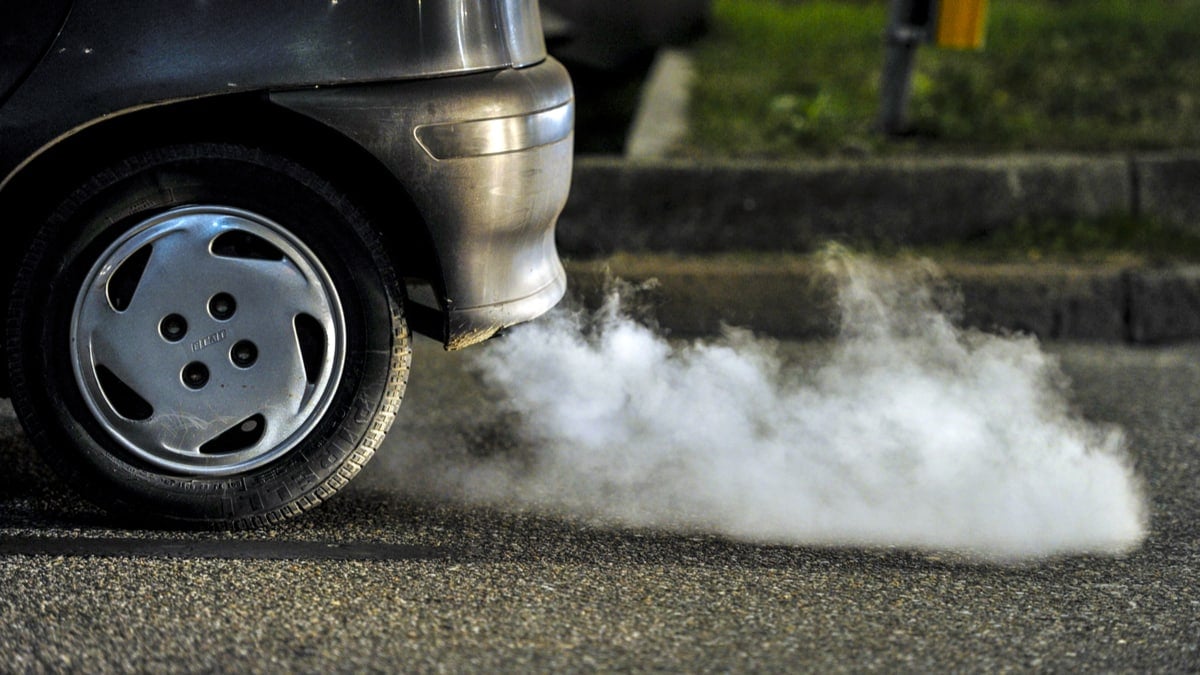 Car engines run through the combustion of air/fuel mixture. Spark plugs are used to provide the necessary spark for ignition. This will then move the pistons and crankshaft.

However, inefficiencies can cause more fuel than is required to be supplied to the engine. When this happens, we say the engine is running rich.

Having a car that is running rich means you are spending a lot on fuel. So it is necessary to fix your engine running rich as soon as possible.

What Does It Mean When An Engine Is Running Rich?

When a car is running rich, it means the engine is injecting too much fuel and too little air for perfect combustion, a rich air-fuel mixture. This will not only lead to a high fuel consumption bill, but it can also cause damage to costly parts like the catalytic converter if you are unlucky.

Therefore, if your engine is running rich, you should definitely consider fixing it as soon as possible to prevent further damage.

The most common reasons why your engine running rich are a faulty MAF sensor, O2 sensor, or MAP sensor. It can also be caused by a faulty coolant temp sensor, IAT sensor, or a faulty fuel pressure regulator.

There are many parts that could cause a rich running engine because there are so many parts in an engine affecting the fuel mixture.

This list by itself will probably not help you to solve the issue, so here is a more detailed list of the most common causes when your engine running rich.

A faulty MAF sensor is the most common cause of an engine that is running rich.

The MAF sensor calculates the air, which is going into the engine, and then calculating the air-fuel mixture that should be added. If this is dirty or failed, it will cause the engine to run too rich or too lean.

If the MAF sensor is faulty, it will calculate the wrong amount of air entering the engine and adding too much or too little fuel.

The O2 sensors are located on the exhaust pipe to sense the air-fuel mixture from the previous combustion.

If the O2 sensor is getting information suggesting a lean mixture, it will tell the engine control unit to add more fuel during the next combustion and vice versa.

If this is faulty and tells the engine control module to add more fuel, even if the air-fuel ratio is good – it may cause a rich fuel mixture. A faulty O2 sensor can cause the engine to run too rich.

In some cars, they have a MAP sensor instead of the MAF sensor. There are also cases when you can have both a MAP and MAF sensor.

The MAP sensor calculates the air-fuel mixture based on the air pressure in the intake manifold. If you have a MAP sensor, it’s absolutely worth checking this part.

Diagnosing the MAP sensor is quite easy with a diagnostic tool since you can check the pressure it shows when the engine is off, which should be the same pressure as our air pressure.

When the engine is cold, the engine needs more fuel to run properly. It is the engine coolant temperature sensor‘s job to measure the coolant’s temperature to identify when it should add extra fuel to the engine.

If the engine coolant temperature sensor is faulty, you may get a mixture that is too rich.

The intake temperature sensor calculates any additional fuel that should be added or restricted based on the temperature of the air entering the engine.

The intake temperature sensor is often installed inside of the MAF sensor and can not be replaced separately.

A faulty fuel pressure regulator will cause the fuel pressure to get too high or too low. This can cause a mixture that is too rich.

You will also want to check the vacuum hose to the fuel pressure regulator to ensure there are no leaks around it.

The injectors are the ones handling the amount of fuel entering the engine. If one injector is not flowing as it should or is stuck open, it might cause a rich mixture in your engine.

The main symptoms of a rich running engine include:

Here is a more detailed list of the signs of a rich running engine to look for:

When the fuel to air ratio is high, you will have the check engine light coming on.

The engine control module controls all the sensors, and if one sensor in your car will misfunction, it will light up the check engine light on your dashboard.

If excess fuel is going to the combustion chambers, it means that some of it will not be fully ignited.

The catalytic converter has a way of removing some of this fuel, but it will find its way to the exhaust system when it is in excess. Unburnt fuel smells like rotten eggs.

One of the symptoms of an engine running rich is that you do not get the right gas mileage. This is because the car does not need all the fuel being supplied. However, it is normal to spend more on gas during winter or when carrying heavy loads.

For your car’s engine performance to be normal, there has to be the right amount of fuel/air mixture. The assumption is that if there is an overflow of fuel, then the car will move faster. This is not the case as the excess fuel does not get combusted.

When you have problems with the air/fuel ratio, then you will experience low car performance. Also, you will notice that anytime your car is idle, the RPMs keep moving erratically.

When your engine is running rich, it will cause bad emissions. A rich air-fuel mixture will create black smoke, which will then come out from your exhaust pipe.

If it looks by your exhaust pipe like you have a diesel engine, but you don’t – then it is really time to check the air-fuel mixture.

Carbon monoxide is a dangerous exhaust gas. The catalytic converter works overtime to remove any traces of carbon monoxide in the exhaust. When your car’s engine is running rich, it means that you are producing more gas.

This can be dangerous when you are in an enclosed room with poor ventilation. You also risk not passing state-sanctioned emissions tests.

If your engine is running rich, the spark plugs accumulate some black deposits at the bottom. This prevents them from operating efficiently. The soot will find its way to other engine parts, further causing damage.

The unburnt fuel eventually finds its way to the catalytic converter, and due to the number of impurities, it will clog it. With time, you will be forced to dismantle it and replace it.

Diagnosing an engine that is running rich is really not that simple. It often requires some diagnosis skills if you do want to waste money on just replacing parts.

This is how a professional would do it, and you might need some extra tools to make it.

You also want to look for technical service bulletins and recalls for your car model. Sometimes it can get fixed for free by your car’s manufacturer if there is a recall. For example, for some BMW and Mini vehicles you will find bulletins regarding rich fuel mixture.

Is it better to run rich or lean?

While neither running too rich nor too lean is generally good for the engine, a lean engine is worse. Running the engine lean will cause a much higher temperature in the combustion chamber and can actually even melt the pistons if you are unlucky. A lean mixture can also cause detonations if the temperature gets so high that it self-ignites.

Can a rich running engine damage the engine?

Yes, a rich running engine can cause a lot of issues. It can cause issues like fouled spark plugs, deposit buildup on the valves and pistons, and ultimately engine failure. If the engine runs so rich that the fuel does not ignite, unburned fuel can end up in the catalytic converter and destroy it.

What do spark plugs look like when running rich?

Spark plugs that are running rich will be covered in soot and will be black in color. If you were to look at a spark plug that was running lean, it would be a light gray or white color. If you see a light-brown color, you see perfect combustion.

If your engine runs rich, the exhaust gases will smell like fuel or have a slightly sweet smell. This is because the excess fuel in the rich mixture does not burn completely, leaving behind unburned hydrocarbons.

A rich running engine is not good for the engine in the long run, nor is it good for your fuel costs. Therefore, it is important to know how to determine whether the engine is running rich or not.

The most common symptoms of a rich running engine are excessive smoke coming from the exhaust, increased fuel consumption, a check engine light and a fuel smell. Your car may also fail the annual emissions test.

The main reasons an engine is running rich include:

Once you’ve looked at the symptoms and various causes of a rich running engine, it’s time to decide if it’s something you want to do yourself or leave to a professional. The best way to start a diagnosis when the engine runs rich is to use a diagnostic scanner. Whatever you choose, don’t ignore the problem, though! It will be more expensive in the long run.