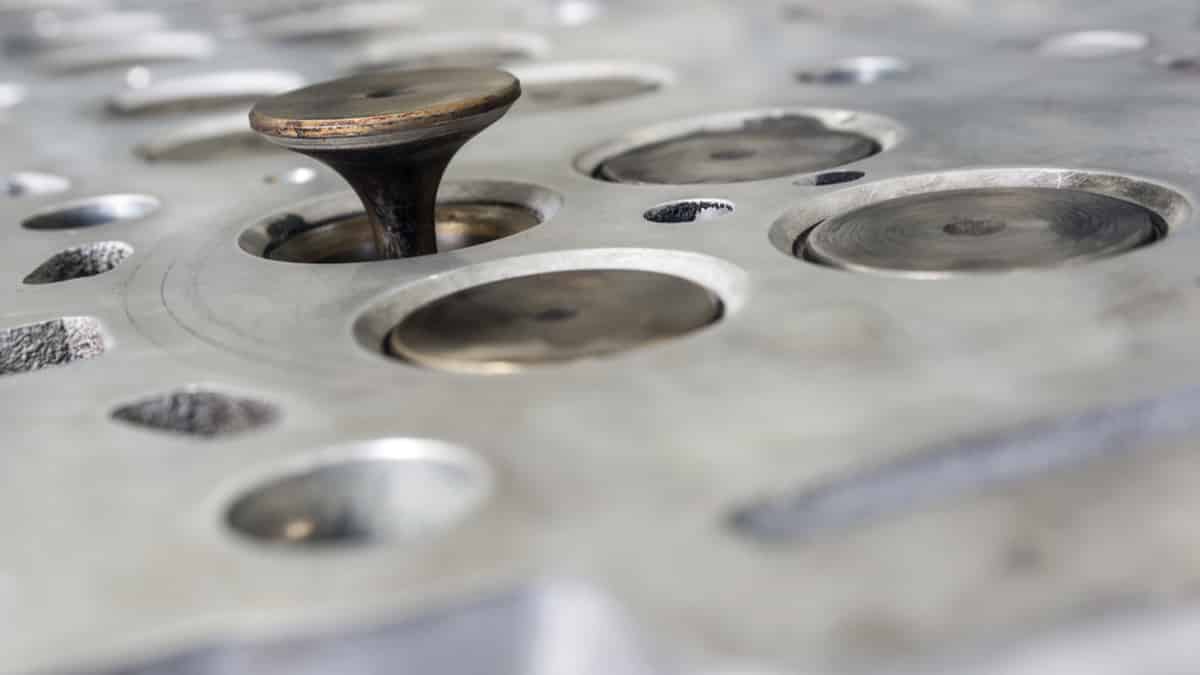 Engine trouble is the last thing anyone wants to deal with, but it happens. One troublesome issue that can cause a headache is a bent engine valve. What are bent engine valve symptoms and how serious is the defect?

The most common symptom of a bent engine valve is misfiring cylinders together with a check engine light on your dashboard. You may also notice other engine performance issues. If you see low compression with a compression test, it’s also a great sign.

Here is a more detailed list of the most common symptoms of a bent engine valve:

Modern cars monitor all sensors in your car engine in real-time to make sure its performance is optimal. If something is wrong with any of the sensors or if any parameter is out of the range, it will light up the check engine light on your dashboard.

If any of your engine valves are bent, it will definitely result in a check engine light. You can check the trouble codes with an OBD2 scanner to look for any air-fuel mixture related trouble codes.

The engine valves are not electronic and therefore the trouble codes will not say that an engine valve is bent directly, but it may say something about misfires or wrong air-fuel mixture.

If an exhaust valve is bent, it affects how the fumes leave the cylinder. The exhaust valves need to open and close at precise times to ensure the right amount of pressure is always present.

A bent exhaust valve can end up in the wrong position. It can also fail to seal properly when closed. This defect causes an exhaust leak that affects the way the fuel is combusted.

When the ECU notices the problem, it might overcompensate by changing how much fuel gets delivered to the cylinder. When the cylinder runs rich, unburnt fuel leaks into the exhaust, creating a backfire or popping sound.

When the engine is running, there is pressure building up inside the cylinder, known as compression. Bent engine valves commonly lead to an imbalance of compression. When this pressure is too low, the combustion process is affected and the fuel cannot burn correctly.

The bent engine valve creates low compression because it no longer closes securely, thereby leaving the seal defective with the cylinder head. As air or exhaust escapes, the compression is thrown off, causing a lack of power and other performance complaints.

If you notice a low compression while making a compression test, it is definitely time to check your engine valves to make sure they are not leaking.

Bent engine valves are notorious for changing the way the engine runs. If a valve is damaged from something such as a broken timing belt, the motor could start to shake due to misfires. You might notice this more often when idling or driving at slower speeds.

Depending on how badly the valve is damaged, you might be able to drive for a short time. However, severely damaged valves can cause the engine to cease entirely.

Bent engine valves almost always lead to a lack of power. In many cases, these power issues come from a reduction of pressure in the cylinder caused by the damaged valve. When the valve doesn’t close correctly or sit where it should, the combustion mixture will be thrown off.

Additionally, the power issues can come from the engine running rich to compensate for the problems caused by the bent valve. Either way, it must be repaired as the problem will only get worse over time.

A worn or damaged seal can occur when the valve bends. These broken seals allow oil to seep into the combustion chamber. This defect causes an excessive amount of oil to burn. It can also affect how the engine runs and can damage the catalytic converter if it isn’t fixed quickly.

If you see blue smoke from your exhaust pipe it can be caused by a bent engine valve, causing the valve seal to leak.

What are Engine Valves?

When the compression stroke occurs, both the intake and exhaust valves must stay closed to build up pressure before the combustion mixture can be ignited. This combustion force gives your car its power.

How to Test Bent Engine Valves

To test for a bent engine valve, the ideal check would require you to remove the cylinder head and take a physical look at the valve. However, this is more work than most people want to deal with, which is why the compression tests and leak down tests are handy.

With a compression test, you can quickly see how much compression each cylinder produces. It’s a simple way to see how the engine is performing. 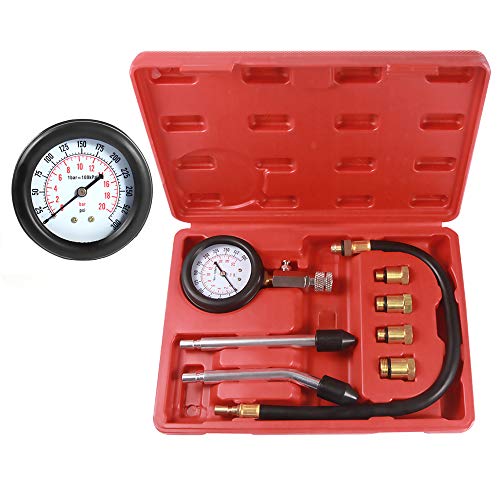 If you find that one cylinder is low, you will move onto the leak down test. With this diagnostic, you can tell when the air is leaking out of the engine. The leak-down test gets hooked up to the spark plug hole. Once that is accomplished, the crankshaft gets turned until the cylinder is at the compression stroke. This is when you hear where the air is rushing out of the engine.

If the air is coming from the intake, it’s likely you are dealing with a bent intake valve. On the other hand, air coming from the exhaust points to a bent exhaust valve. However, air coming out of these locations could also mean that there is just carbon buildup on the valves leading to a poor seal. Further diagnostics might be needed from a qualified mechanic if you are unsure.