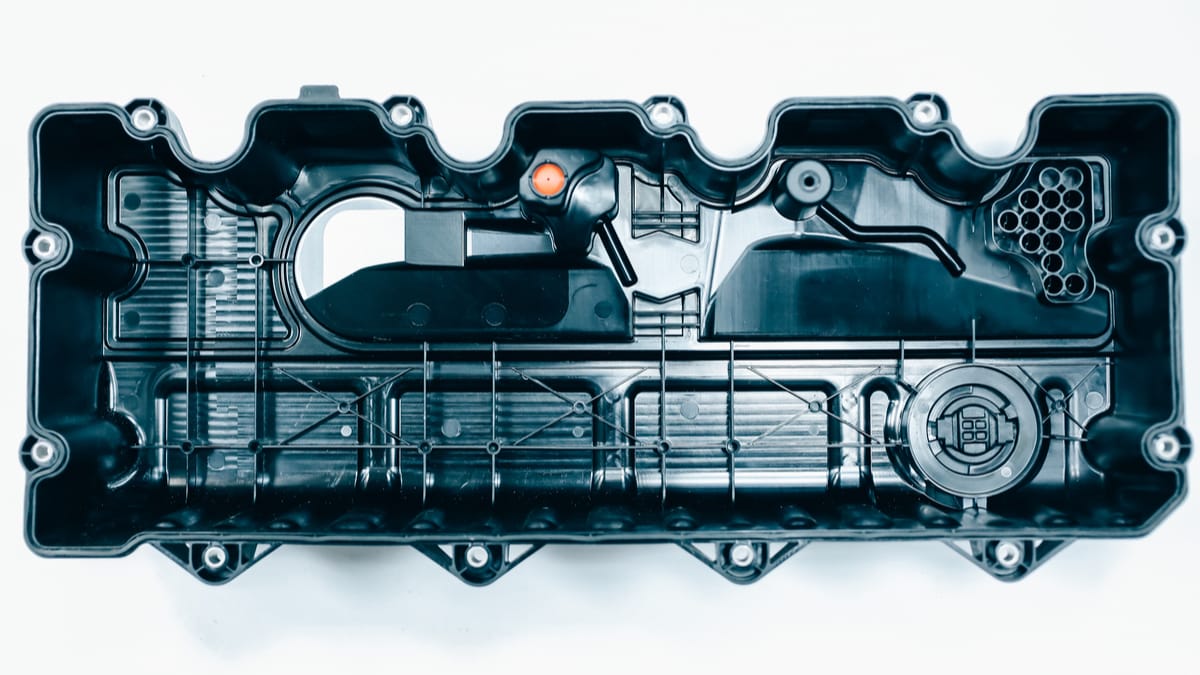 For an engine to work correctly, it must remain completely sealed. To accomplish this, a valve cover and gasket are used.

However, over time, the gasket and valve cover can’t endure the stress that causes it to fail. Without this cover in place, the valve components are left unprotected. Thankfully, this part doesn’t fail regularly, so it’s not something that needs to be replaced often.

In this article, we look at the symptoms of a bad valve cover, location, function, and the replacement cost if yours is bad. Here’s a quick overview of the signs to look for.

Symptoms Of A Bad Valve Cover

The most common symptom of a bad valve cover is an oil leak from your engine. You can often notice an oil leak by looking at the oil level or smelling a burning smell while driving. A bad valve cover can also cause misfires or a check engine light on your dashboard.

Here is a more detailed list of the signs of a bad or leaking valve cover to look for:

It’s never a good sign to see leaking oil. However, this simple symptom can be caused by numerous malfunctions.

With that said, if the oil is located on the valve cover area or coming from that region, you can assume you have a bad valve cover or gasket. Look around the edge where the gasket seals the cover to the engine.

At first, it might just be a small leak that slowly drips onto the ground. Eventually, it could become much larger, coating the entire surface of the valve cover. When this happens, a layer of debris and dirt also starts to accumulate on the cover.

Allowing the valve cover to leak oil can cause further damage to the hoses and belts. You don’t want to wait to have it replaced.

If you care about your engine, you are regularly checking the oil levels. If the level continues to be low, even though you top it off, you have to assume the oil is going somewhere.

Inspect the valve cover for signs of leaking oil that you might have missed. Until you have the valve cover replaced, make sure the motor has sufficient oil or you could end up with costly repair bills due to engine failure.

Anytime you smell burning oil, you should be alarmed. The oil leaking out of the valve cover can drip onto the hot engine parts and the exhaust, leaving you with a terrible smell.

When you open the hood, the smell should be overpowering, but you might not see where the oil is burning from immediately. This situation can be dangerous, as you never want anything burning under the hood that could lead to a car fire.

RELATED: 7 Causes Why Car Smell Like Burning Rubber After Driving

A misfiring engine can be caused by many factors, such as defective spark plugs or trouble with the fuel system. However, a bad valve cover might also be the culprit.

The valve cover could be directly over the engine spark plugs. If there is oil leaking onto the spark plugs, the fluid can make its way into the openings. Oil will prevent the spark plugs from working correctly and cause them to foul.

When the spark plugs can’t ignite the air/fuel mixture, it causes the engine to misfire. Not only can this lead to a very rough ride, but it’s also possible to have an engine fire.

If you haven’t been checking the oil regularly, your first sign that something is wrong might be warning lights on the dashboard.

You could get the Oil Warning Light telling you that there’s not enough oil pressure in the system, or it could be the Check Engine Light because of defects from the broken valve cover and gasket. Either way, these lights indicate a serious condition and you should stop driving until a repair is done.

The Function of a Valve Cover

The valve cover protects the vital components of the engine. It’s responsible for covering the valves, thereby protecting the expensive machinery from damage and the elements. However, the valve cover can suffer from misalignment, corrosion and cracks.

The valve cover works with the valve cover gasket to provide an effective engine seal. This thin rubber strip is placed between the engine and valve cover. However, the gasket is delicate and more prone to damage than the cover itself. Over time, it becomes brittle or cracks due to heat and old age.

To replace the gasket, the valve cover also has to be removed. So, whether you need a gasket or valve cover replacement, you are likely looking at the same labor charge.

The main symptoms of a bad valve cover include: