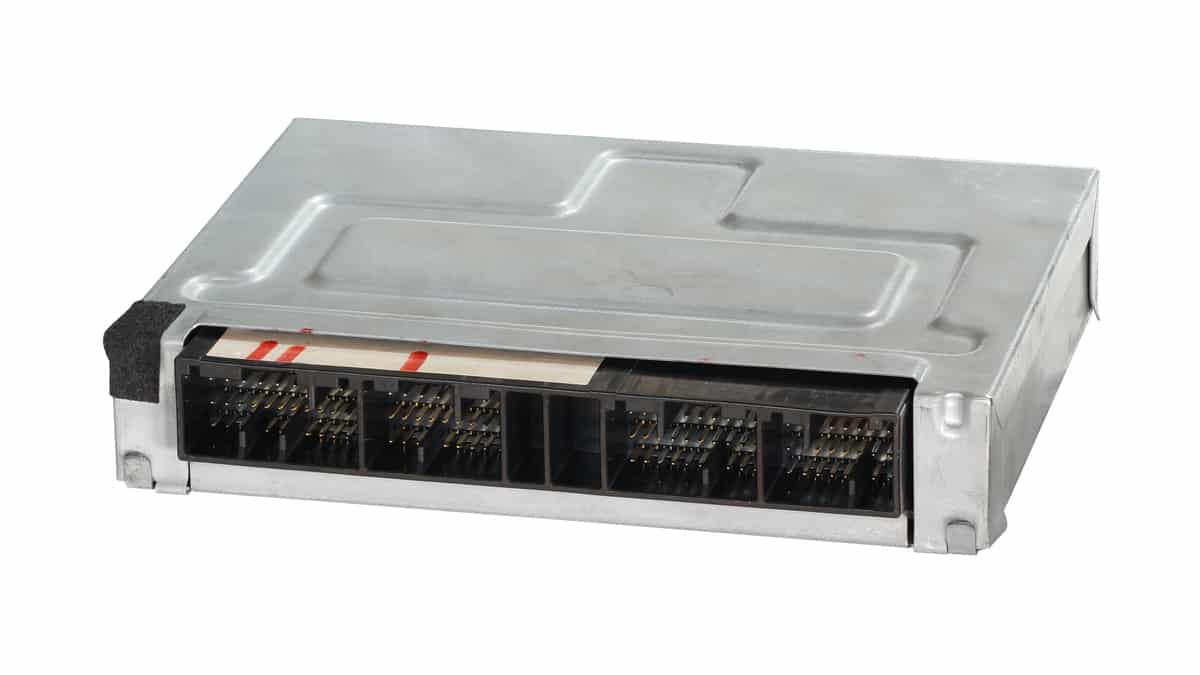 The engine control module (ECM) is known by many other names, including the engine control unit (ECU). Whatever it is called, it has the same function. This vital component sends messages to the motor to ensure proper operation.

When the engine control module (ECM) starts to fail, it leads to many performance issues. We look at the bad ECM symptoms, its location, and the estimated replacement cost. Let’s take a quick look at the signs.

The most common symptom of a bad engine control module is a check engine light on the dashboard. You may also notice engine performance issues like a misfiring or a stalling engine. If your car won’t start at all, it’s also a strong sign your ECM is bad.

Here is a more detailed list of the signs of a bad or failing engine control module (ECM) to look for:

All modern vehicles come equipped with a Check Engine Light to let you know when something is wrong. While this light can illuminate as a result of a long list of troubles, having a bad ECM is one.

If a sensor, circuit or other electrical component of the ECM has gone bad, it will turn on the Check Engine Light. The only way to diagnose the cause is with an OBDII trouble code scanner.

As the ECM starts to fail, the wrong messages get sent to the engine, creating an imbalance. The faulty computer leads to a misfiring condition. In extreme cases, the car might even stall while sitting at a traffic light.

However, these symptoms are erratic. One day the car might run fine and the next day, it can be challenging to control. There’s no pattern to the severity or frequency when the ECM is going out.

All engine performance issues can be linked back to a possible defective ECM. When this module goes bad, it can create an imbalance in the fuel-air ratio or the timing settings of the engine.

What you are left with is a decrease in performance, especially when you attempt to push the gas pedal down or you are towing up a hill. If you are noticing less acceleration or a reduction in power, it could be the ECM.

The defective ECM makes it difficult for the engine to properly regulate fuel intake. For this reason, your motor might start burning more fuel when the engine control module is going bad.

If you keep an eye on the fuel economy, you might notice the trouble early. However, spending more time at the gas pump should be a sure-fire sign that something is wrong.

When the ECM fails completely, your car may not start any longer. With no engine management, the motor simply doesn’t know what to do.

Maybe you will hear it attempt to crank, but it can’t start without the right amount of air and fuel being injected. However, having a car that won’t start doesn’t automatically mean you have a bad ECM. It could also be a dead car battery, trouble with the ignition system or a fault in the fuel system.

The location of the engine control module depends on the vehicle you are driving. However, it’s almost always easy to access.

You might find the ECM in the engine compartment. However, some vehicles have it under the dashboard, under the driver’s seat or behind the glove compartment. Check your vehicle’s service manual to find the precise location.

The Function of the Engine Control Module

The ECM is also known as the engine control unit. It is by far one of the most essential components found in the modern vehicle. It serves as the primary computer for the engine’s performance and drivability.

The ECM takes data from the various sensors on the vehicle and calculates what the engine needs to do. It analyzes aspects such as fuel delivery, engine spark and air ratios.

Because all of the operations of the vehicle are controlled by the ECM, it can cause a lot of problems when it malfunctions. In extreme cases, the vehicle can become impossible to drive.

If you choose to change the ECM yourself, you aren’t going to save a lot of money because the main cost is for the engine control module itself. The cost for the ECM also varies based on what type of vehicle you drive. If you have a small, compact car, you will pay a lot less than the driver of the large luxury SUV.

Before you have the ECM replaced, the shop will want to diagnose it first. This is an additional expense that could cost as little as $100 or as much as $300. This is one area that you can save money if you have a code scanner on hand. However, you might need to do a little research online to figure out what the trouble codes mean.

If you want to save money, you might be tempted to purchase a used ECM. While this is tempting, it’s simply not the best solution. For one, the used ECM doesn’t usually have a warranty, so it could fail at any moment. Additionally, it will still need to be reprogrammed, which adds to the expense.

In a few cases, the shop might be able to reprogram or reconfigure your existing ECM. When this happens, the cost is much lower since you won’t need to purchase a new engine control module.

Some engine control modules need to be programmed by the car manufacturer when replaced because of the immobilizer. Therefore you need to check this with the dealer before you try to switch it.

The main symptoms of a bad engine control module (ECM) include: