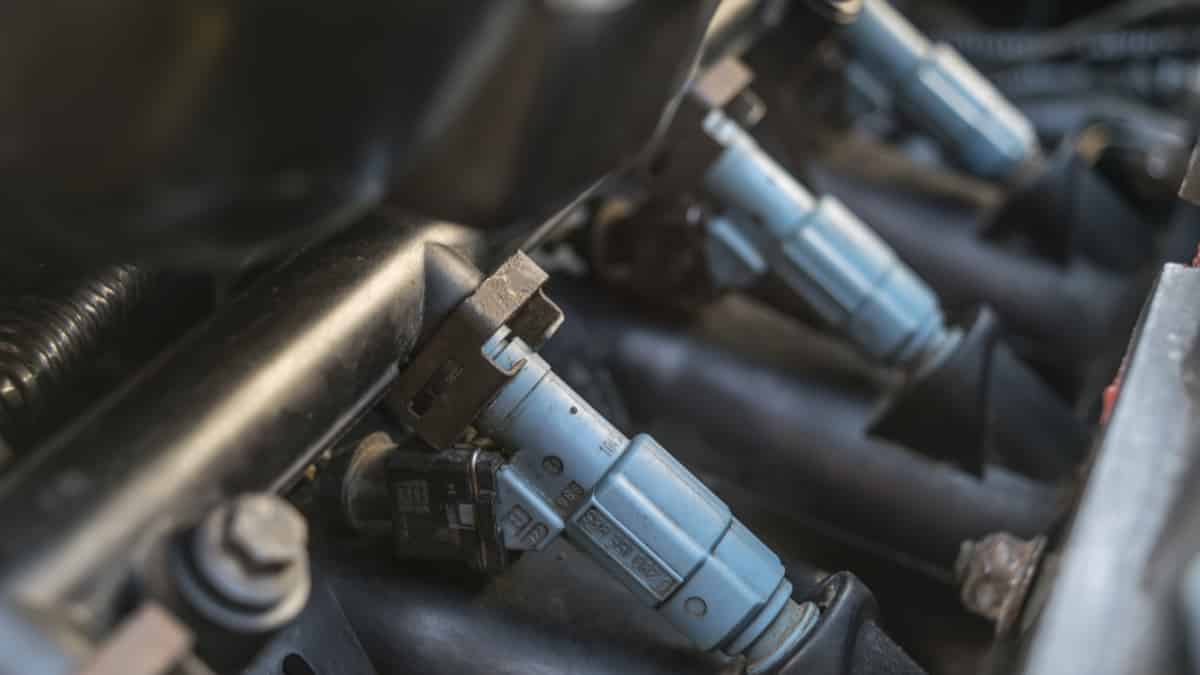 A fuel injector is an important component of the fuel injection system found in almost all modern cars.

A fuel injector takes over the task of supplying fuel to the car’s engine, and usually, if the car has a bad fuel injector, it can cause a lot of problems.

In this guide, we will look at the basics of a fuel injector and how you can make a diagnosis and take preventive measures to extend the life of the injector. First, let’s look at the signs:

The most common symptom of a bad fuel injector is a misfiring cylinder together with a check engine warning light on your dashboard. You may also notice a vibrating engine or bad fuel odor at idle. If your engine is stalling on idle it could also be a sign.

Here is a more detailed list of the most common symptoms you may notice due to a bad or faulty injector.

One of the most obvious symptoms is that the check engine light on your dashboard is blinking. If one of the fuel injectors is clogged or dirty and is not efficiently supplying fuel to the engine, an electrical signal is sent to warn the driver.

Please note that the check engine light can also be activated for various other reasons. It is therefore recommended that you take your car to a garage and have it scanned for error codes.

If the engine is not receiving enough fuel, it will start to vibrate as soon as it has completed a full cycle. On turbocharged engines, a clogged or dirty fuel injector can have dangerous effects and lead to a detonation that can damage the engine.

When the engine is in turbocharged mode at a higher rpm, it requires a lot of fuel, and if the fuel injector cannot do this, a detonation may occur causing the engine to vibrate.

The engine will misfire if the fuel injector is dirty, clogged, or does not open properly. An engine with misfiring will interfere with acceleration, reduce fuel efficiency, and result in loss of power.

This requires immediate attention, as your engine could also start knocking and cause serious damage to your engine.

It may be either leak into the exhaust pipe or an external leak in the engine bay, which both are fatal because they can make your car catch on fire.

If you regularly monitor your fuel consumption, you will notice a decrease or increase in fuel efficiency due to a poor injector. A faulty injector delivers either too much or too few amounts of fuel to the engine than required and reduces the vehicle’s fuel consumption.

If you suspect that your fuel consumption has changed, it may be due to a bad fuel injector.

If you experience rough idle or the engine will stall on low RPM, it may be a bad fuel injector. It’s because the fuel injector may spray too much or too little fuel, which creates a lean or rich mixture, which may cause the engine to misfire and stall.

If the fuel injectors spray pattern changed and injecting too little or too much fuel into the engine, your car will most likely not pass the emission test. This is because too much fuel or too little will be enough to increase the emissions, and the catalytic converter will not be able to do its job properly.

Your car engine uses an internal combustion process to run and uses two key elements: oxygen and fuel. The oxygen is extracted from the engine’s air, while the fuel is taken from the fuel reservoir. The air intake takes over the task of supplying air to the engine. Since the oxygen supply varies, the fuel injection system’s task is to constantly vary the amount of gasoline to be supplied according to the oxygen supply.

The fuel injectors does with the help of high pressure, create a super fine spray pattern which will make the engine run efficiently.

In some cases, your fuel injector is actually just clogged with dirt. This can be caused by a bad fuel filter, which lets dirt pass to the fuel injector. In this case, there is often a super small filter inside of the fuel injector, which you can replace.

Another case is that the fuel injector needs some lubrication because it has been standing unused for a while, especially if you have been driving on ethanol.

Remember, if you want to try an injector cleaning, the best way is to do it to all injectors at once to avoid the different amounts of fuel spray after the cleaning.

If you have a diesel car, your fuel injector is likely located in the cylinder head, but gas fuel injectors are installed on the intake manifold in almost all cases.

There are some rare cases when your car has direct injection and the injectors are installed in the cylinder head.

The fuel injector’s cost may differ a lot depending on if you have a gas or diesel engine. Diesel injectors are often very expensive, which can result in part costs of $400 or more.