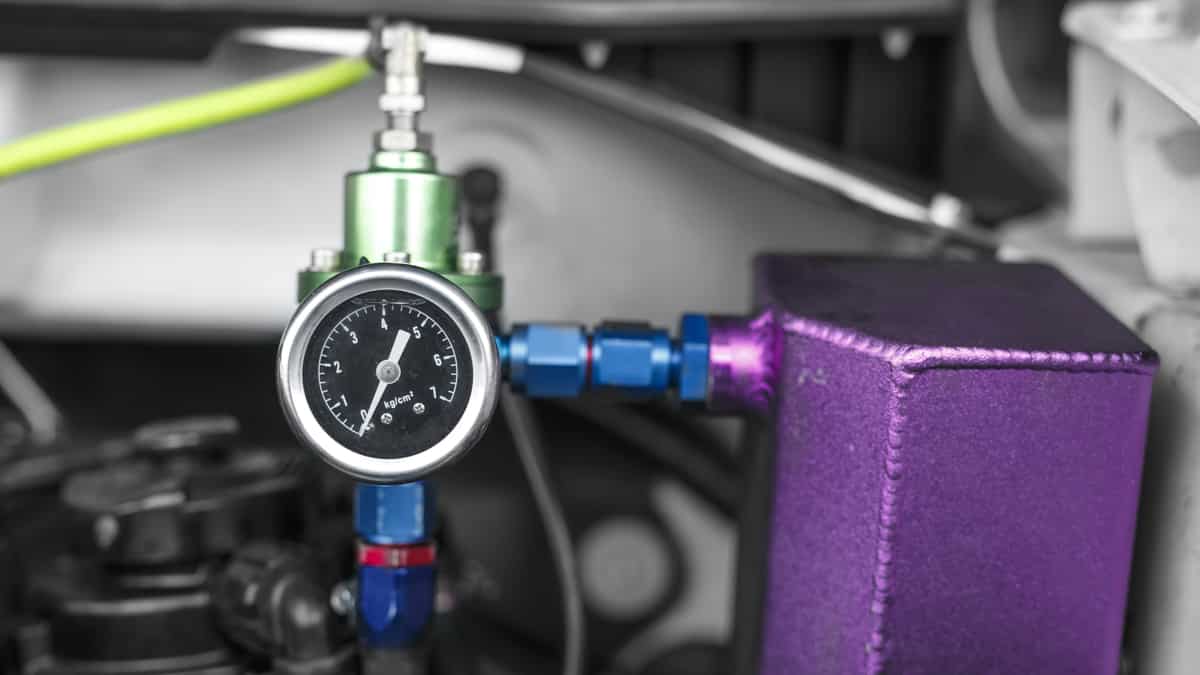 A vehicle requires proper fuel delivery to its engine to function properly. At least 4 components make up a vehicle’s fuel system, including the fuel pump, fuel pressure sensor, fuel rail, and the ECU, which monitors everything.

Naturally, if the pressure is not according to the manufacturer’s recommendations, you will experience little to no response from the car’s engine. So, what are the symptoms of low fuel pressure?

The most common symptom of low fuel pressure is an unresponsive throttle or a stalling engine. You may also notice signs like difficulty starting the car, a check engine light on the dashboard, misfires, or low performance.

In this article, we will discuss the various symptoms that arise from low fuel pressure and the causes of it. Let’s take a quick look at the common signs you may notice if the fuel pressure is low.

What Are The Symptoms Of Low Fuel Pressure?

The main symptoms of low fuel pressure include:

All cars require proper fuel delivery to their cylinders for them to run properly. If you feel any lags in your car’s pickup, there is a big chance that there is something wrong with your car engine’s fuel pressure.

Low fuel pressure will also make it hard for you to ignite your car’s engine. At the starting moment, the car requires a lot of fuel, and if it is not getting the right amount of fuel, it will probably not start.

If your car’s engine stalls while running or at idle, it is a clear sign you are having some problems with your fuel pressure. This may be due to fluctuations and sudden drops in the fuel pressure.

Today’s electronic cars have a fuel pressure sensor that intelligently calculates if anything is going wrong with the fuel pressure.

Generally, with such a problem, you will get a P0190 code accompanying your problem. If the check engine light occurs, you should read the trouble codes with a diagnostic scanner to determine the problem.

Many people might not have turbos in their cars, but those who do have another way of knowing if there’s something wrong with their fuel pressure.

The turbo system uses air and pressurizes it to create a turbine-like effect on the engine, allowing it to create more power.

However, if you feel your turbo is taking too long to spool, there might be something wrong with your fuel pressure.

Low fuel pressure in the fuel system will cause a faulty air-fuel mixture and then, in return, cause weak combustion. This can be felt as misfires on acceleration or even at idle.

Fortunately, the fuel system in a car requires only minor tweaks. Sometimes the problem is minor, and at times, it can be huge.

The most common symptom of low fuel pressure is a wrong air-fuel mixture, which will cause your car’s performance to drop drastically.

If you feel that your car’s performance is much worse than it usually is, it is time to check your fuel pressure.

Here is a more detailed list of the most common causes of low fuel pressure:

The fuel filter cleans the fuel entering the engine. The fuel filter should be replaced within special intervals, and if you have not changed it for a long time – it might be a clogged fuel filter causing low fuel pressure.

If one of the fuel injectors is damaged and stuck open, this can cause a low fuel pressure in the rail. You will often notice this by misfire codes on a specific cylinder at the same time.

If you have been driving on a bumpy road or offroad for a while, there is a risk that you will hit a stone or something similar.

The fuel pipes under the car are often made out of steel or aluminum, and if you hit a stone, there is a risk that these became compressed – which will, in return, result in low fuel pressure.

To test the fuel pressure in the fuel rail, you need a fuel pressure gauge and a few other parts to attach it to the rail. Then you need to find the correct fuel pressure specifications for your car model to check if it’s the same as it should be.

Can you drive with low fuel pressure?

No, it’s not advisable to drive with low fuel pressure because it can cause damage to your engine. If the fuel pressure gets too low, it will starve the engine of fuel and cause it to stall. If your engine is not getting enough fuel, it will cause heat in the pistons which can damage your engine severely.

How do you increase fuel pressure?

How do I check if my fuel filter is clogged?

Will low fuel pressure cause no start?

Yes, low fuel pressure can cause your car not to start. During the startup moment, the engine requires a lot of fuel, and if it cannot provide it due to low fuel pressure, your engine will not start.