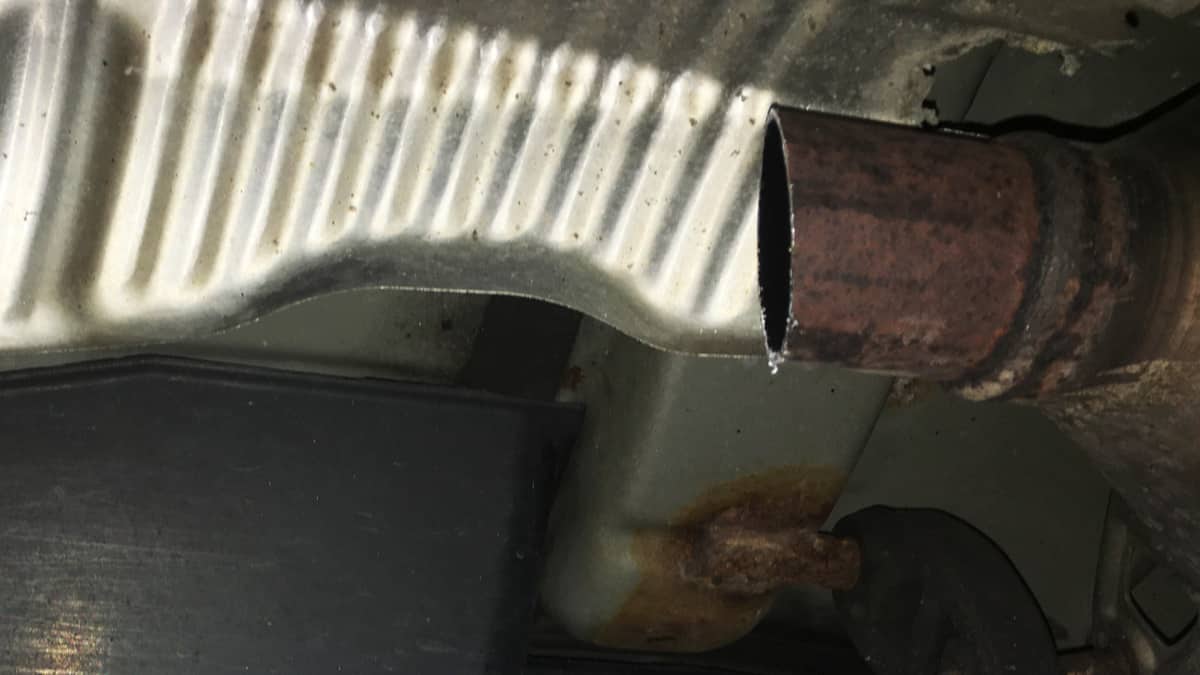 Catalytic converters are regularly the target of theft, leaving you with a loud-sounding car when you head out to work the next morning. Can you drive without a catalytic converter in this situation, or do you need to wait until you get it replaced?

In this guide, we answer the mechanical and legal aspects of driving without the cat. We also talk about what happens when you drive without it and show you how to protect the catalytic converter from theft.

Can You Drive Without a Catalytic Converter?

There’s nothing mechanically stopping you from driving without the catalytic converter. Your car will continue to run, although there will be some new sounds and performance issues. On the other hand, it’s not legal to drive without a catalytic converter, so it’s not always advisable.

The catalytic converter is required by all states to reduce air pollution from your vehicle. While you probably won’t harm the vehicle by driving without it, you are causing more damage to the environment. For this reason alone, you don’t want to drive for long periods without it. Your best bet is to have it replaced immediately.

Consequences of Driving Without a Catalytic Converter

Most people realize that the catalytic converter has been stolen when they go to start the vehicle. Immediately, you will hear a loud exhaust sound coming from the vehicle.

The car sounds like it’s roaring instead of purring softly. If you step on the gas, you will notice the increased sound even more. There’s simply no denying the sound a car makes without its catalytic converter. It’s also sure to turn a lot of heads as you travel down the road.

Without every part of the exhaust system in place, the engine can start to run roughly. The Check Engine Light should illuminate on the dash. When this component isn’t in place, the computer will not be able to read the oxygen in the exhaust properly and will lead to engine performance issues.

The performance change won’t be as dramatic as if there was a misfire, but you should notice it. Of course, you will already know what’s causing it because of the sound, so you won’t be wondering what’s going on.

It’s required in every state to have a catalytic converter on your vehicle. If you attempt to go for a yearly inspection, it’s quite possible that the mechanic will fail your vehicle. While there are many aspects of the inspection that are important, having an intact exhaust is one of the top checks. Not only does your vehicle need a working catalytic converter, but most states also check the exhaust pipe, muffler and other parts.

Additionally, the catalytic converter is required to convert dangerous toxins into byproducts that aren’t as harmful. What is a harmful emission quickly turns into carbon dioxide and water vapor once the chemical reaction occurs. If you don’t have a catalytic converter in place, you won’t be able to filter out the emissions and this chemical reaction can’t take place. When you take the vehicle for an emissions test, the car is going to fail. Because it contributes to polluted air quality, you will be responsible for having the converter replaced before it can get a passing grade.

If you had a catalytic converter stolen, it’s your responsibility to have it replaced in a reasonable timeframe. The good news is that most police departments understand the popularity of catalytic converter theft. It’s important that you report the theft as soon as you realize it’s occurred. Not only will this help to stop the thieves in the future, but it puts on record that yours was stolen, buying you a little bit of time.

Most police aren’t going to bother you if your catalytic converter was stolen. However, if you choose to remove the converter, you could be liable for a fine. It’s illegal in every state to tamper with the emissions control system if it causes failure. The amount you will pay for this fine depends on what state you are in and how many previous tickets you’ve received for the same issue. In the end, it’s best to put the catalytic converter back on and avoid this unnecessary cost.

In general, you might spend $200 to $500 for the device and installation, but this is a fraction of the cost when the catalytic converter needs to be replaced. Most people opt for some type of shield, but there are also straps and other types of gear available.

By thinking ahead, you can save yourself a lot of headaches. Obviously, the best place to put your vehicle is in the garage at the end of a long day. However, this isn’t always possible, especially if you don’t own a garage or you are out and about. In those situations, consider these smarter parking options.

With all of these practices together, you stand a better chance of keeping your catalytic converter safe, along with the vehicle itself and all of the possessions inside. At the very least, if something is stolen, you have a better chance of recovering it between the cameras and possible eye-witnesses.

You can equip your car with a security alarm to help prevent catalytic converter theft. Just keep in mind that not every alarm is going to work for this situation. Some don’t go off unless the car is physically broken into.

For this reason, you want a car alarm that registers vibrations. If someone is moving the car around while sawing off the catalytic converter, the alarm will trigger and you could potentially catch the act in progress. At the least, you will give the thieves a major scare and get them scattering.