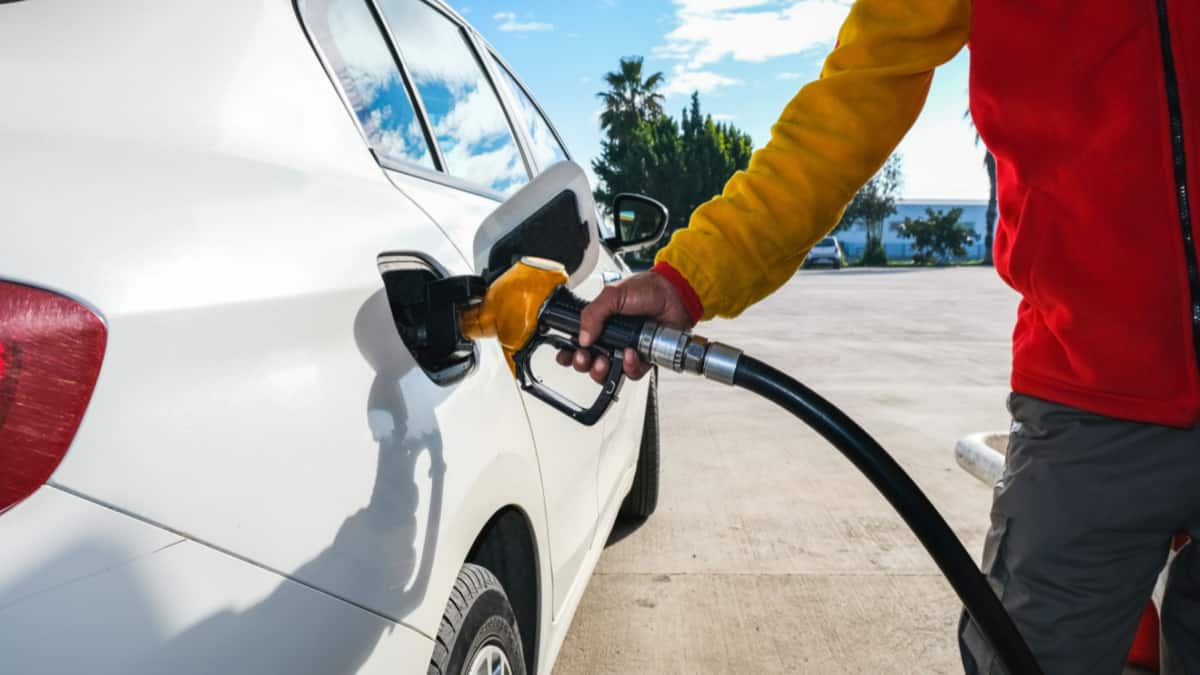 As fuel prices continue to rise, drivers are starting to figure out exactly what’s needed to get to the next destination. Whether you are headed to work or running some errands, you want to know how far you are going to go. How many miles can you drive on one gallon of gasoline?

There are many factors that determine how far you are going to be able to travel per gallon of fuel. We look at those in this article and discuss why you shouldn’t let your tank run empty.

How Many Miles Can You Drive on One Gallon of Gasoline?

The average new car gets 27 miles per gallon combined. While some will achieve better or worse fuel economy numbers, the average car may be able to get 27 miles per gallon. However, it’s never wise to attempt driving on one gallon of fuel, as it could run out at any point and leave you stranded.

Factors Affecting How Far You Drive on a Gallon of Gas

One of the biggest factors determining the fuel economy is what kind of traffic you are in. When you drive your car in an urban environment, you are going to get far less fuel economy than if you drive on the highway.

That’s why the EPA determines fuel economy ratings by city and highway numbers. If you evaluate most of the modern vehicles, the city rating is far less than that of the highway.

You know it’s important to keep an eye on tire pressures for your on-road safety. With that said, it’s just as important to the fuel economy.

Tires that are inflated to manufacturer standards will allow for maximum fuel economy numbers. You can find this number on the placard found on the driver’s side door.

RELATED: How to Find the Correct Tire Pressure For Your Car (4 Steps)

You might believe the way you handle your car on the road has nothing to do with fuel economy, but you couldn’t be further from the truth. In reality, how you handle your vehicle makes a big difference. Aggressive driving is going to cause you to go through more fuel than taking the time to ensure a smooth ride.

Accelerating too fast, braking often and changing speeds frequently all play a part in wasting fuel. Not only that, but these tactics cause the police to take notice of you as well.

RELATED: How Far Can You Drive After the Gas Light Turns On?

To keep your vehicle running its best, you need to stay on top of the regular maintenance schedule. Performing regular oil changes and air filter replacements plays a huge role in how efficient the engine runs.

If you skip these appointments, you allow the engine to run harshly, which uses up more fuel. Thankfully, you don’t need to perform oil changes as frequently today, with some cars able to go 10,000 miles between changes with synthetic oil.

When the EPA puts cars through fuel economy testing, the terrain is flat and uneventful. Because of this, the same fuel economy can only be replicated on the same terrain.

If you drive an electric car, you know that running the accessories can quickly affect the driving range. However, the same is true in your gas-powered vehicle, with a dramatic drop in fuel economy for everything you choose to run. After all, power needs to be supplied from somewhere to run these electronics.

If you turn on the air conditioning, your vehicle drops fuel economy slightly, but the same can be true if you open your windows and allow for more drag. However, when cars are tested by the EPA, the air conditioning isn’t running, so it’s hard to replicate the same numbers, especially on the warmest days.

If your vehicle offers two- and four-wheel drive options, you want to stick to using two-wheel drive whenever possible. The extra power and energy needed to run on all four wheels will further drop the fuel economy rating.

Think of it this way, is more power needed to run two wheels or four? It’s safe to say the energy needed is double that of the normal configuration.

If you drive a vehicle that’s meant for hauling and towing, you must know that the EPA didn’t load it up to test the fuel economy numbers. The rating that you see is with an empty vehicle.

If you load the vehicle up with cargo, every additional pound is going to reduce the fuel economy rating. This cargo hauling also applies to anything that’s loaded up on the roof rack of your vehicle or if you decide to fill the vehicle with people. It’s one of the reasons we suggest taking unnecessary cargo out of your vehicle when you can. Don’t drive around with a bunch of junk in your car if you want to maximize fuel economy numbers.

Additionally, pulling a camper or boat behind your vehicle also creates more aerodynamic drag, thereby reducing the rating. In some cases, you can see a dramatic drop in efficiency, so it’s something to pay attention to.

RELATED: How Far Can You Drive On Empty?

Is Running on Empty Bad for Your Car? What Could Happen?

The most obvious reason not to drive on empty is that you could run out of fuel at any time. If the gas runs out, the car’s engine is going to stop, leaving you wherever you are. In some cases, you might not be left in a safe situation.

Aside from having to find a safe place to park quickly, you will have to figure out how to get gas in the vehicle. Whether you walk to a local station or you wait for roadside assistance, this is far more of an inconvenience than just putting some more fuel in while you can.

If the gas tank is allowed to reach the bottom, more debris, sediment and dirt are going to be drawn in. These particles tend to sit at the bottom of the tank, where they don’t normally cause problems.

However, if the pump starts to pull the particles in, they will get trapped in the fuel filter. If the fuel filter gets clogged, it will slow down the flow of gasoline, leading to performance issues.

The filter is in place to stop those contaminants from getting into the pump, but it can still happen. The fuel pump is made to last for the life of the car, but that’s not going to happen if you run your tank on empty.

Plus, the pump can overheat without the right amount of lubrication. To replace the pump, you could spend more than $1,000 because the tank needs to be drained, which leads to more labor. Instead, stop before the tank gets low and put some fuel in the tank. It’s like having an insurance policy against expensive repairs.

As the car starts to run on empty, the fuel pump can suck in air. When this occurs, the air-fuel ratio of the engine is imbalanced.

At first, you might notice some misfiring. However, continuing to run your vehicle like this is only going to lead to expensive engine repairs.