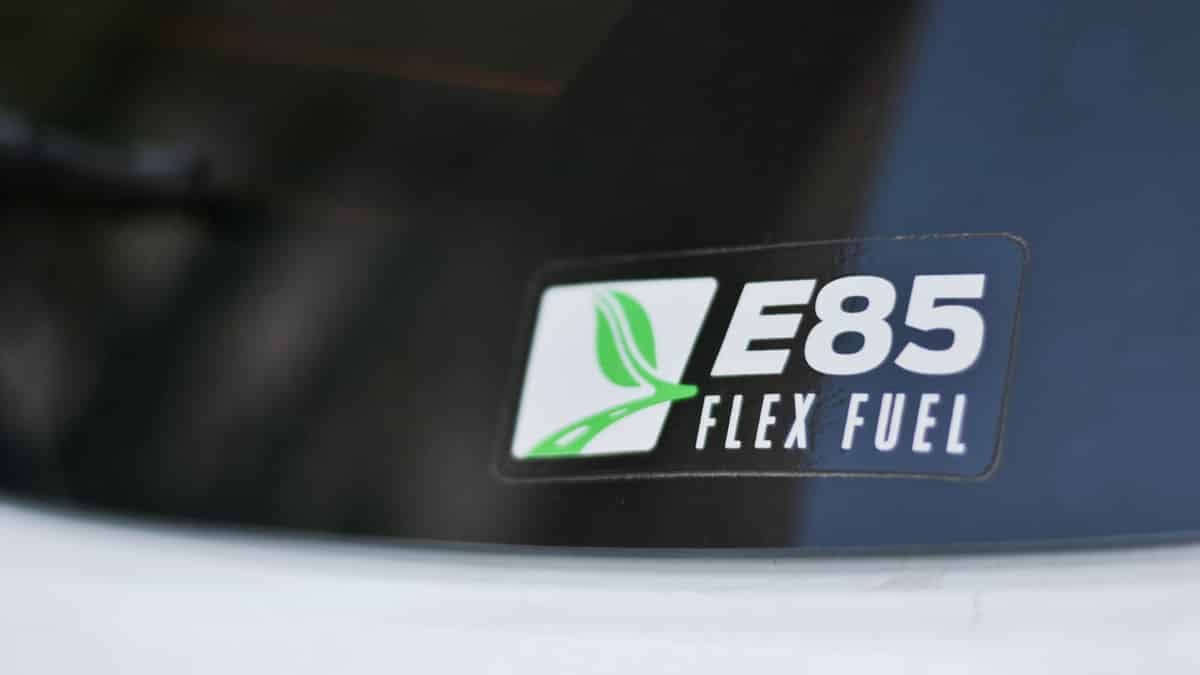 Over the past few years, there has been an increase in the amount of flex fuel vehicles being offered. However, there’s been some confusion about what fuels can and cannot be used with these cars. Can you use regular gas in a flex fuel vehicle or is that dangerous?

What Happens if You Use Regular Gas in a Flex Fuel Vehicle?

Regular gasoline can be used in your flex fuel vehicle. The flex fuel engine is created to run on gasoline plus other types of fuel. Gas that’s blended with methanol or ethanol can be used. With any fuel used, it will be put in the same tank, as there’s only one.

You don’t want to put diesel fuel in the FFV tank. Additionally, you should never use leaded gasoline, which isn’t readily available these days. With the flex fuel designation, you want to stick to either regular unleaded gasoline or E85 gas.

The flexible fuel or flex fuel vehicle is an alternative option that uses a gasoline and ethanol or methanol combination. The flex-fuel vehicles contain an internal combustion engine, except it runs on multiple types of fuel.

While it is nearly identical to the typical gas engine, there are a few modifications made to the fuel system and motor.

According to the Energy Department, there are more than 21 million flex-fuel vehicles currently traveling the roads in the United States. However, the technology isn’t new. It was first created back in the 1990s, even though it wasn’t popular at that time.

Ethanol provides a cleaner burn than gasoline does. With flex-fuel there are fewer toxic fumes being pumped into the environment.

There’s much more flexibility with the flex-fuel vehicle. You can burn regular gasoline or a different proportion.

Because of the advanced design, you can use E85 or unleaded fuel, giving you more ability to stop anywhere for gas. The electronic sensors installed in the engine help to ensure the proper proportion at any time.

Ethanol is a fuel that is produced from sustainable ingredients. It’s typically made from corn and cane sugar.

For this reason, it’s much more sustainable to produce ethanol, especially in the Midwest part of the country. It’s a better option than continuing to purchase oil from foreign countries.

The flex fuel vehicles are equipped with some of the latest technology, including the high-tech sensors that alter the proportions. Because of these advances, the car automatically adjusts how it operates to fit with the fuel being used.

The flex-fuel car can run on ethanol gasoline that have as little as 10 percent in the mixture. On the other end of the spectrum, it could use gas with up to 85 percent ethanol.

RELATED: The Pros and Cons of Ethanol Fuel

If you drive a flex-fuel vehicle, you might be eligible for some tax breaks. Everyone can use a little break on yearly taxes, so this is a welcome savings.

Of course, the flex-fuel tax breaks are nothing compared to the EV credits. However, every dollar counts.

There are mixed reports on the performance of flex-fuel vehicles. Still, we have to focus on what is done right.

When you fill the tank with E85 fuel, there won’t be any loss of power compared to regular unleaded gas. On the contrary, some people report an increased boost in horsepower and torque.

No one can argue about the benefits of creating fuel from corn and cane sugar. However, this type of production does have a negative side to it. If the crop is being grown solely for fuel production, it reduces how it can be used for other purposes.

The result is an increased price for animal feed. Additionally, corn can become a victim of damage from diseases and is subject to weather conditions. If a drought or flood occurs, the crops can be destroyed. During poor harvest times, the corn supply is reduced, thereby hurting the fuel industry, among others.

While you could see a boost in performance from ethanol use, the fuel economy isn’t as great. When you use E85, you can expect to see a slight drop in gas mileage.

There are some publications that claim it is comparable. However, we encourage you to do more research into the matter, as many owners claim the opposite.

What’s the reason for less fuel mileage? Ethanol raises the octane level of the fuel, which is where the added performance comes from. However, ethanol contains less energy. For this reason, it takes 1.5 times more ethanol to provide the same level of energy as unleaded regular gasoline. This results in fewer miles per gallon.

Still, E85 does cost less than regular gas. For that reason, you could still spend less overall.

It’s great that the flex-fuel engine offers more flexibility. It’s also remarkable how advanced the technology is. However, none of this increases the reliability of the engine.

Ethanol absorbs more dirt than regular unleaded gasoline. For this reason, the engine can corrode and get damaged much easier. These engines might not last as long, especially if E85 is used more regularly.

Flex fuel isn’t as wanted as regular gasoline. For this reason alone, not every gas station carries it. Unless you are driving in the Midwest, you could drive a long time before you find E85. Although, more gas stations continue to carry it every day.

As the flex-fuel vehicle becomes more popular, you will have more options. Until then, you can still rely on regular unleaded for now.

What Happens if I Put E85 in My Regular Tank?

If you have a regular engine in your car, you don’t want to use E85 fuel. If you put it in by accident, the Check Engine Light is probably going to come on. However, you can top it off with regular fuel and try to drive it out. To help work it out, keep filling up the tank with regular gas as it gets lower.

Mixing the E85 gas one time shouldn’t lead to long-term damage, but you don’t want to make a practice of it.