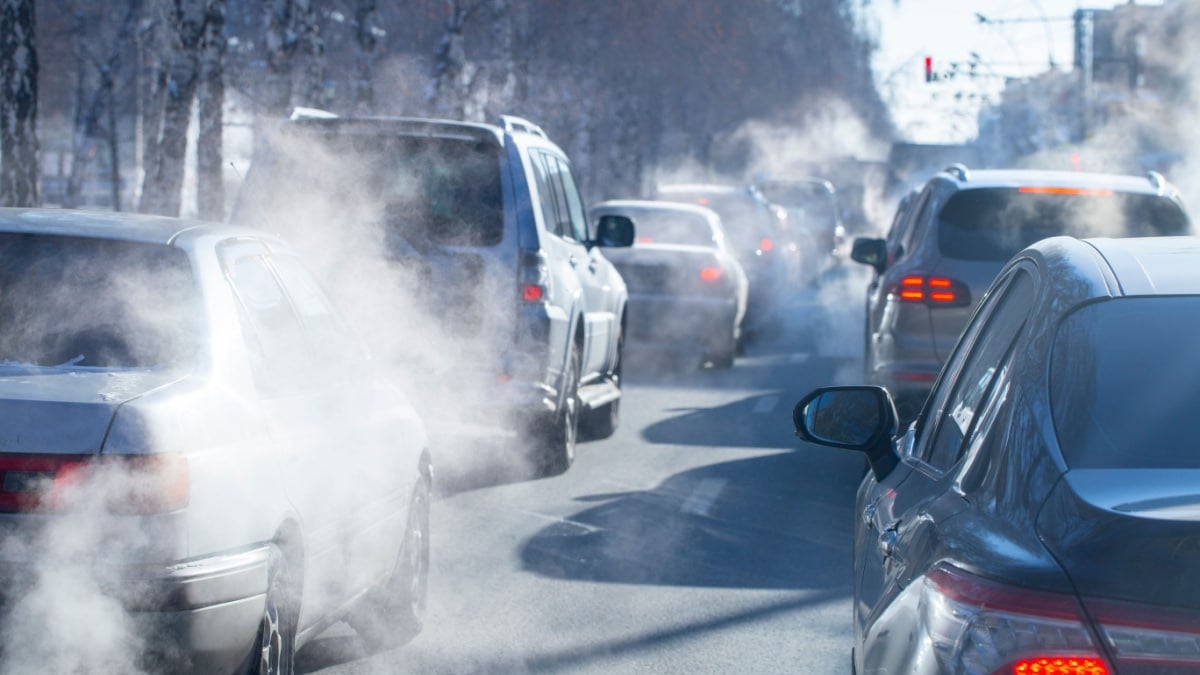 If you are waiting outside a store or you are warming up the car engine, the vehicle is using unnecessary fuel. Idling the engine is one way to spend more money on fuel than needed. But, how much gas does idling use, and should you discontinue the practice?

In our guide, we review how much gas is consumed when the car engine idles. We also discuss the variables that affect the amount of consumption, such as what type of engine and advanced start/stop technology.

You also gain a few answers to your top questions, such as if idling is bad for the car engine. Finally, this guide shows you ways to reduce the idling fuel consumption of your vehicle for better savings.

How Much Gas Does Idling Use?

While every vehicle differs, estimates place gas consumption up to 0.5 gallons an hour during idle with some models. If you drive a big truck, you could easily go through even more fuel. At first glance, this may not seem like a lot of fuel, but it quickly adds up, especially if gas prices are high, to begin with.

Even if the engine only uses a minimal amount of fuel, you aren’t going anywhere during this time. While the engine idles, you are getting 0 mpg, giving you nothing for your money. When you examine this objectively, you see how foolish the practice can be. Are there any other areas of your life where you are willing to spend money for nothing in return?

In general, the smaller a car engine is, the less fuel it will use during idling. With that said, your fuel-efficient compact car may only use 0.15 gallons of gasoline per hour while idling if no additional load is put on the engine. If you have a vehicle with a larger engine, such as a V6 or V8, the consumption could jump dramatically.

Whichever way you look at it, the vehicle is going through fuel that isn’t being used for a profitable purpose. Knowing this, does it matter how much fuel is used in the end?

Is Idling Bad For The Engine?

With older cars, it wore the engine down to start and stop the motor frequently. It was also important to warm up a car engine back in the day. Today, neither of these issues is relevant. In fact, it could cause more damage to the car engine by allowing it to idle than by turning it off and on.

When the car engine idles, carbon residue builds up. Without the motor running at its normal speed, temperatures can’t be maintained and this carbon doesn’t burn off as it should. The residue causes internal engine damage and it creates more wear on maintenance parts, such as the spark plugs.

Not only will you be spending more money on fuel, but you will need to provide more frequent tune-ups and the engine may not last as long as it should. It isn’t just the cost of the tune-up you will be responsible for. Instead, when spark plugs go bad, other components can also fail. Replacing an oxygen sensor might not be a big deal, but it will cost you a lot if you have to put a new catalytic converter on.

READ MORE: Is Idling Bad for Your Car?

In recent years, automakers have begun installing start/stop technology on car engines. With this feature, the engine automatically goes into a more efficient mode when the car is idling, such as when you are sitting at a stop light. You don’t have to do anything to activate the technology; it works automatically.

In recent studies, cars equipped with start/stop technology were far more efficient than those without it. Even when two cars were run through the same route during the same amount of traffic, the ones with start/stop technology used far less fuel. For this reason, it makes sense to consider choosing a car equipped with this feature if you are looking for a more efficient ride.

How do you know if you have a car with this technology? Most major automakers now include it standard with the latest lineup. Even if you are opting for a cheaper car, there’s a good chance it is equipped with start/stop equipment. To learn more, reference your owner’s manual or talk to your local dealership service department.

READ MORE: Auto-Start/Stop: Is it bad for my Engine? (Mythbusting)

How To Reduce Idling Fuel Consumption

Whether you are a daily commuter or a fleet manager, there are some simple ways to reduce how much fuel is used, especially when you factor in how idling is used. Here are a few tips worth considering.

The most practical way to reduce idling fuel consumption is to turn the engine off. Today’s vehicles are meant to have the engine turned off and on without additional wear.

If you plan to wait somewhere for an extended amount of time, go ahead and shut the car down. In fact, some jurisdictions require you to turn off the car if you are going to idle for too long, so be sure to check local laws.

Another change with modern vehicles is that you no longer need to warm up the engine before driving. Even in extreme cold situations, the car should be ready to go after thirty seconds of idling or less.

The best way to get the temperature up to normal is to start driving. Instead of wasting fuel in your driveway, start moving closer to your destination.

If you are idling for just a few seconds, you may consider shifting into Neutral. This calms down the engine RPMs, so less fuel can be used than in Drive.

In Neutral or Park, you are going to use the smallest amount of fuel possible while idling. However, you will still be putting unnecessary wear on the engine.

If you operate or manage a fleet, there are several steps you can take to reduce idling. Start by getting GPS fleet tracking software that monitors how much idling is occurring. This software helps gather pertinent data about car performance and fuel consumption. With this information in hand, you can make changes to how your team operates.

Ideally, you will establish some best practices upfront. All of your drivers should know what’s expected of them, but it’s also wise to review them occasionally. You may also consider buying auxiliary power units that allow drivers to run some necessities without the engine on.

Does Idling Use As Much Gas As Driving?

The engine will not use as much fuel per minute as when you are driving the car. However, while the engine is idling, you are getting zero miles per gallon because you aren’t going anywhere. Therefore, this is wasted fuel that would be better served by driving somewhere.

Is It Ok To Idle Car For Hours?

In a perfect world, you could idle the car for months without a problem. With that said, there will be more wear to the engine, leading to higher maintenance costs and more repair bills. If you plan to idle the engine for more than a few minutes, shut down the engine. It is better to restart it when you are ready to go.

How Much Gas Does Idling Use Per Hour?

Today’s compact cars can use up to 0.5 gallons an hour of fuel while idling. Larger vehicles and trucks will go through even more than that in most cases. While this may not seem like a lot, it’s all wasted money because you aren’t getting any miles behind you, but you are still paying for the fuel.

How Long Can I Idle My Car?

If you are gently warming up the car engine, it doesn’t need more than thirty seconds before you start driving. Additionally, there are local laws that prevent you from idling in certain parts of the country. For these reasons, it’s typically best to shut down the engine if you plan to idle for more than a minute.

Is It Ok To Idle Car With AC On?

There’s nothing stopping you from running the engine to keep the AC pumping as long as there’s enough fuel in the car. However, you are going to burn through even more fuel and put additional wear on the engine during this time. Either way, don’t run accessories with the engine off or you will drain the battery.

Understanding the amount of gas idling uses dramatically changes how you look at your daily drive. Knowing that you are going to spend money on fuel that doesn’t get you anywhere should cause you to rethink how you drive. If you are spending 0.5 gallons of fuel while idling, you are throwing money away and causing unnecessary wear to your car engine.

Instead, we recommend following some of the practices laid out in this article. By making a few adjustments to the way you operate your vehicle, you can start saving more money on fuel and maintenance. After practicing the new steps for a few days, most of the steps should become second nature to you.