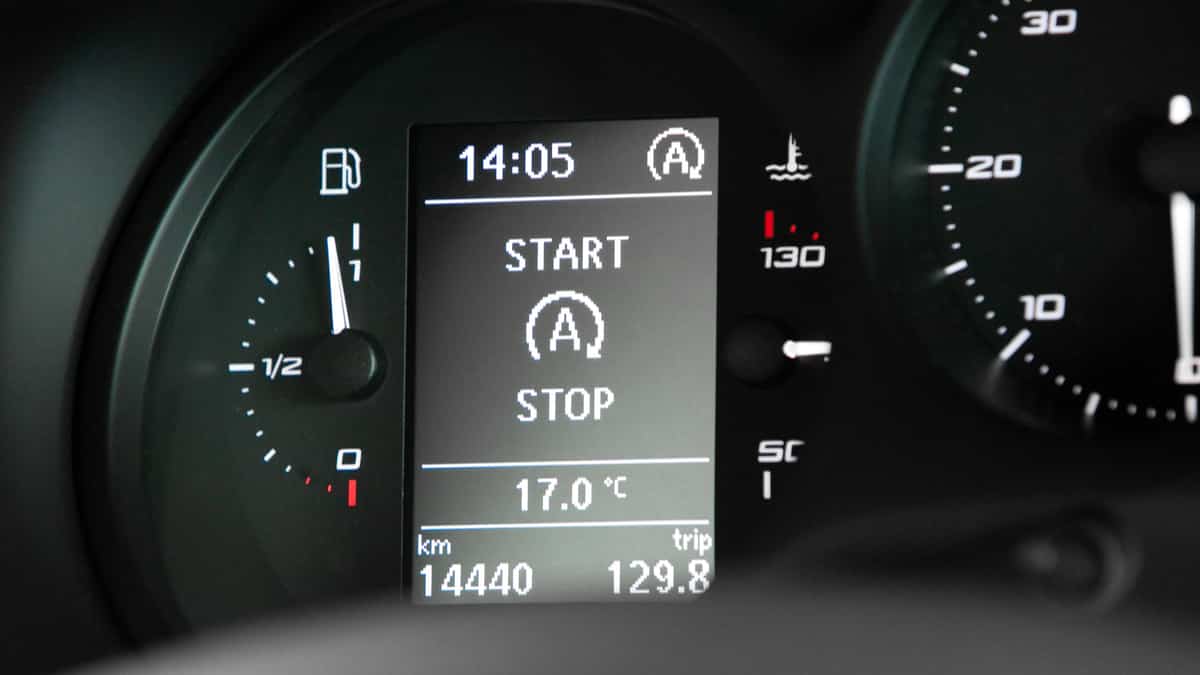 Back in 2012, the Obama Administration finalized the standards of automotive companies to encourage a corporate fuel economy average of 54.5 miles per gallon by 2025.

To help reach this goal, manufacturers released a variety of upgraded technologies, such as Auto-Start/Stop. However, there has been growing concern about whether or not the Auto-Start/Stop wears out engine components.

In this unbiased look, we examine how the Auto-Start/Stop equipment works and whether it can harm your engine. The results might surprise you.

Is Auto Start/Stop Bad For A Car Engine?

There is no proof that automatic start/stop wears out the starter motor or other engine parts faster than usual. The system only runs when the engine is hot and when the engine is very easy to start. Some engines also start almost exclusively with compression.

The biggest form of wear on your car engine is starting it. However, it’s the cold-starting of the engine that produces the most wear-and-tear. When you start an engine after hours or days of nonuse, it’s reminiscent of putting a cold mug into a pot of boiling water, except the damage doesn’t happen as spontaneously.

When you use the Auto-Start/Stop system, the car’s engine isn’t cold. The engine was running just seconds ago and will begin again while the motor is still warmed up. Additionally, there are safeguards on the system if the engine temperature starts to drop. The technology starts the car before it gets into the danger zone, as long as the key is still in the ignition.

On top of that, manufacturers have begun putting engine bearings into the motor that can handle 250,000-300,000 start cycles, compared to the previous 100,000 cycles. Other parts have been upgraded as well to accommodate this new technology.

Of course, technology is still evolving. Suppliers continue to find ways to improve on the Auto-Start/Stop system, creating better methods and more efficient equipment. As one example, Mazda is using i-Stop technology that doesn’t rely on the starter at all. Instead, it utilizes engine combustion to get things moving. When the driver lets off of the brake pedal, a fuel injector in one of the cylinders fires, igniting a spark plug, causing the engine to start with the help of combustion, rather than wearing out the electric starter motor.

Still, you will find plenty of people online telling you how damaging Auto-Start/Stop is for the engine. Of course, many of these people are not experts by any means and have nothing to use as proof. Until evidence is brought forth showing otherwise, it’s safe to assume that modern vehicles are made to withstand the effects of Auto-Start/Stop technology.

When the car comes to a full stop at a light or traffic sign, the Auto-Stop/Start feature will shut down the engine temporarily. When you are ready to get moving again, the system automatically starts back up.

If you spend most of your commute on the highway, you might not even notice the fuel-saving benefits of this technology. However, urban commuters that are in stop-and-go traffic will see a huge change in the car’s fuel economy as a result, even up to five percent more efficiency.

This advanced system detects when the vehicle comes to a stop. With sensors telling it that the brake pedal is depressed and the engine RPM has dropped, it knows to kick in.

The system shuts off the engine and disengages the transmission. When the driver’s foot comes off of the brake, the engine will restart with the transmission in gear. While the technology does employ the use of the starter to spin the engine, there are more components involved in the entire process.

While the engine has come to a temporary stop, all of the accessories in the vehicle continue to run as normal. You won’t notice any difference with the air conditioning, windshield wipers or radio during this process.

How to Disable Auto-Start/Stop Technology?

If your vehicle contains an Auto-Start/Stop system, there is a way to manually override it. In many cases, you simply have to push a button to deactivate the technology.

Before you turn off the Auto-Start/Stop system, keep in mind that the car’s fuel economy might suffer, as much as five percent. Additionally, you will need to turn it off manually every time you start the vehicle because the manufacturers have not created a way to permanently override the system.

If you drive a sports car with a Sport or Dynamic mode, placing your vehicle into those settings will automatically override the Auto-Start/Stop system. In this case, you probably aren’t concerned much with your fuel economy and are looking for the best performance possible.

When possible, it’s best to leave the Auto-Start/Stop function activated, not only to gain savings at the fuel pump but also to reduce emissions in our atmosphere. Don’t you want to do your part to save our Earth?