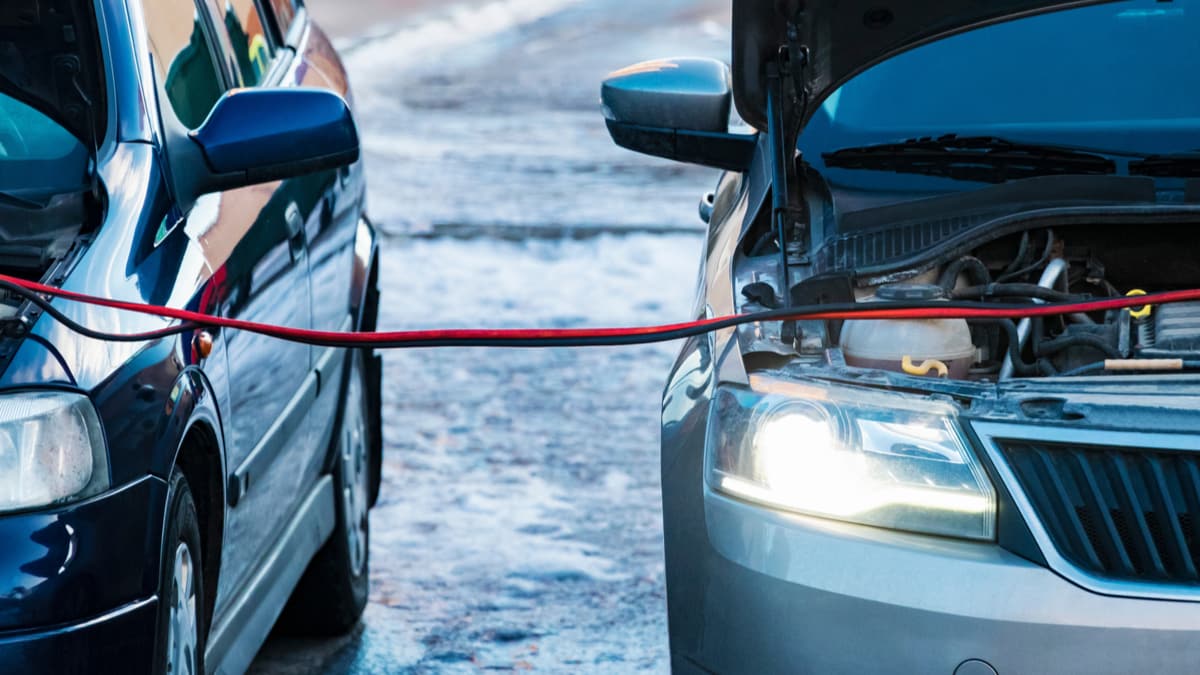 Everyone knows how to deal with a dead car battery, keeping the vehicle from starting. However, what do you do when the car won’t start, but the radio and lights work? This indicates that the battery isn’t dead after all, leading to a whole new list of issues to contend with.

In this guide, we evaluate the different reasons why your car might not start but the electronics continue working. We also show you the best ways to get your car started once again.

Causes of Car Won’t Start But Lights And Radio Work

The most common reasons why a car won’t start, but the radio and lights work, are due to a bad starter motor, blown fuse or broken ignition switch. It can also be caused by bad spark plugs or a faulty fuel pump.

However, you should not overlook the possibility that the car has run out of gas or that the battery is running low.

Here is a more detailed list of why your car won’t start, but the radio and lights work:

A dead car battery won’t have the power to turn on the lights and radio, but what about if it is dying? There could be enough power for the accessories, but not enough to turn the engine on.

Many of the accessories only need a small amount of amperage, such as 20-30 amps. To operate the starter, about 300 amps are needed instead.

Charge your car battery with a car battery charger or try to start it with a jump starter. If your car starts after this, your battery is definitely bad or something is draining the car battery!

RELATED: How to Check Car Battery Health at Home (8 Steps)

The starter motor is the component that gets your vehicle started after you turn your key in the ignition. Whether the motor has gone bad or it’s the solenoid, you will notice the same issues.

The starter needs an electrical current to reach it from the battery. With the battery at a full charge, you will only hear a clicking or nothing will happen when the starter is bad. It’s also possible for the starter to make a strange screech noise if it isn’t clicking.

All modern vehicles have a bunch of fuses, running all of the electrical components. In the majority of vehicles, the fuse box is found on the driver’s side, down near the floor. However, you can find the exact location and see a diagram of the fuses by checking your owner’s manual.

If a fuse has blown for the starter, it won’t be able to use the power it receives from the battery. The symptoms would resemble that of a bad starter, except there probably won’t be any clicking noise.

This electrical component powers on the fuel system and activates all of the accessories in the cabin. When you put your key into the ignition or press the button, the switch is activated. When there’s a problem with the ignition switch, power might transmit to the exterior lights and interior accessories, but you may not be able to start the vehicle.

If the ignition switch operates in the first position, the lights and accessories work as normal. The second position in the switch turns on the ignition and fuel systems. It’s when you try and activate the next position that it could fail to start the engine.

Spark plugs are also an essential part of your car’s ignition system. They are required to ignite the air-fuel mixture in your engine. Over time, the plugs wear out and become contaminated.

If the accessories and lights work, but you can’t get the engine cranked over, the spark plugs could be to blame. In many cases, bad spark plugs will lead to a crank but no-start situation.

To get the engine started, you need gasoline and electric power. These are the primary components that get the vehicle running and keep it moving.

If nothing from the electrical system is to blame, the fuel system is where you need to look next. If the fuel pump is defective, it won’t be able to deliver the gasoline to the engine. As the fuel pump starts to fail, you might hear whining and the performance of the engine could start to suffer.

You would love to think that you wouldn’t ever forget to put gas in the tank, but it happens. Whether you got distracted or there is an issue with the gas gauge, it’s possible that your vehicle is simply out of fuel.

If you are driving when the car runs out of gas, it might start to sputter and slow down before the engine cuts out. However, you will still have power for the lights and radio as the electricity comes from the car battery.

How to Fix Car That Won’t Start

The easiest way to diagnose a car that is not starting is by reading the error codes with an OBD2 scanner. You should also make sure that the battery is charged and in good condition before replacing any parts!

You should rule out the battery if you can’t find any other faults. With your multimeter, the battery should read 12.6 volts. If it reaches below 12.3 volts, it’s getting low. You may need a battery load tester to get accurate results though.

Try jump-starting the car to see if it starts. If the engine starts with a jump from a battery pack or other vehicle, the battery is to blame. You can get a new car battery for about $50 to $200.

When the starter motor fails, you have no choice but to replace it. Expect to pay around $400 to $700 for the parts and labor.

However, you might be able to change it yourself and save money on the labor. With many makes and models, you can find helpful YouTube videos showing how to replace it.

Replacing the fuse might be the most inexpensive fix to a non-starting vehicle, but it should only be done if a fuse is blown. Find the fuse that needs to be replaced and purchase a new one that’s compatible.

Most car fuses cost $10 or less. Plus, this is a simple repair, so there’s no need to pay someone for labor.

You can replace an ignition switch without a lot of effort. With most cars, it only requires the use of simple hand tools. Some cars require reprogramming of your new ignition switch, unfortunately, so check your repair manual before.

If the engine was running poorly before it failed to start, you might need to perform a tune-up. As part of this maintenance schedule, the spark plugs would be replaced.

While you can clean some spark plugs, it makes more sense to swap them out. You might only spend $50 to $250 to get new spark plugs installed.

Putting in a new fuel pump isn’t the easiest fix, but it must be done when the part fails. Unless you have advanced mechanical skills, this isn’t a job you’ll want to tackle on your own.

If there isn’t fuel in the system, you have to fill it up to get the engine started. While the car is parked at home, this isn’t much of an inconvenience to you. Take an approved gas can to the local station and bring it back to your vehicle.

If you are on the road when you run out of gas, you might have more of a problem. If you aren’t near a fuel station and you don’t have an approved container, you might need to call for roadside assistance.