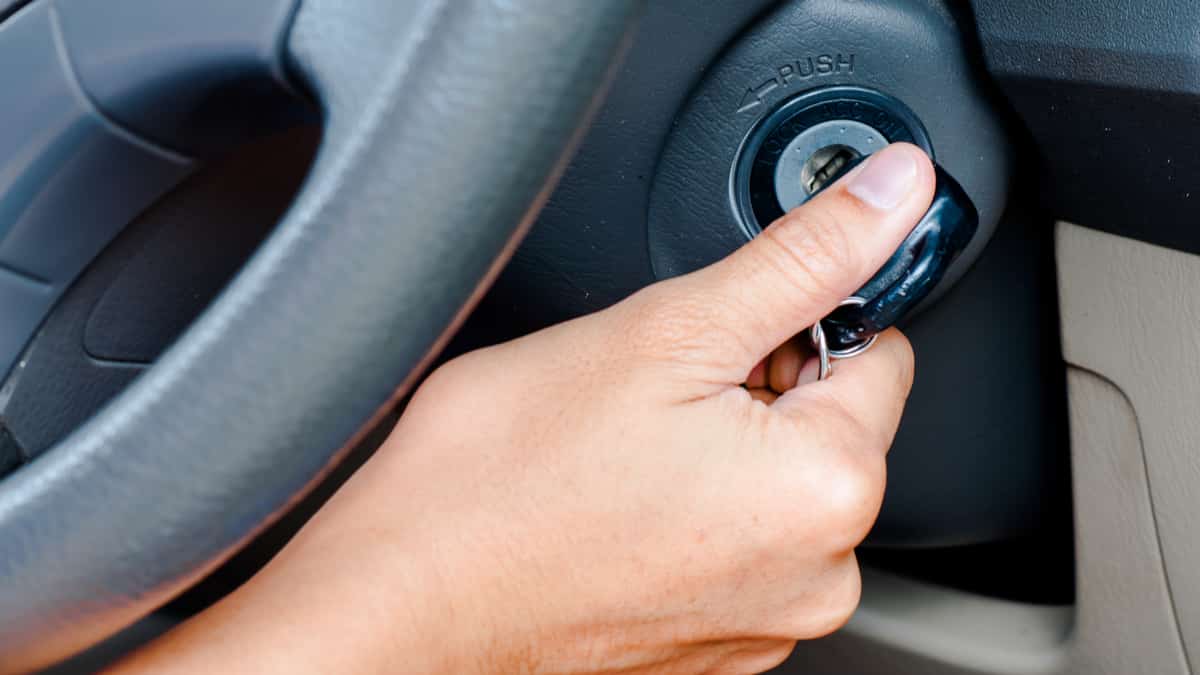 If your car cranks but won’t start, it’s usually caused by a lack of fuel or low compression. Ignition problems or failed timing could also be to blame. However, you don’t want to overlook the possibility of a battery malfunction.

Most car starting issues are the result of a battery or alternator, yet that’s not typically the case when the car cranks but won’t start. This unique situation can be caused by a number of concerns, each with its own appropriate fix.

In this article, we look closer at the five most common reasons for the engine to crank but not start. We also outline a way to diagnose and repair the issue. When you reach the end, you will get answers to some questions that might have been bothering you.

The most common reasons why a car cranks but won’t start have to do with a lack of fuel, compression or ignition. However, battery problems can also come into play.

Here are five of the most common complaints.

For the engine to get started, fuel must enter the combustion chamber. The fuel will mix with the air for proper combustion. If something is preventing fuel from getting to the engine, you may hear it try to crank, but it won’t start.

A bad fuel pump is one of the most common things that could prevent gas from getting to the engine. When the pump fails, gas can no longer be pumped through the system. On the other hand, the problem could be something as simple as a clogged fuel filter.

Another reason for a lack of fuel is clogged injectors. These nozzles get clogged with debris, corrosion and rust. Additionally, bad fuel can cause problems with the injectors, which is why it’s important to get gas from top-tier stations. Some people try to prevent fuel injector clogs by using regular additives.

If there’s no issue with the fuel system, the ignition could be the culprit. Most often, the spark plugs are fouled or contaminated. Because the plugs need to ignite the fuel/air mixture, there wouldn’t be enough spark to get things going. Some plugs are only good for about 30,000 miles, while others have a rating of 100,000 miles or more.

The engine also requires the right amount of compression, along with air, fuel and spark. If there’s not enough compression, you’ll have a lot of trouble getting the engine to start.

Low compression can be caused by gaskets or seals that are leaking. You might need to replace the valves or piston rings to get everything running again.

We’ve already discussed how important a spark is to get the engine running, but the spark must also be perfectly timed. If it happens too early or too late, the fuel/air mixture won’t combust correctly.

One of the main reasons for incorrect firing is a defective crankshaft position sensor. This sensor tells the computer what position the pistons and valves are in, so the spark can be timed perfectly. If the sensor fails, the computer won’t know when to fire the spark plugs, causing trouble starting the engine.

Ignition timing also has a lot to do with the timing chain. Most chains are rated for the life of the car, but that doesn’t mean they won’t fail over time.

There’s no question that a dead battery will lead to an engine that won’t start, but it doesn’t always allow for the motor to crank over. Still, you can’t overlook the possibility that the battery is just starting to discharge. In this case, there might be enough power to crank it but not get it started.

Even if the battery is in good condition, corroded or damaged cables can cause the same issue. A quick inspection should help you determine if the terminals or cables need to be dealt with.

How To Fix A Car That Cranks But Won’t Start

You want to figure out why the car isn’t starting so you aren’t stranded. For most people, the diagnostics aren’t too difficult, especially with some minor mechanical expertise. Here are a few steps you can take with some basic tools and knowledge.

However, if you feel that any of these tasks are over your head, it’s okay to reach out to a professional too. After paying for a diagnostic charge, you can always decide later if you want to repair the problem yourself.

Some of these faults will cause a code to be set in the computer. If you have a warning light on the dashboard, it’s possible you can figure out what’s wrong with the help of your code scanner.

Plug in your compatible OBD-II scanner to the port under the steering wheel. Read the codes and research them online to see what the problem is. At MechanicBase, we have a free list of the most popular trouble codes.

If you don’t have a code scanner, you can still see what has been set in the computer. Drive to your nearest auto parts store and have them scan the system for free.

If there are no codes present or none have to do with a cranking problem, you want to move on to the battery. Begin with a quick inspection of the connections. They should all be secure and there should be no corrosion present. If you see corrosion, clean it off with a baking soda and water mixture.

The next step would be to check the battery voltage. Here are a few tips.

You can also perform a cranking test to check on the battery. Here are some general steps.

Connect your battery to a charger to see if you can get it going again. If the battery can’t be charged, it’s time to replace it.

You can check for spark with a spark plug tester. The directions aren’t complicated. In general, here are some steps you can follow.

Aside from the spark plugs, there could also be defects with other parts. It’s not unusual for the ignition coils to go bad, either.

To check for fuel system issues, you want a pressure gauge. If the pressure is low, you will further have to diagnose which part is to blame.

Additionally, some advanced code scanners also offer the ability to look at fuel pressure. You can analyze the pressure and see where there might be a fault. Some pressure faults are simple enough to fix at home, while others may require the help of a professional.

To check engine compression, you are looking at more advanced tactics and equipment. Most home mechanics won’t have the necessary tools to get an accurate view of the compression.

For this reason, you might prefer at this point to visit your local auto repair shop. By ruling out problems with the other systems first, you can almost guarantee that compression is the problem.

How Do You Fix A Car That Cranks But Won’t Start?

First, you must diagnose what’s wrong with it. Once you find out whether the battery, ignition system, fuel system or low compression is to blame, you have a better idea about what parts need to be replaced.

Can Bad Spark Plugs Cause Crank But No Start?

Yes, spark plugs are needed to ignite the fuel/air mixture in the combustion chamber. If the spark plugs are old, contaminated or fouled, they won’t be able to ignite this mixture properly. While the problem often starts with performance issues, it is possible that the engine won’t start if the plugs are defective enough.

Can A Bad Battery Cause Crank But No Start?

If the battery is low, it may try to crank, but not for long. A dead car battery will only lead to a no-start situation. There won’t be enough power to create the cranking that you are used to hearing.

Can A Blown Fuse Prevent Car From Starting?

There are some blown fuses that can keep the car from starting. Depending on what fuse is blown, the engine may try to crank but not start. Otherwise, you may not get any cranking either but simply have a no-start situation.

If the car cranks but won’t start, don’t automatically chalk it up to a dead battery. Instead, you need to look at several major systems to determine what’s going on, including the ignition, fuel and compression.

Many of these problems will exhibit other issues before the car won’t start. If you can catch the issue when it first starts, you may be able to avoid a no-start situation. An OBD scanner will save you a lot of headaches, money, and time.

Once the engine won’t start, you need to take immediate action. Hopefully, you are in a place where you can work on the car and resolve the issue. Otherwise, you might need to have it towed first.