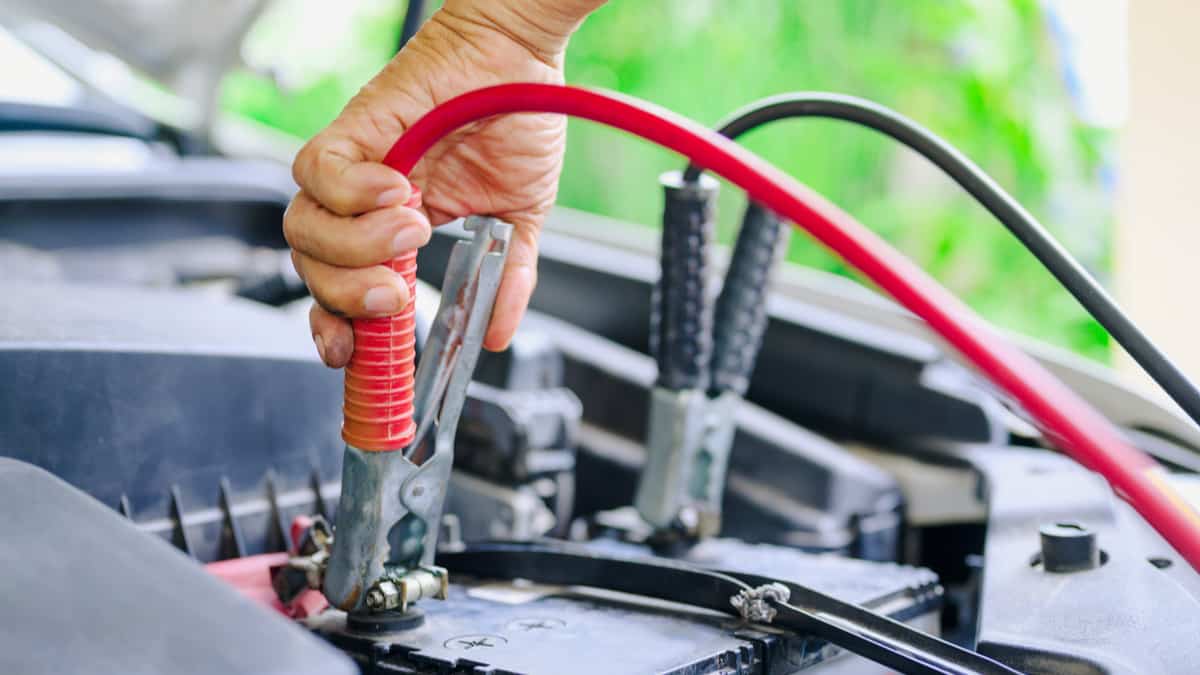 You know how to deal with a dead car battery. A simple jump start should get it running again, but what happens when it doesn’t? When the car won’t start with a jump, you are facing bigger issues than first imagined.

In this guide, we evaluate the top causes of a battery that won’t jump. We also show you how to fix each of the issues.

If your car won’t start with jump, it’s possible there’s an issue with the connection or bad jumper cables. A completely dead or malfunctioning car battery could also cause it, or it could occur with a defective starter or a malfunctioning neutral safety switch.

Here is a more detailed list of the different causes why your car won’t start with jump.

If the battery is in good condition, there could be a problem with the connection of the jumper cables or battery terminals. Look at the terminals and connectors to see if there is any corrosion.

Thankfully, this problem is easy to fix. You can use baking soda and water to scrub away the corrosion. Reconnect the battery and jumper cables and ensure everything is secure before trying to jump it again.

Don’t look past the obvious as you jump right into what bigger problems might exist. If you have a set of cheap or thin jumper cables, it’s possible that they are failing you. You should also try to leave the battery cables connected for about 5 minutes before making a start-up attempt, to allow the battery to charge the bad battery.

Even if you have a good set, the cables can break over time, especially if you don’t take care of them. Try another set of cables or use a portable jump starter instead. If you bought very thin jumper cables, it could also be an issue if you try to jump a larger engine.

Most commonly, the issues stem from a completely dead battery with a defective cell or a short circuit, which could cause an electrical malfunction. The jump start isn’t going to work when the battery can’t be rejuvenated.

Smaller jumper cables won’t be able to supply the power themselves without charging the bad battery with the good battery for a while, so if the battery can’t receive the power it won’t be enough.

You probably noticed symptoms of the battery dying, with the headlights becoming dimmer or the start time getting longer. Your local auto parts store or repair shop will bench test the battery to determine if it’s beyond jumping.

When the key gets put in the ignition, it’s the starter that activates the engine. Power transfers from the battery to the starter, so it starts to crank.

However, when the starter begins failing, you won’t be able to crank the engine, even if you try jump-starting the battery. Most likely, you will hear a clicking sound that indicates the starter has failed.

You can try shifting into Neutral to see if it starts with that adjustment. Otherwise, it can be difficult to determine if the neutral safety switch has failed.

Even if a faulty alternator does not cause this problem immediately, it may cause your car to shut down shortly after you remove the jumper cables. The battery doesn’t work alone. The alternator is responsible for keeping it charged and it runs the vehicle’s electrical system of your car when the engine is going.

If the alternator fails, the battery won’t get recharged. It doesn’t matter how much you jump it, the battery will die again as soon as the juice drains. Symptoms of a bad alternator are similar to a dead battery; so many people get these confused with one another. However, you can have the alternator tested at your local auto parts store.

RELATED: Can You Jump Start a Car in the Rain?

1. Allow the Battery to Recharge

Before you try starting the car again, allow the jump starter cables to sit for a few minutes. With the good car running, the dead battery is receiving a small charge.

When the battery gets very weak, it can be hard to get it started again. The cables alone won’t provide the electrical power needed, but a few minutes should do the trick.

If the battery doesn’t seem to be getting a charge, check on the jumper cables. If the rubber coating of the cables is warm, there could be increased resistance that keeps the current from flowing. You should try using a different set of jumper cables or resort to a box.

You also want to take a closer look at the battery terminals. If there are green or chalky white substances on the battery, you are looking at corrosion. This corrosion can keep your battery from getting the charge it needs. Take off the jumper cables and clean away the corrosion. Once the posts and connectors are clean, you can try jump-starting it again.

If nothing else has worked, it’s time to start looking at the major systems to see where the fault could be. There aren’t a lot of major systems that could be causing a no crank situation. Even though many people claim that a clogged filter or a spark plug issue will cause you to think the battery is dead, this isn’t true. In both situations, the engine will still crank, but not start.

You might start by shifting into Neutral to see if you can get the car started now. If so, this indicates that the Neutral Safety Switch has failed. Test or install a new battery to ensure it’s healthy before doing anything else. Otherwise, you want to have the possibly faulty starter bench tested to see if that’s causing your problems.

4. Seek Help from a Professional

When all else fails, you will need to seek help from a mechanic. The diagnostics that need to be performed might be more than you are capable of doing on your own. Have the vehicle towed to a reputable location and hope for the best.

How To Jump Start a Car

There’s always the possibility that you aren’t jump starting the car the appropriate way. It’s always good to have a quick refresher on the proper steps, so you can assure the battery has the connection it requires. Here are a few simple steps to follow:

RELATED: Which Battery Cable Should be Removed First, but Installed Last?

Once the car is running, it’s best to keep it going for at least 15 minutes. The longer it runs, the more charge the battery gets from the alternator. If you can, take the car out on the highway for a little test run because higher speeds also help to get the battery charged. Whatever you do, don’t turn the car off right after jumping it or you might run into the same trouble.