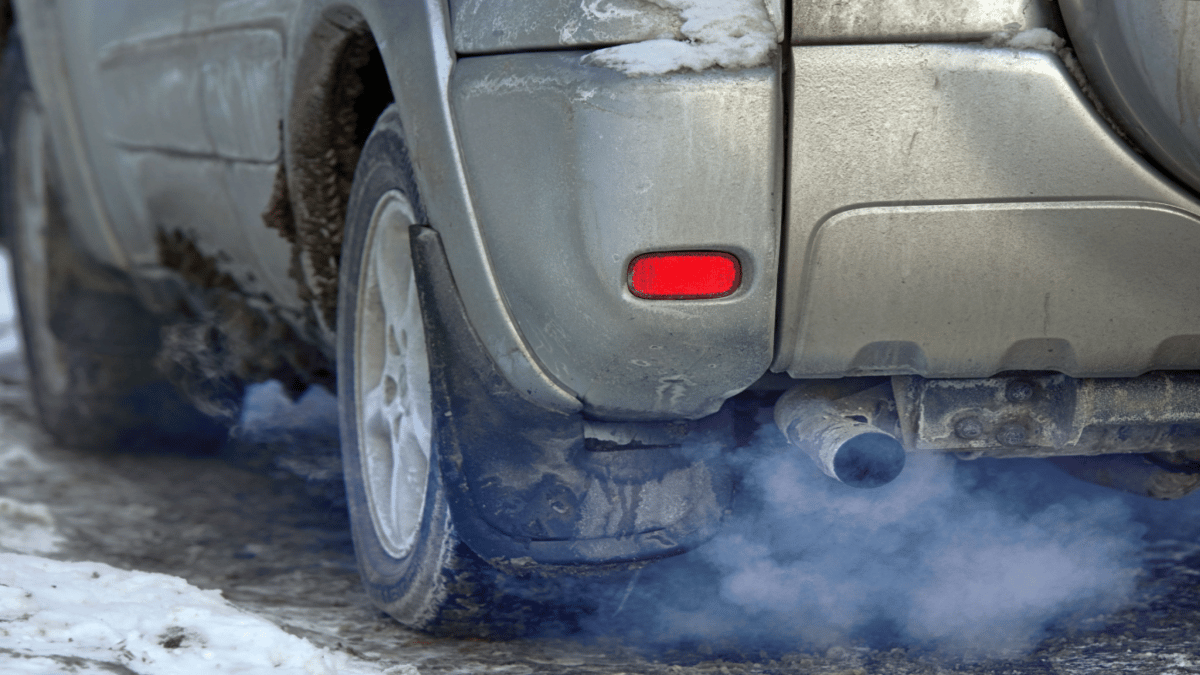 Back in the day, it was normal for people to warm up their car engines by letting the vehicle idle. With today’s modern vehicles, there’s no reason to run the engine unnecessarily. However, can you run the engine if you want to, and is idling bad for your car?

In this article, we look at what idling means and the reasons why you should avoid the practice. We also cover some times when idling might make more sense than shutting down the vehicle.

Table Of Contents show
Is Idling Bad for Your Car?
What Does it Mean to Idle the Car?
Reasons Not to Idle Your Car
1. Unlawful
2. Dangerous to Environment
3. Bad for Health
4. Engine Wear
5. Wastes Fuel
6. Increased Chance of Theft
When is it OK to Idle the Car?
1. To Defrost Car Windows
2. Sitting at a Stoplight
3. Low on Gas
Car Idle FAQs
How long should a car idle?
Can I idle my car all night?
What happens if a car idles too long?
Is it OK to let a car idle for 10 minutes?

Is Idling Bad for Your Car?

Allowing your car engine to idle for long period can be bad for your engine and is unnecessary for modern car engines. When your car idles, the engine is being used for no purpose. Combustion might not occur properly, and exhaust is being pumped into the atmosphere for no reason.

It’s best to turn off the car if you aren’t planning on going anywhere. You can restart it when you are ready.

What Does it Mean to Idle the Car?

When you leave your car running even though you aren’t going anywhere, this is referred to as idling. During this time, the vehicle isn’t moving anywhere. The engine is powered on and running, but the wheels aren’t spinning. The gearshift can be located in Park or you could have it in Drive with your foot on the brake.

Here are a few common reasons that people choose to idle their cars.

However, not all of these reasons are valid for letting the engine idle. Let’s dive deeper into why you should consider shutting the car off, some of which affect your health while others harm your pocketbook.

RELATED: How Long Should You Let Your Car Warm Up in the Winter?

Reasons Not to Idle Your Car

Many states have laws in effect that prohibit idling for a specified amount of time. For example, in Washington D.C., you can be fined up to $5,000 for letting your car idle longer than three minutes.

With more states having laws than not, you should research any local ordinances before letting the engine run. Speak with your local DMV about what’s allowed in your region.

The exhaust created by your car takes a toll on the atmosphere. When you aren’t driving anywhere, these emissions are pointless.

If you drive a standard gas-powered engine, your car could be pumping a pound of carbon dioxide into the air every ten minutes it idles. That’s a lot of pollution that doesn’t need to occur.

The fumes created from idling can be dangerous to your health. When the car isn’t moving, the fumes don’t dissipate the same way.

These fumes have been linked to respiratory illnesses, such as asthma. They can also cause cancer or heart disease if exposure continues.

It’s bad enough that you could harm the atmosphere and your health. Yet, you might need another reason why to avoid idling. In some cases, idling can be dangerous to your car engine. If you’ve ever priced the cost of a replacement engine, you know this is something you don’t want to pay for.

When the engine isn’t running at optimal temperatures on a consistent basis, the way the fuel burns can change. It might not combust completely because of the differing temperatures. When fuel is left behind, a residue can occur that leads to exhaust system damage.

On the other end of the spectrum, you will hear plenty of people tell you that turning off the engine and restarting the car is just as damaging. Turning the engine off and restarting it can be hard on the car battery, but that’s minimal compared to what you could be doing to your engine. Which part would you rather replace prematurely?

If you look at the EPA ratings of your car, you see that it averages a certain amount of miles in the city and another on highway miles. When everything is optimized, you can expect to achieve this rating or close to it.

However, when you idle the engine, the car is moving nowhere. During this time, the engine is still using fuel, so you are paying for every minute it idles. Basically, you are getting zero miles per gallon, which isn’t a good thing. If you are worried about gas prices and how much you spend to fill up the tank, you definitely don’t want to idle the engine.

Do you warm up your car engine while you continue getting ready for work in the morning? Or, are you one of the people that will run in the store and leave the engine running because you’ll only be a minute? Either way, you are putting yourself at risk of being the victim of theft.

When is it OK to Idle the Car?

There’s no need to fully warm up your car in the winter. However, you can’t head out on the road with ice or frost on the windows because that’s unsafe.

For this reason, it makes sense to idle the car long enough to get the windows clear. You can help the process along by using your ice scraper to remove solids instead of waiting for the vehicle to do all the work.

2. Sitting at a Stoplight

It’s natural to idle at a stoplight. You aren’t going to turn off the engine just to restart it in a few seconds. There are some modern cars that do this automatically without you having to do anything extra. The feature is called an auto start-stop function.

If you were to perform this on your own, you would hold everyone up at the light when it turns green. People would get aggravated with you if you made this a regular practice.

If your car is running low on fuel and you are on your way to the gas station, you may consider letting the engine idle while you are stopped. It could use slightly more gas to restart the engine than it does to idle.

While the car is running, it may just be sucking fumes, which won’t be enough to get it restarted. Do yourself a favor and don’t let the tank get so empty next time. Not only does it lead to a lot of panic, but it’s bad for the fuel pump too.

How long should a car idle?

Most carmakers recommend that you idle your car for about 1 to 2 minutes before driving off. This warms up the engine and oil, and gets everything running smoothly.
However, if it’s cold outside, you may want to let your car idle for a minute or two longer to make sure everything is warm before hitting the road.

Can I idle my car all night?

If you have enough fuel in the gas tank, you could potentially idle your car the whole night. However, it’s bad for your engine and the environment. Additionally, extended idling can cause build-up on valve stems, piston rings, and cylinder walls, which can lead to expensive repairs down the line.

What happens if a car idles too long?

If a car idles too long, it will eventually run out of gas. Additionally, the engine can begin to overheat, which can cause serious damage. In the long term, it will also wear your engine faster. It is therefore advised to avoid letting your car idle for extended periods of time.

Idling your car for 10 minutes every now and then won’t damage your engine. But if you do it every day, it can wear out your engine in the long run. You save both engine, fuel and the environment by turning off the engine instead of idling.