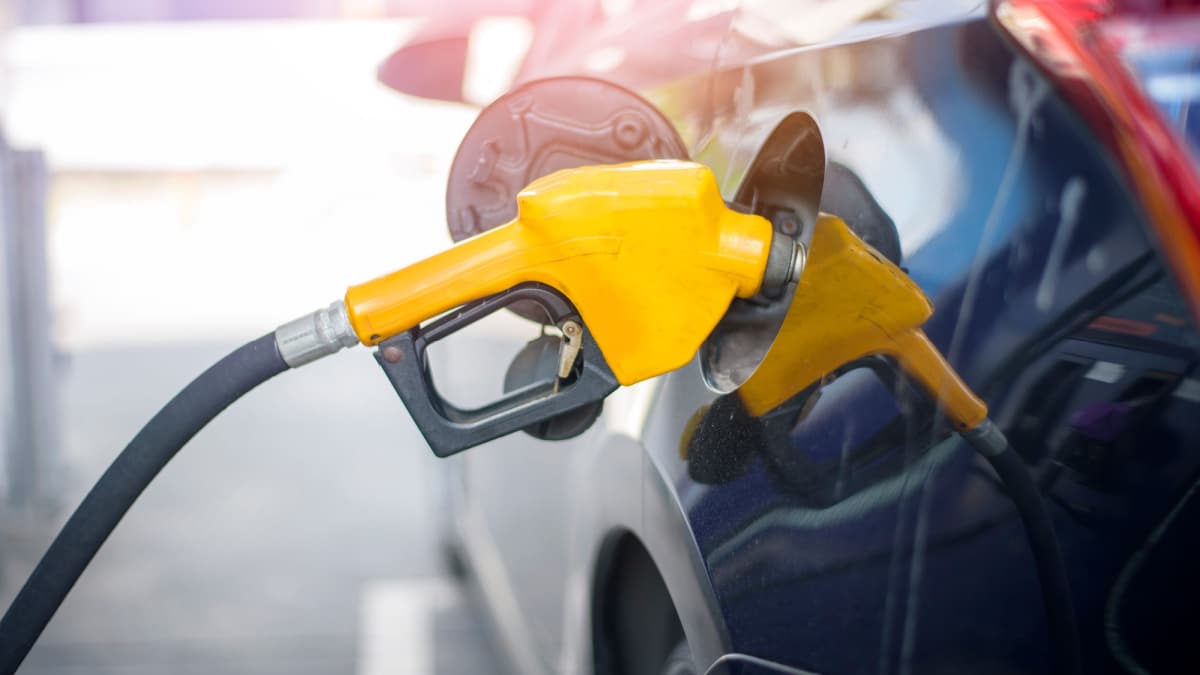 When you pull up to the gas pump, you know that the system will automatically shut off as the tank gets full. However, it’s also common to push the limits and see how full the tank will get. What happens if you overfill your gas tank, will it cause problems or just spill on the ground? It’s important to know how to deal with an overfilled gas tank.

In our guide, we discuss what’s going to happen with too much fuel in the tank and we determine how bad this condition is. Our article also describes what to do once it has become overfilled. Furthermore, we take a closer look at the EVAP system and the full tank, plus we answer some of your most-asked questions.

What Happens If You Overfill The Gas Tank?

If you continue pushing the gas pump beyond when it automatically shuts off, it could damage the evaporative emission control system (EVAP) on your car. For this reason, it’s important to listen to that shut-off mechanism because it serves as an important safety feature.

As the gas gets too full in the tank, it will start to buildup in the filler neck. Once you stop pumping, the gas will start to filter through to the tank as it compresses. Anything that can’t fill into the tank will drip into the EVAP system.

Liquid gas should never be allowed into the EVAP system. If it does, you could notice performance issues and cause engine damage. Even if you only need to replace the EVAP charcoal canister, you could face a repair bill between $250 and $1,500 for most car models.

In addition to these problems, you could spill fuel on the ground, your hands or the car. Because fuel is flammable, there would be an increased risk of a fire.

Is It Bad to Overfill The Gas Tank?

We’ve already touched on how an overfull gas tank can lead to EVAP system damage. However, there are more reasons why overfilling is considered bad. First, gas could spill on the ground and on you. Not only is this dangerous, but it’s a waste of money. It’s also not great for the environment.

Additionally, too much fuel can lead to wear on the spark plugs. With fouled plugs, engine damage and misfiring follow if they aren’t changed. Plus, running a car with bad spark plugs could lead to catalytic converter failure.

Besides these obvious issues, any damage done to internal automotive systems is going to be an even larger waste of money. Even if you can get a few more dollars in the gas tank, you could spend far more than that if you have to replace a part in the EVAP system. If it’s overfilled to the point that you can’t drive, how much more money will you spend on a tow truck?

What To Do If You Overfill The Gas Tank?

There’s always the chance that you could overfill the gas tank simply by not paying attention and continuing to go past the shut-off point. If you overfill the tank, you want to take prompt action to avoid trouble.

If the car seems to act funny after pulling away from the station, you may want to have a mechanic look at it. Repairing damage promptly can help to head off any other potential failures. In the future, you will probably remember not to overfill the tank.

How Do You Know If The EVAP System Is Filled With Fuel?

Overfilling the gas tank once or twice isn’t usually going to lead to long-term consequences. However, if you make a habit of regularly overfilling the tank, you could eventually damage the EVAP system. How do you know when damage has occurred?

The Check Engine Light should come on with an EVAP fault. During this time, your car will also fail emissions testing. While you can continue driving with a broken EVAP system, more damage is going to occur, leading to higher repair bills.

When the charcoal canister fails, you’ll notice a gas smell in the car. It might even be strong enough to smell when you get near the vehicle.

Can I Start the Car When the Gas Tank Is Overfilled?

Ideally, you wouldn’t start a car with an overfull gas tank. Gasoline is extremely flammable and a spark could create combustion that leads to disaster. With that said, you need to get your car moved away from the gas pumps.

If you have overfilled the tank, let the car sit for a few minutes. If the engine is still running (which it shouldn’t be), turn it off and wait for a few minutes. Sitting for even a couple of minutes helps to let excess fuel into the tank. This draining process doesn’t usually take long.

Within a few minutes, some of the gasoline in the neck will be evaporated. The rest should have drained where it needs to be. You can use this time to clean up any mess that you made around the pump. Only when these things have occurred will it be safe to start your car engine again.

Fill Up the Gas Tank: Dos and Don’ts

You may think that you’ve learned everything there is to about filling up your gas tank. However, many people find themselves at a loss with basic filling instructions. Here are a few dos and don’ts that should always be followed.

On top of these guidelines, it’s important to follow any posted rules at the gas pump. Read the signs carefully to ensure you remain safe.

Will A Gas Tank Leak If Overfilled?

Not only can the excessive amount of fuel cause damage to the EVAP system, but the extra pressure can lead to a leak in the tank. Either one of these situations is dangerous and can easily be avoided by cutting off the pump when the automatic shut off enables.

What To Do If Gas Overflows While Pumping?

Stop pumping immediately. If gas has spilled, you need to clean it up to prevent a fire from occurring. Also, don’t start the vehicle until you see the gas move out of the filler neck into the tank. This process could take a few minutes.

Can An Overfilled Gas Tank Explode?

In most cases, the overfilled tank is going to leak into the EVAP system. Additionally, the pressure could cause a leak to occur in the tank itself. It’s unlikely that the tank would explode. However, any leaking fuel can cause a fire, which is why it needs to be cleaned up immediately.

Can An Overfilled Gas Tank Cause The Check Engine Light To Come On?

If the fuel leaks into the EVAP system as liquid, there can be damage down to the vital components. When this happens, you can expect the Check Engine Light to illuminate. You may also notice performance issues with the vehicle and the car could fail an emissions test until it is repaired.

You don’t have to deal with an overfilled gas tank if you take some basic precautions at the pump. By following posted guidelines and turning off the pump when the automatic shut-off enables, you prevent any overfilling from happening. If you accidentally overfill the tank, there are still some ways to protect yourself.

It’s tempting to try and get as much fuel in the tank as possible. Not only do you want to round up to the nearest dollar, but there’s always the desire to get more at each trip to avoid stopping again. However, none of these are reasons enough to deal with the consequences of overfilling the gas tank. Think about the cost of the repairs and the danger that comes with spilled gasoline before you keep pushing the pump harder.