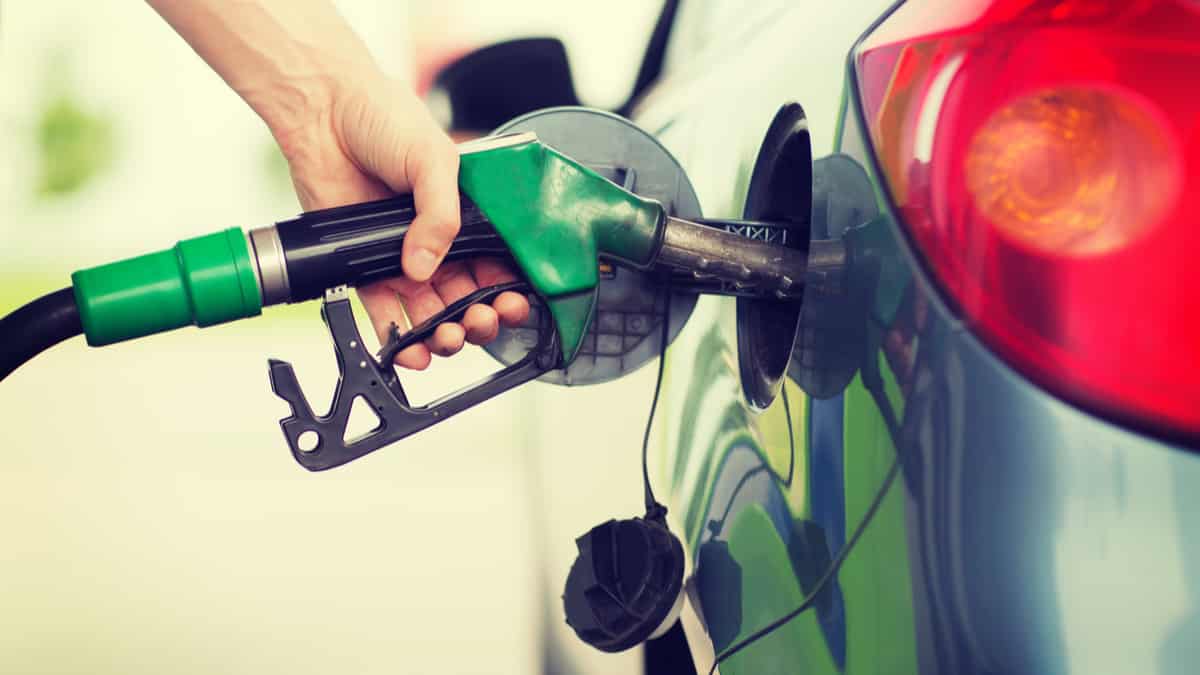 When you pull into the gas station, you see different colored handles that indicate the different varieties of fuel. While it’s difficult to miss the appropriate one for your vehicle, there are times when you could be distracted, inadvertently putting gasoline into your diesel engine. What do you do now?

In this article, we cover what happens to your diesel vehicle if you fill the tank with gasoline instead. We will also look at the differences between the fuel and tell you what to do next to mitigate damage.

What Happens if You Put Gas in a Diesel Engine?

If you put gas in a diesel engine, it can cause damage to the fuel system, like the fuel pump or fuel injectors. This is because gas does not have the same lubrication properties as diesel. It can also cause uncontrolled detonations damaging internal engine parts.

Some things can happen to your car engine if you fill your tank with gasoline instead of diesel. Here is a more detailed list of problems that could occur if you fill gasoline in your diesel engine:

The diesel engine simply wasn’t manufactured to ignite fuel. Unlike diesel fuel, gas wasn’t made to ignite automatically, which is why a spark plug is needed.

When gas is put into a diesel engine, there are no spark plugs to start the process. If the engine were to start, it would only be because there was enough diesel fuel mixed into the gasoline.

Diesel fuel is very similar to oil because it also lubricates the internal components of the engine. Using gasoline in the engine provides none of this lubricant because it acts as a solvent instead.

Not only will gas contaminate the engine, but the lack of lubrication causes other troubles. If the engine runs, metal parts are going to rub together and become damaged.

It isn’t just the engine you need to worry about, but also the diesel system. This system is set up with special fuel filters, pumps and injectors, meant to handle diesel.

When you add gas to the system, you leave the door open for damage. In fact, you might need to replace the entire fuel system to repair the damage.

Inside the diesel engine, there are many parts moving, just like you would find in the gas engine. You will find pistons, rods and other moving components.

Because of the different weight and properties of gasoline, the diesel engine will detonate uncontrollably, creating a shock wave of events. The components simply won’t be able to handle this level of detonation, leading to irreversible damage.

Gas isn’t going to ignite in a diesel engine as well, leaving behind lots of unburned fuel. As a result, you might see black smoke pouring out of the exhaust. Not only is this dangerous to the system, but various sensors could also quickly clog because of the additional soot.

All of the previous conditions can lead to severe engine damage. If caught early enough, you could lessen the amount of damage done.

However, if you let the system run unchecked, you could damage the engine beyond repair. The longer you continue driving, the higher the chances are that you will need a new engine, which can become quite expensive.

Differences Between Diesel and Gasoline

Both diesel fuel and gasoline are refined from crude oil, but the two have many differences. For starters, diesel fuel is going to have a thicker consistency than gas does. It is also heavier, weighing a pound more than gas.

Gasoline evaporates, while diesel doesn’t. Plus, gasoline doesn’t contain lubricating properties, but diesel fuel does. Diesel is self-igniting at lower temperatures than gas, with diesel engines not using spark plugs for ignition.

On top of that, the diesel motor has a higher compression ratio than the gas engine does. All of the differences add up, causing the fuels to act very differently when put into the wrong engine.

What to Do if You Put Gas in a Diesel Engine

The moment you realize that you put the wrong type of fuel in your engine, you need to take steps to lessen the damage. Obviously, you don’t want to panic, which is easier said than done.

Follow these steps if you put gas in your diesel engine:

Above all, avoiding putting gas into the diesel engine will save you from a lot of headaches. Pay attention when pulling into the fuel station to ensure you use the right nozzle.