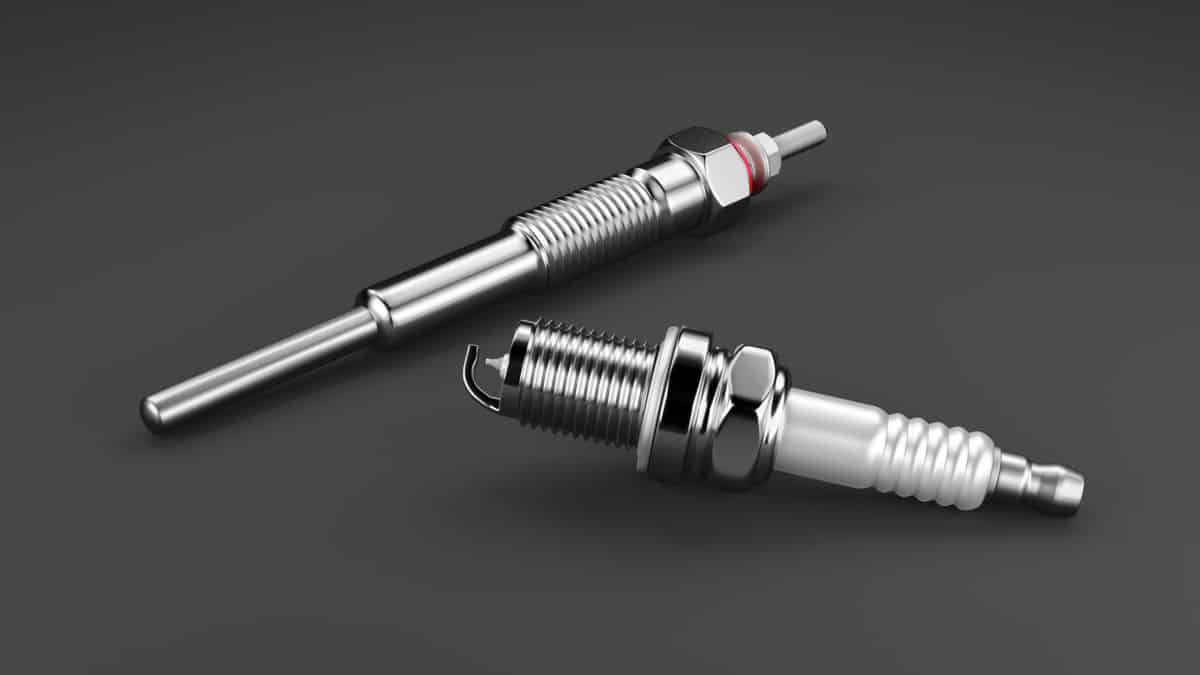 If you’ve been thinking about doing a tune-up to your truck or car, you might wonder how many spark plugs does a diesel engine have? This is a valid question that has stumped many at-home mechanics and enthusiasts.

In this guide, we will answer your spark plug questions. We will show you what can be found in the diesel engine and help you understand the system better.

How Many Spark Plugs Does a Diesel Have?

Gas and diesel engines operate differently. The diesel engine requires the use of a heating device, which is a reason why glow plugs are used. The glow plug and spark plug are similar in design, but the glow plug offers more purpose.

What Are Spark Plugs?

The spark plug is found in all gasoline-powered engines. Most gas engines contain one spark plug for every cylinder. Therefore, if you had a 6-cylinder gas engine, you would likely find six spark plugs, one for each cylinder.

The car engine fires these spark plugs in a particular order to provide the spark needed to ignite the mixture in the combustion chamber. Inside the engine, there is a small explosion happening to ignite the air and fuel mixture.

When this explosion occurs, the piston is forced down in the engine, thereby creating the energy that helps push your car forward. However, the diesel engine doesn’t require ignition to operate. Instead, it needs heat and pressure, which is exactly what the glow plugs provide.

What are Glow Plugs?

The glow plug operates as a heating element. It looks like a spark plug, but it’s not igniting fuel or air in the pistons.

The diesel engine could run without glow plugs, especially in warmer climates. However, this electrical heating device is found in each cylinder and it helps ensure a reliable start once the temperatures start to dip.

How Many Glow Plugs Does Your Diesel Engine Have?

It should come as no surprise that the amount of glow plugs is similar to how many spark plugs are found in a gas engine. Your diesel engine likely has one glow plug per cylinder.

Stages When Glow Plugs are Needed

In some cases, diesel owners experience better performance if they wait a few minutes from the time they set the ignition to ON before they start the engine. In older vehicles, the heating process can take a little longer, so it’s best to allow for some time.

As you start to crank the engine, the glow plugs can also be beneficial. However, glow plugs aren’t used to create a spark that ignites the air and fuel mixture.

Instead, during this time, the glow plugs merely assist in keeping the temperatures up for better combustion. With the temperature just right, combustion can occur faster and more efficiently.

The glow plugs continue to warm the combustion chamber for a while after the engine cranks over. By keeping the temperatures up, combustion occurs efficiently.

Additionally, there is less noise output while the combustion chamber heats up. The glow plugs ensure everything continues running smoothly.

This type of glow plug utilizes an integrated pressure sensor. It improves engine efficiency, as the sensor reports the cylinder pressures to the engine control unit (ECU).

PSG plugs do well at starting the vehicle when the weather is colder. They can also improve fuel economy and lower emissions by making combustion easier.

The ceramic glow plug can heat up much faster. Because they heat up quicker than other types, they will reach optimal temperatures before any other plug.

If you live in a colder climate, you will want this high-performance plug. Instead of waiting for the plugs to warm up, you could be starting the engine and burning fuel at optimal temperatures.

The steel glow plug is one of the cheaper options on the market. It’s designed to save you money, but it still works well enough to be considered reliable.

The steel glow plug is available for two- and three-stage glow systems. While two-stage systems are used on older engines, the three-stage is common today. With the steel plug, you can expect a longer starting time, but there should be no issues, even in the coldest weather.

As the glow plugs start to fail, it will take longer for the engine to start, especially in cold climates. If the engine has an external block heater, there are fewer issues as the glow plugs weaken. Until the engine reaches normal operating temperature, there could also be some performance issues.

However, it’s possible to drive with bad glow plugs. Because the glow plugs aren’t needed for the normal operation of the running engine, there should be no major issues continuing to use your vehicle after the plugs fail. The time that you would notice the biggest issue is when you try to start the diesel engine in freezing cold temperatures.