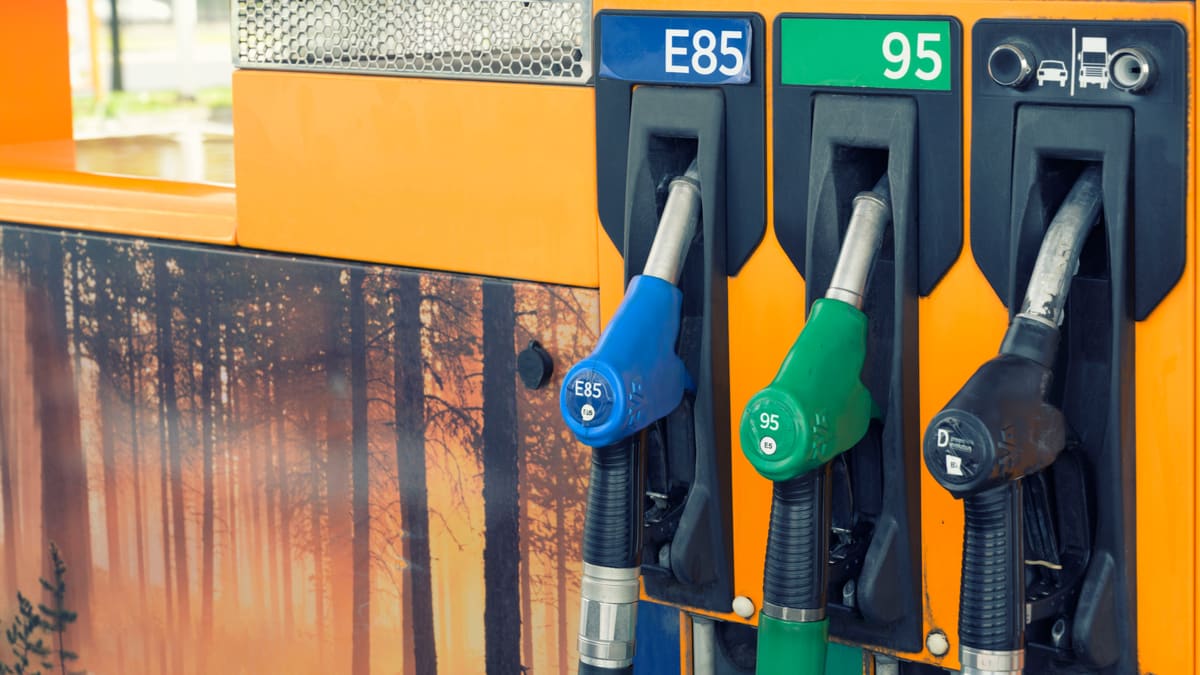 If you want to do your part for the environment, you have likely started to consider the differences between ethanol vs. gasoline. While some vehicles will use either option, others only take a particular fuel. However, if you have the choice to make, it’s important you understand the pros and cons of each.

Not only will we cover the definition of ethanol and gasoline, but we will also discuss the situations when each is appropriate. In the end, you should be able to determine what’s best for your vehicle.

What Are The Differences Between Ethanol (E85) vs. Gasoline?

The main difference between ethanol (e85) and a gasoline engine is efficiency. A gallon of ethanol contains less energy than a gallon of gasoline, resulting in lower fuel economy when operating your vehicle.

While this is just a really quick answer to your question, let’s go into the reason for this.

Gasoline is known to produce more energy than ethanol. Because of this property, gasoline will help a vehicle create its maximum horsepower rating.

In fact, a gallon of standard gasoline produces one-third more energy than a gallon of ethanol, which is quite a stark difference. By blending gasoline and ethanol at an 85/15 percent ratio (E85), the fuel becomes thirty percent less powerful.

If you are hoping to get the maximum fuel economy rating out of your vehicle, you will notice better performance from gasoline. Because ethanol requires more energy to burn, your vehicle will have to work harder.

Ethanol has been known to cause damage to the engine and fuel system, while gasoline helps protect these vital components. With ethanol, you need to worry about fuel separation and water contamination because ethanol absorbs and attracts water.

If the vehicle sits for any amount of time, the problems can become severe. Additionally, ethanol is a form of alcohol, which leads to corrosion in the fuel system. Over time, the plastic and metal components can start to rust, crack or become deformed.

However, this cost must be evaluated by the other factors we discussed. While you might pay less at the fuel pump today, how much more frequently will you be filling up due to reduced mileage and how much damage will you have to pay to repair later?

With the use of fermented plants, ethanol is created as a biofuel. In many situations, the fermentation involves corn or sugarcane, but it can also be made from algae or manure. Because it is created from a set of living organisms, it’s termed a renewable energy source.

However, there is still energy required to produce this renewable source. Still, ethanol is known to produce a cleaner burn that is said to be better for the environment.

The most common ethanol fuel is the E85 fuel which contains 85% ethanol and 15% gasoline..

Gasoline is produced from petroleum liquids and crude oil. After the gasoline is refined, other liquids are blended into it to ensure it can be used in an ignition engine. In many cases, ethanol is also included to some extent. Depending on where you purchase the gasoline, there might also be detergents or additives included.

The gas sold in the United States tends to contain 10% ethanol as a standard. Additionally, you can find various grades of gasoline, such as Regular, Midgrade and Premium. These are also known as Unleaded, Super or Super Premium, indicated by the octane rating. The higher the octane rating, the more you can expect to pay.

With every mile driven, the ethanol fuel reduces emissions up to 30%. When you consider how much damage vehicles can cause to the environment, this reduction creates a great impact.

Every vehicle on the road using ethanol fuel helps to counteract what has already been done to the environment. Even if there is spillage of the ethanol fuel, there’s no worry about contamination because it is made from raw materials that are safe for the environment.

To create ethanol, only plants are needed. Because plants grow easily in soil, the process is completely renewable. It’s also sustainable because only a water supply and sunlight are needed.

Ethanol can be created by any number of plants. Even if there is a shortage of one, production can continue with the help of another, ensuring a future filled with ethanol manufacturing.

Some manufacturers choose to use corn to make ethanol, especially in the United States. However, many other countries have turned to using sugarcane, which is also readily available.

Without these plants, algae can create cellulosic ethanol. Plus, the fruit and seeds from a plant are not needed for production, just the fibers themselves.

You will not find a standard price for ethanol across the country. The prices are going to depend solely on the location.

You can save up to $1 per gallon if you purchase ethanol in a location where it is produced. On the other hand, buying ethanol where it needs to be transported might only save you 25 cents per gallon compared to gasoline. In general, the lowest prices are anywhere there is an abundance of corn, such as in the Midwest.

While existing fuel stations can easily sell ethanol with the setup they already have, many of them haven’t transitioned yet. Drivers might have trouble finding a place to fill up with ethanol because of a lack of availability.

Additionally, to create ethanol, farm space is needed. Without this room to grow crops, production will be limited.

Ethanol doesn’t handle water the same way gasoline does. When too much water is present in the fuel, it can cause adverse reactions to the sophisticated systems of a vehicle.

Considering that ethanol is a great solvent, it can easily dissolve rubber, plastic and fiberglass. With all of these materials included in the modern vehicle, it can be a recipe for disaster.

Most cars were designed to work with gasoline. With a perfectly running system, you can expect to get up to 27% more mileage from gasoline than you can from ethanol.

Yes, you may spend less on ethanol while at the pump, but you might also be filling up more often. In the long run, you may actually save money using traditional gasoline instead.

If you are living in the Midwest, you likely have a variety of fueling stations to choose from that include ethanol options. However, that isn’t the case in some parts of the country.

While gasoline is located at every fuel station, ethanol can be harder to find. If you want to fill up and go without searching out the right location, gasoline is the best option.

3. Better for the Vehicle

Gasoline has been the go-to choice for energy production in vehicles for decades. It’s known to perform well and is created to protect the engine from wear.

The biggest drawback to using gasoline is how much pollution is created. Each year, the United States releases 1.7 billion tons of CO2 into the atmosphere just because of gas-powered vehicles.

CO2 has a devastating impact on the environment. It has been linked to creating a warmer climate, rising ocean levels and melting ice caps.

The majority of gasoline used in the United States does not come from American sources as ethanol does. In fact, more than 57% of the oil we use originates from a foreign source.

The Middle East is a dominant location for oil production and is a member of OPEC (Oil Producing and Export Countries). However, this organization has been accused of manipulating oil costs, leaving economies open to recessions based solely on fluctuating oil prices.

Ethanol is a great choice if you are looking to do something positive for our environment. However, it’s not the ideal solution for everyone. Until the process is streamlined and infrastructure is upgraded, it becomes more complicated to use ethanol fuel than gasoline. Hopefully, these issues will be worked out in the future and prices will be regulated for a better alternative.

Yes, E85 burns faster. When comparing the energy content of gasoline with ethanol, it has about 33% less energy. This means that a car running on E85 will use more fuel than one running on gasoline and will therefore produce fewer miles per gallon.