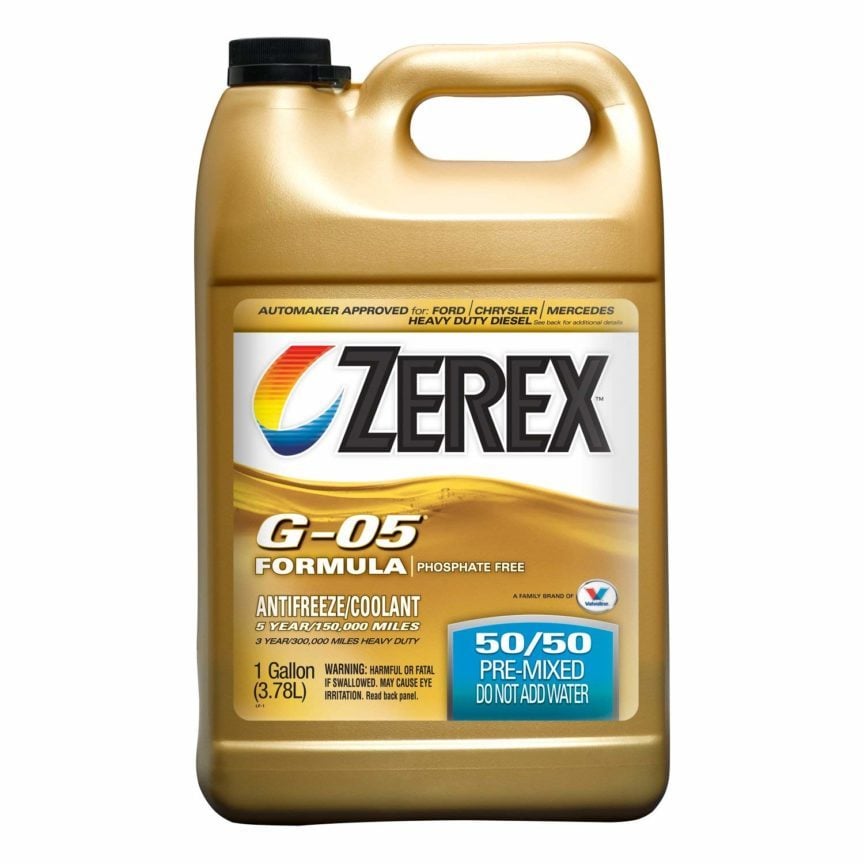 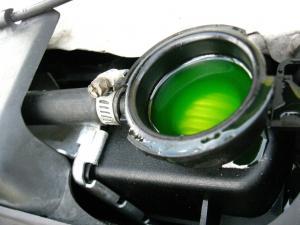 The anti-freeze is included in the engine coolant to prevent it from freezing.

There are moments when you are low on anti-freeze and the only brand available is different from the one you had previously used.

Many motorists are unsure of mixing the two because the ingredients are different.

Most of the anti-freeze use ethylene glycol as the main coolant base. The green/yellow color found in most anti-freeze is due to the use of silicates but new anti-freeze variants made from organic acids give an orange or pink color.

If you mix any of the two you will reduce the corrosive properties of the anti-freeze.

The anti-freeze retails cheaply and you should easily flash out the coolant in the cooling system with a new brand instead of mixing the two.

What is the purpose of the anti-freeze?

When the anti-freeze is added to the cooling system it reduces the freezing point of the coolant. The advantage of this is that water will not turn to ice under extremely cold temperatures. In addition, it also prevents engine overheating by raising the boiling point of the coolant. The anti-freeze helps your engine corrosion and assists in heat transfer.

What are the various types of coolants? 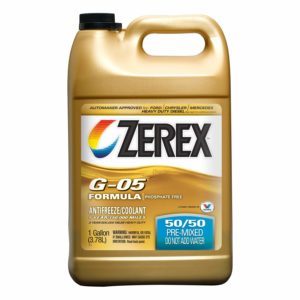 The answer to you can mix different coolants with each other is more complex than it sounds. You have to not consider the color of the coolant, but the type of coolant and what type of engine you do have. Check out further to get more information on how you can be sure that you can mix the coolants.

There are a lot of different colors when it comes to antifreeze. However, there are two specific colors that you should be especially aware of.

This was previously the only available type of coolant. It is created through inorganic addictive technology (IAT). In this instance phosphates are added to ethylene glycol – some use propylene glycol instead.

This one is created through organic acid technologies. The new coolants were created to meet the production of newer cars that used aluminum and nylon parts.

Methanol is a volatile, colorless liquid that is known as the simplest alcohol. While not suitable for use in automobile anti-freeze it serves the purpose as a windshield washer due to its solvent properties at room temperature.

This has been the most popular anti-freeze agent. It has a high boiling point and this makes it the perfect agent for anti-freeze mix. It can oxidize with other chemical compounds and this has led to more manufacturers using propylene glycol. Ethylene glycol is also poisonous and should never be ingested – even though it has a sweet taste.

It is used as a substitute for ethylene glycol because it is less poisonous. This has led to its use as an anti-freeze mix in various consumables like ice creams or processed foods. Propylene glycol oxidizes when exposed to air and other compounds are used with it to prevent corrosion of metallic parts in the engine.

How do I measure the freezing point of coolant?

The anti-freeze prevents your coolant from freezing. If you are experiencing radiator leaks the anti-freeze loses its power. There are three ways to check the free point of your anti-freeze mix – test strips, refractometer, and the specific gravity.

These refractometers are often pretty cheap, and if you want to get one you can check out this one on Amazon.

Anti-freeze compounds can maintain their effectiveness indefinitely if there is an absence of leaks. But, the moment you start having radiator leaks the corrosive inhibitors are used up and this requires them to be replaced constantly. It is recommended that when you go for the next engine service you flash out coolants and replace the anti-freeze with a new one.

How to use the anti-freeze 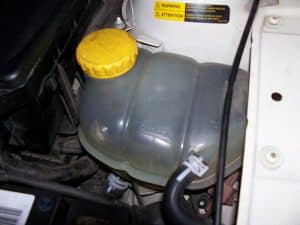 The first thing you need to confirm whenever you purchase your anti-freeze is that it is not diluted. To create a concentrate mix of 50 percent distilled water and 50 percent coolant. If you expect temperatures to drop below -34 F then you may need more of the anti-freeze. Tap water is not recommended for dilution to its mineral content – use de-ionized or distilled water.

It is recommended that you change your antifreeze every two years – though this may change with manufacturer’s instructions.

Internal combustion engines produce a lot of heat due to the ignition of the air/fuel mixture. Excessive heat can cause the destruction of most of the engine metal parts. To cool the engine a system of pipes and a coolant help to dissipate heat away from the engine to the radiator where it is cooled.

The anti-freeze mix often has some corrosive inhibitors to protect some of the metal parts in the engine. These include cast iron, aluminum, brass, copper, and solder parts. Water has over the years being used as a coolant but it has its shortcomings.

For one, it solidifies under extremely cold temperatures and this can cause the engine block to solidify and get damaged. Freeze plugs are often placed in engine blocks where the coolant is known to flow. When the engine block freezes the plugs will be pushed out. When people started mixing the coolant with anti-freeze liquid the first compound to be used was methanol. However, since most the radiators where vented, methanol evaporated through the radiator seals and this required constant replacement.

Radiator caps later become sealed. Methanol also had the disadvantage of causing corrosion to the engine metals made from aluminum. Later, ethylene glycol was developed as the main anti-freeze agent. A significant change in radiator seals in the 1950s led to the development of the radiator cap that allowed pressurized coolant. This helped the coolant handle high engine temperatures.

Due to environmental concerns, the coolant main ingredient was changed from ethylene glycol.

The question of whether to mix anti-freeze liquids is a controversial one. Some think it does no harm to the engine but there are those who have noticed a liquid gel whenever they mix the green and pink coolant. Both types of coolants use different corrosive inhibitors and this can react causing damage to your coolant system.

Anti-freeze products are relatively affordable and it does no harm to flush the coolant system off previous liquid and pour in a new bottle. Always ensure that you check the radiator cap for leaks as this can inhibit the effectiveness of the anti-freeze agent.

0shares
Can You Mix Different Anti-Freeze with Each Other? was last modified: September 13th, 2019 by Magnus Sellén
Related posts:
Is it safe to drive with Low Engine Coolant?
No Heat in the Cabin - Common Reasons & Fixes
Car Temperature Gauge Stays on Cold - Causes & How to fix it
Radiator Symptoms, Function & Replacement Cost
Possible Causes of a Cold Lower Radiator Hose