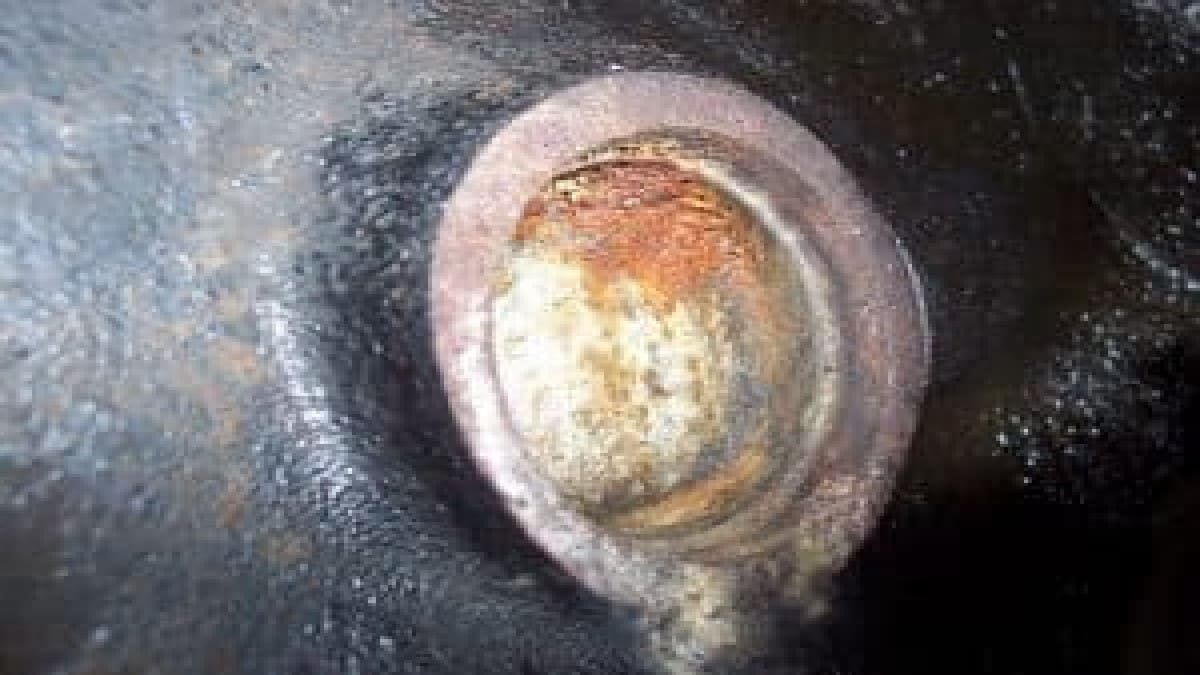 How to Remove Freeze Plugs/Core Plugs

To remove freeze plugs, you might be able to push them out, depending on the condition of the freeze plugs. Otherwise, it might be necessary to pry them out with a special tool or screw them out. If all else fails, you can seal them as a temporary solution, but this isn’t for long-term usage.

Here are some more detailed steps on how to remove freeze plugs:

With the help of a hammer and screwdriver, you can push out the corroded freeze plugs from the engine block. Place the flat end of your screwdriver into the edge of the freezer plug. Gently tap on it with the hammer until you start to see the plug rise out of the hole and protrude.

Be very careful that the freeze plug doesn’t get pushed into the engine block or you will have bigger problems. If you need to, spend time hitting the side of the core plug and grab it with a set of lock pliers to remove it.

This is the suggested method, but it can be a little expensive. You can use a special plug remover to get around the plug and remove it. If you choose one of the tools that don’t require you to drill a hole in it, you will need to pay more.

However, these tools are some of the most effective. Take your time and pry it out gently so you don’t cause any other damage.

Here is one tool you can use. Ensure it will fit on your car’s freeze plugs before though. This is an affiliate link, this means that at no cost to you, we may receive a small commission for qualifying purchases.

If you can get a good hold of the freeze plug, it isn’t as hard to get it out. To do this, you want to drill a hole directly into the plug. From here, you can insert a screwdriver into the hole and pull the plug out.

If the center of the plug has already rusted, you might be able to get a screwdriver inside without drilling a new hole. There are also special tools that can be used to complete this task if you don’t mind spending a little money.

If there is a minimal hole around the plug, you might not need to remove it right away. You can utilize a liquid block sealer to close up the hole temporarily.

You won’t want to rely on this short-term fix for long because it could lead to further damage. It’s only meant to get you by for a short time until you can visit your local mechanic for a fix.

The best way to protect the freeze plugs is by using the appropriate coolant in the system. Don’t add water other than what’s needed to mix with the antifreeze. Otherwise, the water could freeze and cause the plugs to become dislodged.

Additionally, if you live in a colder climate, you should invest in an engine block heater. This heater is attached to a 110-volt cable that ensures the motor gets the warmth it needs to remain in good condition and start seamlessly. It’s a decent expense upfront, costing an average of $100-$400 for the parts and labor, but it can save you a lot of headaches down the road.

What are Freeze Plugs/Core Plugs?

The core plugs are an essential part of the common automotive motor. Most drivers don’t check on the freeze plugs because they rarely go bad. In fact, they are made to last for the lifetime of the motor. Still, they can fail over time, leading to permanent failure of the engine if not repaired quickly.

These small plugs are cylindrical-shaped used to fill up the passages on the engine that are created from the sand cores. When the engine is produced, small passages are added that allow for removal of the cast. When all is said and done, the passages must be filled to protect from coolant leaks. That’s where the freeze plugs come in.

There was a time when plain water was used to cool down the combustion engine. While this method was good at removing the heat from the engine, the water could easily freeze when the temperatures dropped. Once the water froze inside the engine, the freeze plugs would push out to protect the block. Today, engines use coolant to protect the motor. This coolant doesn’t freeze, so there should be no reason for the core plugs to push out.

Why Do Freeze Plugs Fail?

The most common reason for core plugs to fail is because of freezing. If the coolant or water in an engine freezes, the plugs are going to push out to protect the block. Because water expands as it freezes, the pressure inside the block creates an expansion. With the freeze plugs popping out, the passages are expanded and the block won’t crack as easily.

If a freeze plug fails, it needs to be replaced. With it popping out of the engine, there is an opening to the cooling system. Coolant will leak through this hole and fail to do its job. However, sometimes the plug doesn’t pop all the way out.

The most common sign that a freeze plug is defective is that coolant leaks out of the vehicle. If it has popped out of the engine block slightly, it can allow a leak.

This leak severity depends on if the plug is still intact or has come out completely. If you only see dribbles of fluid, there’s probably only a small gap.

The cost to replace freeze plugs can be anywhere from $100-$1,000, depending on your car type and where you take it for service. However, if you can perform the replacement yourself, you can save a lot of money.