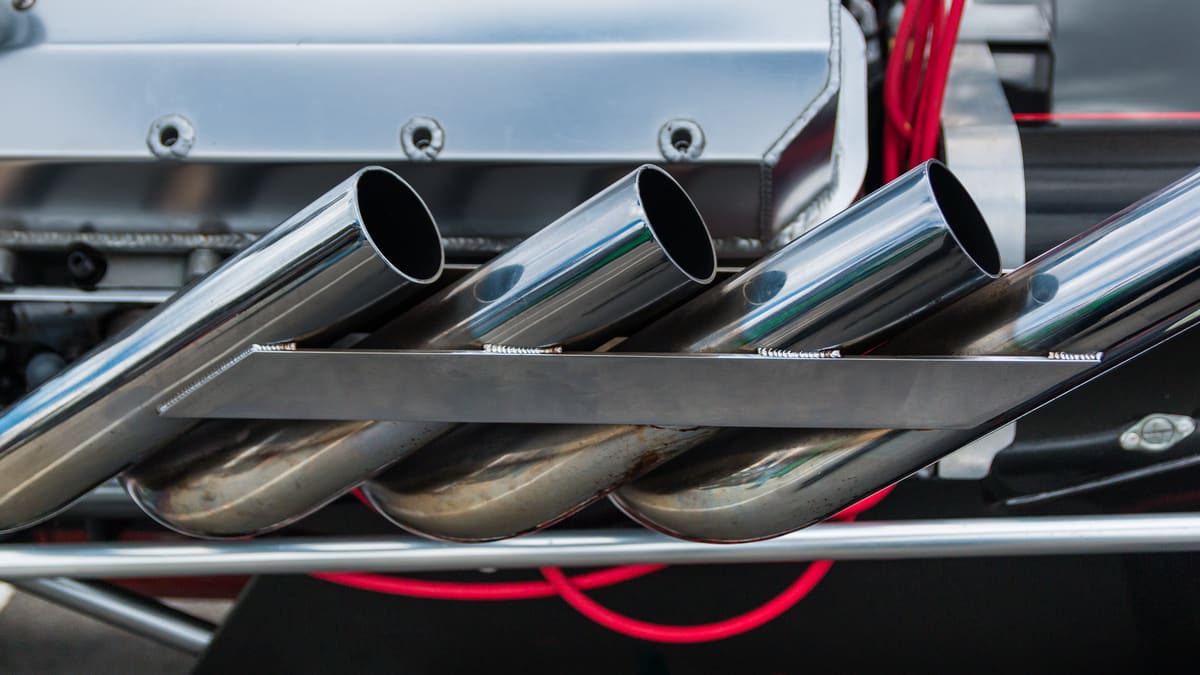 We love cars that make loud noises, even though they are harmful to our ears. There is just something about them that excites our senses as motorheads.

The flutter of a turbo, the whine of a supercharger, or the grumbling of a straight pipe exhaust will always turn heads. Since these sounds are so desirable, car enthusiasts spend loads of money acquiring turbos, superchargers, and noisy exhaust systems. Unfortunately, the standard exhaust systems that come directly from most car manufacturers are often not so appealing to our ears.

What is a straight pipe exhaust?

These exhaust systems let exhaust fumes flow freely from the engine’s exhaust headers, allowing them to go into the atmosphere directly through the exhaust tip. Therefore, they will also increase your engine’s horsepower when there are no restrictions for the exhausts to flow freely.

But are there other advantages other than a great sound?

There are many advantages that come with a straight pipe exhaust system. Here’re some of the most obvious ones:

The biggest reason that many people opt for a straight pipe exhaust is that these systems enhance your car’s horsepower and torque. These systems reduce back pressure from the engine, allowing the exhaust gases to flow freely and help the engine perform without hindrances.

Straight pipes also make your car stand out in the crowd if someone looks under your car. You can apply a chrome finish to the exhaust tip to make it look appealing.

Various types of welding methods are used to give beautiful colors to the tip. Furthermore, you can go for a twin-pipe setup for an even better aesthetic.

The straight pipe exhaust system lets out the true sound of an engine. Since there are no restrictions like a muffler, resonators, catalytic converter or other components, the car sounds raw and pure.

However, you might have to rethink starting your car early in the morning as that would definitely wake your neighbors.

Catalytic converters and mufflers weigh a lot and if you are into racing, you probably know that weight of your car is a bad thing. A straight pipe exhaust weighs much less than the original exhaust.

A lot of people don’t know that by removing the mufflers and catalytic converter, the engine will create less back pressure which leads to better combustion. This means that you will also get a lower fuel consumption with a straight pipe exhaust on most car engines.

RELATED: How to Make Your Car’s Exhaust Sound Louder (8 Ways)

Just like everything else in the world, a straight pipe exhaust system has its advantages and disadvantages. It is up to us to decide what to sacrifice and what to gain.

Straight piping installation is expensive. Complete New pipes are not cheap and hard to come by for a good price, so there is a trend for custom-built exhaust pipes. Furthermore, after you opt for a straight pipe exhaust system, you often have to tune your vehicle according to certain standards to get the most out of it.

Yes, straight pipes make the best sound, but they are not great for the environment. In the late 20th century, catalytic converters were introduced to vehicles to counter the effects of pollution and harmful emissions caused by cars.

When you straight pipe your car, you often remove the catalytic converter, which is really bad for the environment and exhaust emission tests.

Sometimes, the only reason motorheads go for a straight pipe setup is that they want their car to sound loud. They don’t realize that straight pipes can make their car extremely loud to the extent that starting and driving one in a suburban neighborhood could warrant police attention.

Enthusiasts that go for such systems usually only drive their racing cars on race tracks. So, if you are lucky enough to have a race-track in your city, a straight pipe setup would be a great inclusion for your vehicle as you will be able to test it to its limits.

Your car will be difficult to sell with a straight pipe exhaust installed, so always keep the original system to install it back later on your car when it is time to sell it.

If you are going to modify your street car with a straight-pipe exhaust system, you should think twice. Removing the catalytic converters or mufflers is not legal in most states in the United States, but it does vary from state to state. Therefore, you want to examine the rules of your state before cutting the exhaust pipe.

If your car is not insanely loud and you do not keep 7000 rpm when you cold start it in the morning in your neighborhood, then you will most likely be fine. However, you can attract some problems when doing the annual inspection of the car, depending on the state.

How Much Does a Straight Pipe Exhaust Cost?

But, a straight pipe exhaust cost totally depends on what type of car you have and what type of exhaust you want.

If you want really high-standard exhaust pipes made of titanium, you will have to spend even more.

How much HP does straight pipe add?

You can expect between 0-10 hp extra on a standard car with a straight pipe. The amount of horsepower and torque a straight pipe exhaust adds totally depends on your car model and which modifications you already made.

A very powerful engine will thrive much more with a straight pipe and in this case, you can add a lot of horsepowers, just by letting these horsepowers free by removing the restriction. On standard cars with a 4 cylinder engine, you may not notice any difference at all!

The most restrictive part of the exhaust system is the catalytic converter. If you decide to remove the mufflers, your car will definitely be louder, but it may not help a lot with the flow of exhausts, and therefore you may not notice a horsepower increase.

However, removing the mufflers and not the catalytic converter is a much better way to avoid trouble and save the environment. A muffler delete is often much cheaper than a whole straight pipe exhaust. It’s also a cheaper option to replace the exhaust pipe from the catalytic converter and back – also called an aftermarket cat-back exhaust system.

Do you have to tune your car after straight pipe?

You might have to tune your car after installing a straight pipe, but it depends on the rest of your setup and your car model. If you have other modifications also, like a high-flow air filter, you might need to re-tune your car to take advantage of the new airflow through the engine. A straight exhaust pipe will only reach its full potential with a tune.

Can a straight pipe exhaust damage the engine?

Is it OK to run an engine without exhaust?

It is possible to run an engine without the exhaust. However, it’s not advisable because it will make the engine crazily loud. Also, running an engine without exhaust can be dangerous to your health, as the fumes will enter the cabin and you would be inhaling all of those fumes and gases. So, if you’re having problems with your vehicle’s exhaust system, get it fixed as soon as possible. There is also huge a risk of fire, due to the exhaust combustion coming directly out from the cylinder head.

How can I make my straight pipe sound better?

If you are not happy with your straight pipe exhaust sound, you can either try to change it to other materials like a titanium exhaust. You can also try experimenting with different pipe sizes and shapes.