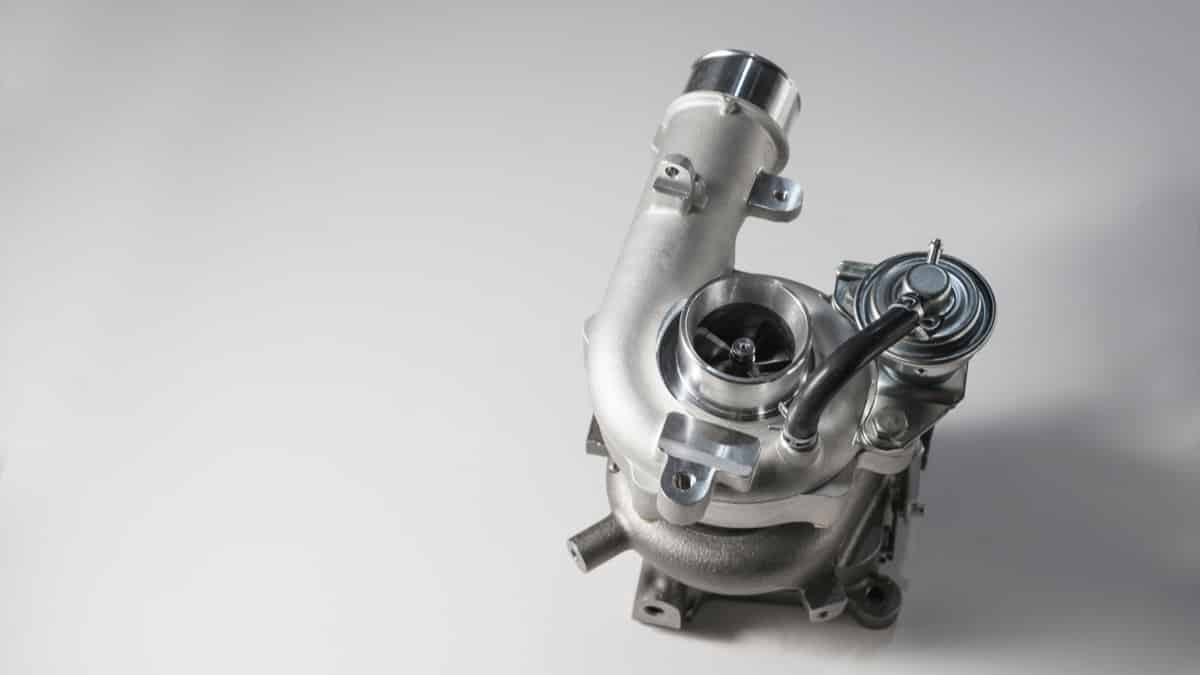 The car turbocharger can provide more power to the engine, but it doesn’t come without its own issues. If you have one installed in your car, you want to know the symptoms of a bad or failing turbocharger, so you can take care of problems before they get worse.

In this guide, we examine these symptoms in-depth. We also explain to you more about this vital engine part and show you what it might cost to replace it. At the end of the article, you will find out if it’s safe to drive with a blown turbocharger.

What Are The Symptoms Of A Bad Turbocharger?

The main symptoms of a bad turbocharger include:

Here is a more detailed list of the signs of a bad or failing turbocharger to look for:

The main purpose of the turbocharger is to provide power to the engine. When the turbocharger begins to fail, you will notice a drop in power and acceleration. You may notice a small loss of power at first, but a blown turbo is going to create a massive drop.

While the power aspect of the car will be affected, there shouldn’t be any other handling issue. The turbocharger has no control over steering or braking. If these conditions are occurring in conjunction with the power loss, there could be something else wrong.

As the turbocharger fails, there’s going to be oil leaking from the system. The turbo needs oil to run, just like the engine. However, a worn turbo can have a cracked gasket or seal. Additionally, the turbo can crack, causing an oil leak.

Oil that leaks from the turbo will be burned. This dripping oil might not be noticeable with a visual inspection, but it can be burned up through the exhaust system, leading to an excessive amount of smoke.

READ MORE: Why Is My Car Leaking Oil? Common Causes (& How to Fix it)

With more oil making its way into the exhaust, you can expect more smoke, as we just touched on. This smoke might appear grey or blue, whereas normal exhaust doesn’t generally have a color. There could also be a strange smell coming from the exhaust smoke.

However, there are plenty of mechanical failures that can cause exhaust smoke, many of which don’t have to do with the turbocharger. A blown head gasket, a leaking valve seals or internal engine failure are all causes of smoke too.

RELATED: Blue Smoke From The Exhaust (Causes & How to Fix it)

The turbocharger is going to make some level of noise with regular operation. The noise should be faint and barely noticeable. You may hear a soft whistling sound as the turbo starts up or a whooshing noise.

If the sound starts to change, you may be looking at a turbocharger problem. If it begins humming or rattling, there’s something wrong. You want to have it looked at before the problem grows.

When the engine is optimized and running as it should, you should be able to get the normal amount of fuel economy out of it. However, any time that the engine is running roughly or is failing in some fashion, the fuel economy is going to drop.

The same is true when the turbocharger starts to go bad. With the failing turbo, air can’t pass through efficiently as it was designed to. The exiting exhaust also won’t power the turbo the way it should. Because of this, you will notice a drop in the fuel economy numbers.

There are countless reasons why the Check Engine Light will come on. Still, if you are noticing other bad turbocharger symptoms when the light comes on, you can put two and two together.

With your code scanner, you can pinpoint the exact problem. If you notice anything other than turbo codes, you want to fix those first to ensure that you don’t replace unnecessary parts.

You may not have a boost gauge in your car. These are aftermarket parts that generally get added to sportier vehicles. However, if you have one, it’s going to give you a lot of information about the turbo boost function.

If the gauge shows that the boost isn’t holding or building correctly, you know there’s a problem. For this reason alone, it might be worthwhile installing a gauge if you don’t already have one.

The turbocharger is a part that works in conjunction with the engine. It uses exhaust gases to spin the turbine so it can suck air into the intake. The turbocharger sends compressed air from the intake side directly into the motor, where it can create additional power.

This process is known as forced induction. Power can be measured by the amount of compressed air being pumped into the engine. The more air, the more power you can expect.

The turbocharger gets bolted directly to the exhaust manifold in most cases, which is on the engine. The exhaust coming from the engine will cause the turbine to spin.

This turbine is connected to the compressor with a shaft. This compressor is found between the intake manifold and the air filter.

The cost to replace a bad turbocharger can range anywhere from $1,000 to $4,500. Several factors that influence the cost include the size of the vehicle and the cost of labor. A few models are much easier to work with than others.

If the mechanic has to remove many parts to get to the turbocharger, you are going to pay more for the repairs.

In general, a stock turbocharger should last the lifetime of the vehicle. With good maintenance, you should be able to get 100,000 to 150,000 miles out of the turbocharger without any trouble.

Can I Drive With a Bad Turbocharger?

While we suggest you never drive with a bad turbocharger; Yes, it is still possible to drive your vehicle when the turbo is damaged or blown. Still, that does not mean you want to keep driving. If the turbo impeller gets damaged it will get sucked into the engine and this can cause serious engine damage.

The longer you drive with a blown turbo, the higher the chances are that the engine will need repairs. It’s already going to be expensive enough to fix the turbocharger, you don’t need to add engine repair into that bill.

While you drive, you are also going to notice a drop in power. That’s another reason we recommend that you cease driving once you notice there’s a problem and you take the vehicle to your mechanic.