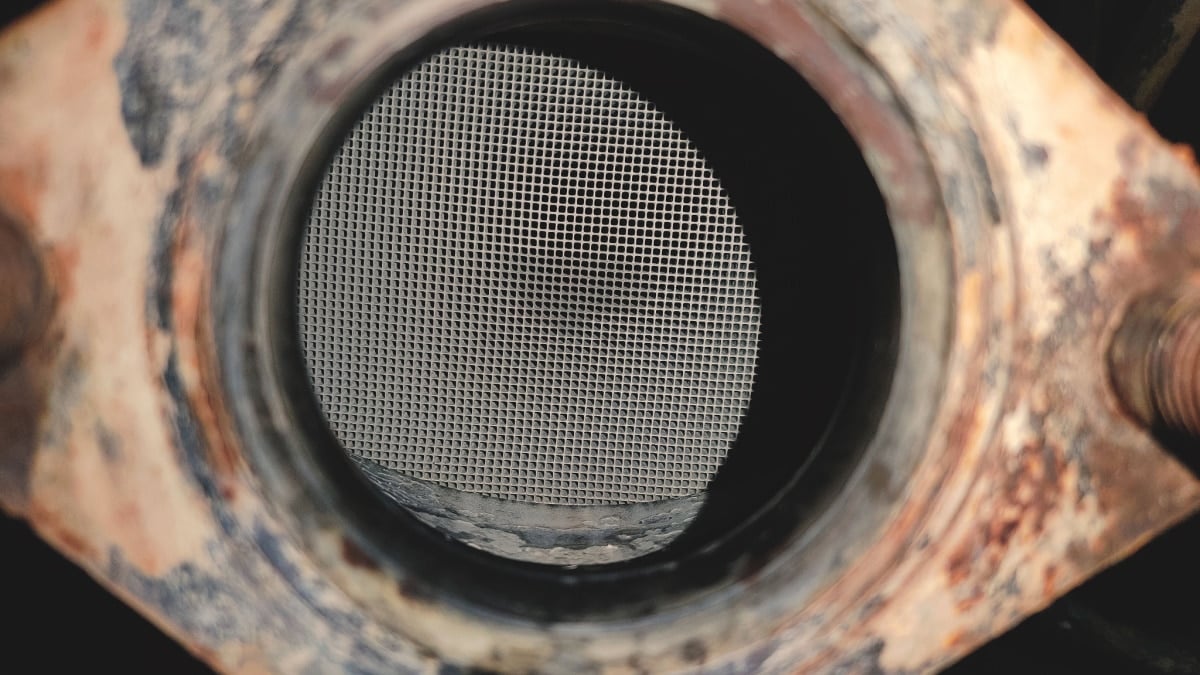 Of all the parts on your car, the catalytic converter may be one of the most expensive, which is why it’s commonly a target for theft. It’s the precious metals inside that make this component so valuable, leading you to wonder – how much platinum is in a catalytic converter?

How Much Platinum is Recovered from a Catalytic Converter?

On average, nearly all of the platinum found in the catalytic converter can be recovered during recycling. It might not be 100% of the platinum, but it’s close, with averages hitting 95% or higher. By being able to recover almost all of the 3 to 7 grams of platinum, you get the highest return when it’s time to recycle it.

Platinum prices change frequently, so it’s important to check the current rate at the time of recycling. For example, right now, the average price for an ounce of platinum is around $940.

Additionally, the only way this amount of platinum is recovered is by following an intricate process. It’s important to have a professional handling the materials during recycling.

How is Platinum Removed from the Catalytic Converter?

It is best to have a professional remove the platinum and other materials from the catalytic converter because it’s a dangerous operation. Before anything is done, it’s imperative that all proper safety precautions are followed. By wearing the proper personal protective equipment (PPE), you ensure that toxic fumes aren’t inhaled, thereby preventing dangerous respiratory illnesses.

Platinum isn’t the only metal people are looking to get out of the catalytic converter. Yes, you can get a lot of money for this precious material, but there’s also the palladium and rhodium included in the construction that are important.

These prices also change often, with the current average topping more than $2,000 per ounce. There’s also rhodium to consider. This is the most expensive of the three, with an average ounce costing $15,000 right now. However, the catalytic converter only houses about a gram of rhodium.

Many people believe that there is gold in the catalytic converter, but that’s not the case. There are no other precious metals included in the catalytic converter, although there are plenty of other materials included in the build. The core or substrate of the catalyst can be made of several different materials, depending on the car. It could be ceramic, which seems to be popular because it’s inexpensive. There could also be metallic foil monoliths constructed of iron-aluminum-chromium combinations.

How Much is a Catalytic Converter Worth?

Keep in mind that the recycler can’t pay you every dollar for what those metals are worth. They have to perform an expensive leaching process to remove these materials, so you can’t get every penny out of it. The yard also needs to make a profit too. Still, you aren’t going to get the metals out on your own, nor would you want to. It’s much easier to take it to the recycler and let them do the work while throwing a little money your way.

What Catalytic Converters Have the Most Platinum?

There are some vehicles that are known for having an excessive amount of platinum in the cat construction, which is why the converters are often the target of theft. High-performance cars often make up the ones that are worth the most. As an example, you will get the top price for your Ferrari F430 or Lamborghini Aventador catalytic converter.

However, there are a lot of precious metals in other models that don’t cost this much to drive. You will get a decent amount for your hybrid converter or the Ford Mustang’s cat. Trucks are also on the higher end, with the Super Duty models costing far more. If you know that your vehicle type has an expensive catalytic converter installed, you should be proactive and work towards preventing theft.

How to Protect Catalytic Converter from Being Stolen

Here are a few tips to keep your car protected.

None of these steps require a lot of effort to follow through on. When you factor in the time spent preventing catalytic converter theft versus the cost to replace it, you see how valuable these practices can be.

How much gold is in a catalytic converter?

How Much Rhodium Is In A Catalytic Converter?

How Much Palladium Is In A Catalytic Converter?

Can you sell just the inside of a catalytic converter?