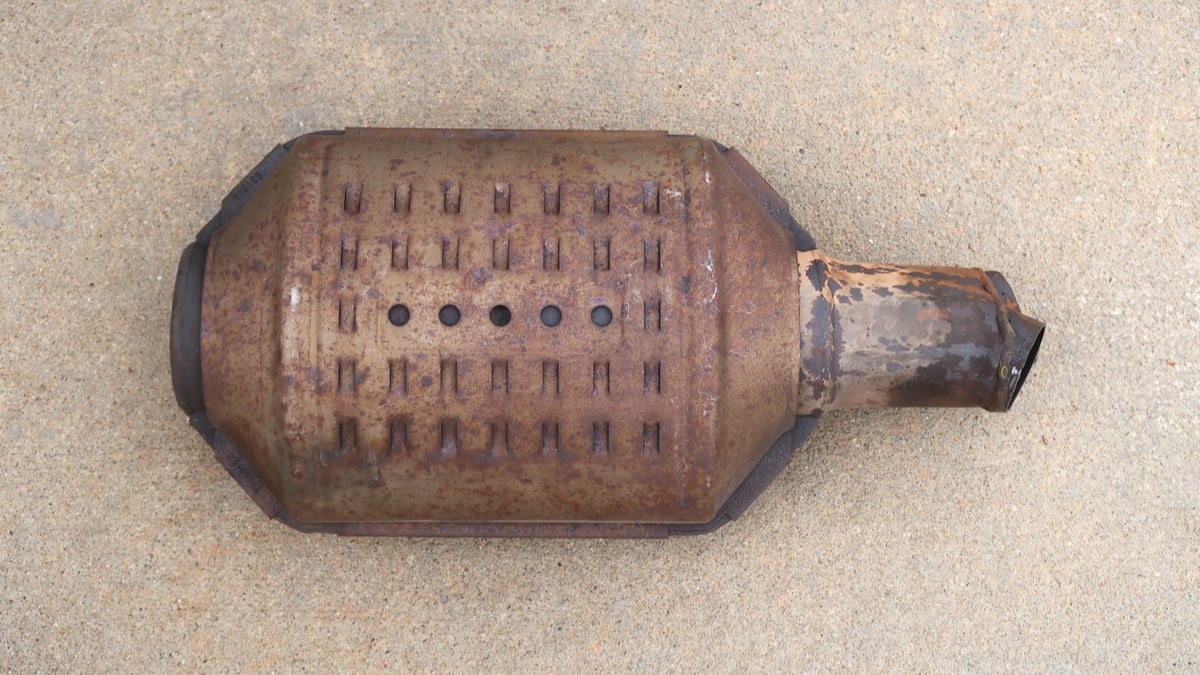 How to Look Up Catalytic Converter Scrap Value by Serial Number

The best way to find the scrap value of your catalytic converters by serial number is to use a phone app or an online web application. ConverterDatabase or Eco Cat are two of the most popular databases for finding the scrap value.

Here are the methods of how to look up your catalytic converter’s scrap value by serial number:

If it does have one, it can be difficult to find. To help you out, we have a more in-depth section below showing you where you might find the serial number. To sum it up, you are looking for an etching that is a combination of letters and/or numbers of a varying length.

With the serial number in hand, you can enter the information into an online database to get its estimated value. If you want to look online, try out ConverterDatabase. This database gives the current value of rhodium, palladium and platinum.

You can also use a phone app. Many people choose to use Eco Cat, but there are plenty to pick from. There’s a monthly subscription option or you can choose the one free search a day option.

3. Look Up Value with Picture

If you are having trouble getting the serial number or you don’t want to deal with it, you can take a picture with an app. Eco Cat offers this option.

Download the app from the Apple App Store or Google Play. Once you upload the photo, you will get a quick quote back on the worth.

RELATED: Can You Drive Without A Catalytic Converter?

The catalytic converter serial number is often stamped or engraved directly into the metal on the converter’s body, but it depends on the car model. It can also be located on a small plate that is welded onto the converter body.

Here are some ways to find the catalytic converter serial number by car model:

General Motors labels most catalytic converters the same way across the entire lineup, whether you have a Chevy, GMC or Cadillac. In most cases, the plate will show eight numbers, which is the serial code.

However, it could also be just a few numbers, starting with “GM.” In this case, it would look something like – GM 115.

Chrysler and Dodge don’t follow a uniform pattern of labeling catalytic converters. However, you should be able to find it stamped by the cat’s edging.

In some cases, it is longer, such as CLLC524AEB. While other times, it is something simple, such as 8H.

Subaru usually has two units located on the downpipe. You can find the serial number listed on the cat’s body.

It will be listed in five characters. Typically, it looks something like OFCA 2.

Ford typically labels the catalytic converter with a longer serial number. You should find a 10-12 digit code on the cat.

These characters can be a mix of numbers and letters separated by a hyphen. It should look something like this – 3T51-4W133-CB.

Hyundai and Kia are part of the same automaker, so you can expect that the catalytic converters are labeled the same. With both brands, there should be a serial number on the cat.

Most cat serial numbers are between three and ten characters. However, these can be a mixture of numbers and letters, such as ABC or PTEE 12.

Volkswagen has a unique way of labeling catalytic converters. You can often find a mixture of nine numbers, along with one to three letters, all separated by spaces.

If you have a car with a modified exhaust, the catalytic converter might have been removed. While this is against the law not to have a cat, there are other options that can be used in its place.

If you install an aftermarket exhaust, it will provide more airflow and a boost to performance. The new converter should be labeled with some type of serial number, but it probably won’t follow the guidelines of most OEM cats.

Above all, the type of catalytic converter has the most profound impact on the price. The composition of rare metals is what drives the price higher. If you have a converter that is filled with high-priced materials, you are going to get a higher price.

The price is changed based on the current market value of precious metals. For example, when this article was written, the following values were given to precious metals:

As with any commodity and rare metal, prices are sure to change frequently. That’s why it’s important to check the value before you turn in your catalytic converter. In some markets, it’s best to hold it a little longer, as a small difference in value can make a huge difference with what you will earn for salvaging the metal.

However, the condition of the catalytic converter is also important. It’s only going to get the top price if it’s still in good working condition. If it’s chipped or broken, the value will drop.

It also matters where you sell the catalytic converter. Some parts of the country pay more for the cats than others.

There are some vehicles that are specifically known for having higher catalytic converter values. Here are a few that bring in top dollar, on average.

According to RRCats.com, here are a few of the most common average catalytic converter scrap values.

To get a more accurate quote, you will need to get information related to your specific catalytic converter. You can try multiple platforms to see if one company is willing to offer more than another. If you don’t feel like transporting it or dealing with the hassle, you can also post it online for scrap metal and someone will surely pick it while giving you a portion of the money.

Preparing Your Catalytic Converter for Scrap

On both ends of the catalytic converter, you have the exhaust pipes. You want to cut these off, as close to the shell as you can.

You should be able to use a sawzall to get through the material. If you leave it on, the yard will have to cut it and might charge you for labor.

2. Leave the Honeycomb In

As you peer into the catalytic converter, you will see a honeycomb structure. This mesh-like part is responsible for filtering the exhaust fumes. This is where precious metals are located to create a catalytic reaction.

If you remove the honeycomb from the catalytic converter, you are essentially taking out the precious metals that give you the most value. You need to keep this intact if you want to get the maximum value. However, many novice scrapers will inadvertently remove this part thinking it is worthless.

Generally, catalysts with a lot of the precious metals palladium and rhodium bring the highest scrap price. Ferrari F430, Dodge RAM 2500 and Ford 250 are some examples of cars with expensive catalytic converters.

How do I find my catalytic converter serial number?

How long is a serial number of a catalytic converter?

How many serial numbers are on a catalytic converter?