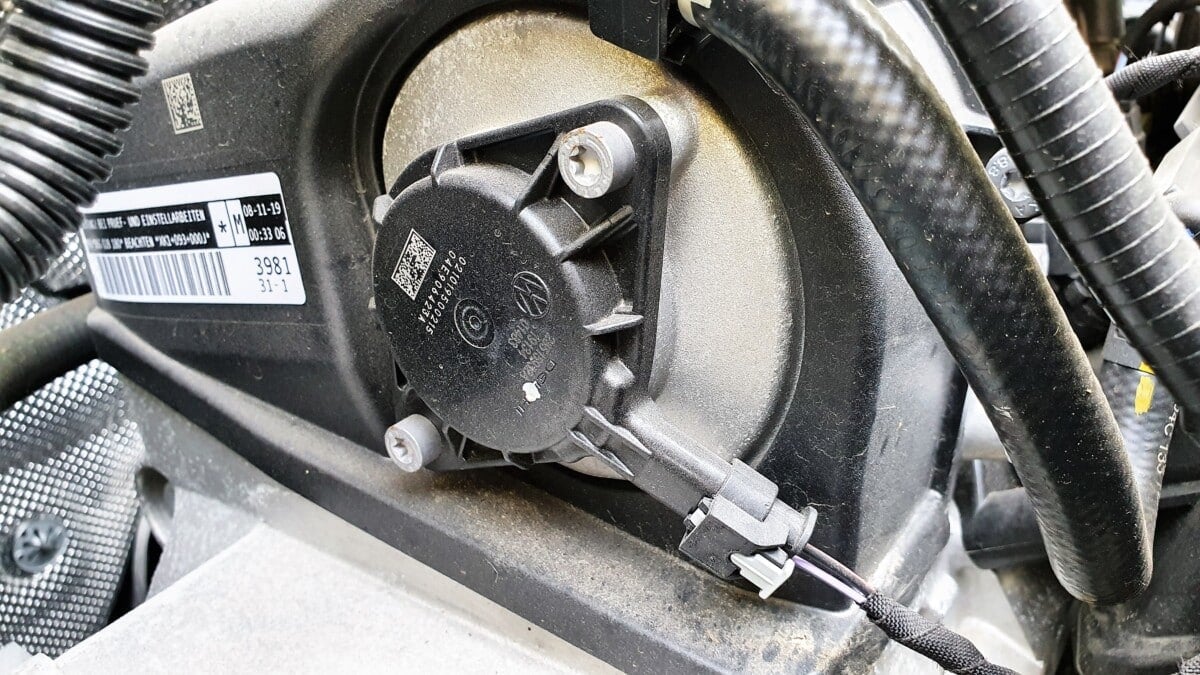 Since the engine uses the readings from both the crankshaft and camshaft sensors, a malfunction of either sensor could affect your engine’s readings and performance.

The camshaft sensor is always operational when you are driving the car or the engine is running. For this reason, the camshaft sensor can become poor over time. Sometimes it is also damaged by oil leaks and cracks. The ring gear may also wear out and interfere with the readings.

The most common symptom of a bad camshaft position sensor is a hard-to-start engine or a check engine light on your dashboard. You may also notice issues like poor engine performance or a misfiring engine.

While these are not all the signs, it is definitely the most common ones. Here is a more detailed list of the 6 most common symptoms of a bad camshaft position sensor.

The most common sign of all bad camshaft position sensor symptoms is that the car will be more difficult to start or not starting at all. As the camshaft sensor becomes weaker, it does not send the signal to the on-board computer and as a result, the ignition system cannot produce a spark correctly.

If the check engine light on your car lights up, it is recommended that you visit a car specialist and have your car scanned to check the trouble codes. You can also do this with an OBD scanner at home. People usually ignore the “check engine” light without knowing that this could be a sign of something serious, including engine damage.

One of the most common problems that occur due to a poor camshaft position sensor is that the engine’s power drops dramatically. You will notice frequent stalling, idling, and a drop in engine speed. Fuel efficiency also decreases.

In addition to engine vibrations and stalling, a poor camshaft sensor also leads to engine misfires, which may cause vibrations while accelerating. If you feel that your car engine’s performance got reduced, together with a check engine light on the dashboard, it’s definitely time to check your car’s trouble codes.

What is a Camshaft Position Sensor?

The camshaft sensor’s core functionality is to work in combination with the crankshaft sensor of your vehicle. Its purpose is to determine the position of the camshaft drive very precisely. As a result, it generates signals in the same way as the crankshaft position sensor. It helps the engine determine the exact time the first cylinder is in the top dead center position.

The engine system uses the information generated by the camshaft for various purposes. Essentially, the information helps to start the injection process during the sequential injection. It also supports the actuation signal for the pump nozzle injection system and calibrates the knock control.

The information resulting from the change is read electronically and evaluated by the computerized system to record it. In other words, a bad camshaft can also interfere with the functionality of the crankshaft position sensor, and ultimately it will cause various problems for the overall experience you have with your vehicle in terms of engine performance.

The camshaft position sensor is always located near the camshaft, often at the top of the valve cover, but it can also be installed from the side of the cylinder head.

Check around the head or valve cover and follow any electrical wires and you will for sure find the camshaft position sensor.

A little market research will help you get the best price for the part and the associated labor costs.