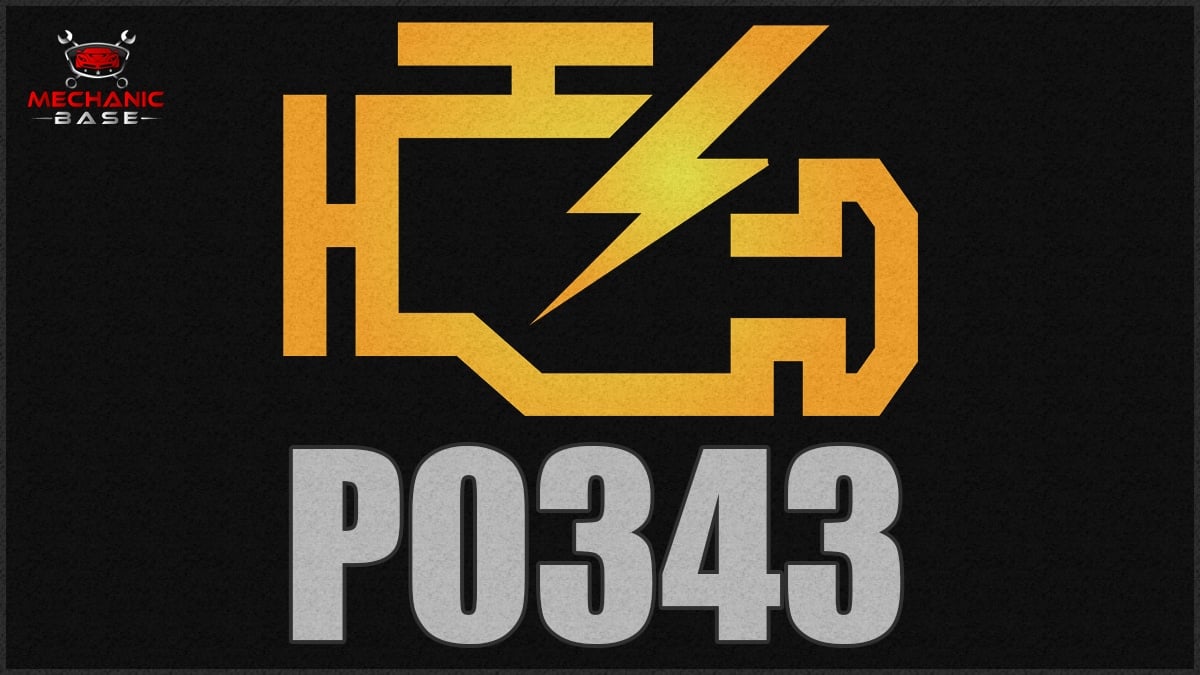 Your car engine uses several sensors to ensure proper operation. When these sensors find a fault, they can trigger the Check Engine Light to let you know something is wrong. If you get the P0343 code with your scanner, you need to know what its meaning is, what causes it and how to repair it.

We will show you what the P0343 code means and some symptoms the car might be experiencing. Our guide also helps you diagnose the fault for a quick repair.

The P0343 code indicates a high voltage input to the engine control module from the camshaft position sensor A. This electromagnetic sensor is fixed on the rotating area of the camshaft to record the position of the teeth.

It indicates every piston stroke, so the engine can adjust the spark and fuel. As the camshaft moves, different gaps occur with the sensor, changing its magnetic field and voltage. If the voltage moves beyond what’s normal, the P0343 code will occur.

When the CMP isn’t relaying information, you could notice several engine-related symptoms. Most commonly, you will see the Check Engine Light.

Here are all of the symptoms that might occur:

While a faulty camshaft position sensor could be to blame, P0343 is most often caused by an open circuit or short.

Here are a few of the most common causes:

Medium – The camshaft position sensor is needed to keep the engine running at optimal levels. The computer uses the information received from the sensor to determine proper fuel injection, so when it fails, the performance of the vehicle can suffer.

Even if you aren’t noticing any symptoms at first, they will probably occur as soon as the issue gets worse. Without repairs, the engine could stall, leaving you stranded on the side of the road. It’s best to repair it as soon as you can.

You should be careful to do proper diagnostics before replacing any parts. Otherwise, you might replace something that isn’t defective at all. Follow our diagnostic steps if you aren’t sure what the problem might be.

Here are a few of the possible repairs you may do:

The most common mistake when working with the P0343 code is using a cheap replacement sensor. If you don’t put a high-quality part in its place, you could run into more problems later.

It can be tempting to purchase a cheaper sensor, but you will likely pay for it later. Instead, invest the extra money now and save some time doing another installation.

How to Diagnose the P0343 Trouble Code

Here are the steps a professional mechanic would take to diagnose the P0343 trouble code.

All repair costs are dependent on whether you can replace the part yourself and where you take it for labor. Here are some estimates you might consider.

Mechanics Tips about the P0343 Code

If the camshaft position sensor has failed, it could be due to an oil leak. If oil contaminates the sensor, it could send out the wrong information.

Before you replace or clean the sensor, fix the oil leak. Otherwise, the problem will only occur again.