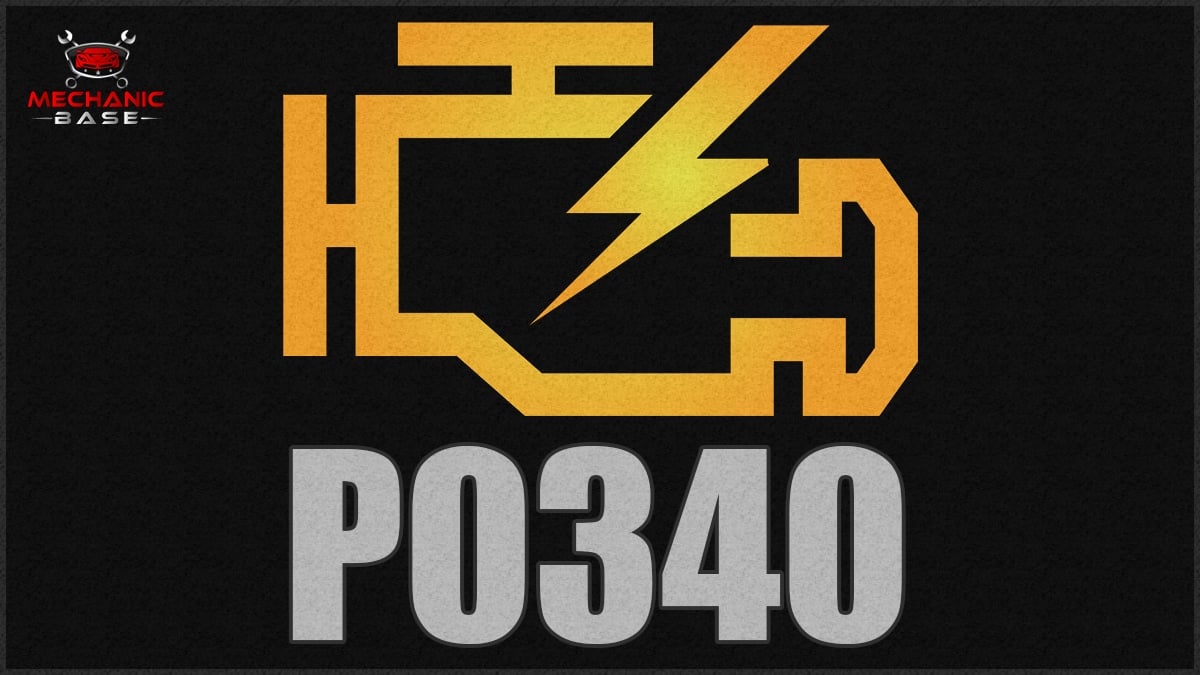 A P0340 Code gets stored in the engine control module when it got a faulty signal from the Camshaft position sensor.

There are some possible causes of this, and in this article, you will learn how to diagnose it properly.

A P0340 means that there is a malfunction in the circuit of the Camshaft Position Sensor A. This can mean that there is a faulty camshaft position sensor or the wires on the way to the sensor. Just don’t get confused with a bad camshaft timing with this trouble code.

The most common symptom you will have with the P0340 code is a hard starting condition. The car engine uses the camshaft position sensor, especially when the engine is about to start.

Severe – The engine uses the camshaft position sensor quite much for ignition timing and fuel supply.

If you do not fix the problem, you might get stranded in the morning when you start the car. Internal engine damages may also occur because of the wrong ignition timing and fuel supply that might happen.

The most common cause of the P0340 code is actually a faulty camshaft position sensor. There can also be any problems with the wirings to the sensor or corrosion in the camshaft sensor connector plug.

One common mistake many people make when they see the P0340 is panicking over a faulty timing chain or belt. The P0340 clearly states that there is an electrical problem in the circuit to the camshaft position sensor.

Therefore the P0340 trouble code is not caused by a faulty camshaft timing.

How to diagnose the P0340 Code

No, we wouldn’t recommend driving a car with a P0340 code. This trouble code gets set when there is an electrical problem with the camshaft position sensor. With it not functioning, the engine’s variable valve timing will not work correctly. This can cause all sorts of running issues, affect performance, and may even result in severe engine damage.

Fixing the P340 trouble code may cost anywhere between a few bucks to over $200. This depends on what is causing the issue. Dirt buildups inside the connector will only require cleaning, which won’t cost anything if you do that yourself. Replacing a faulty sensor, however, will set you back a bit more.

You will need a scan tool to fully clear the P0340 code. But like with other trouble codes, you will first have to figure out which of the components is causing the problem and replace it. This can be a loose or dirty connector, broken wiring, or a malfunctioning camshaft position sensor.

No, the P0340 code will not clear itself. Even after you’ve replaced the faulty part, the Check Engine Light will still be on. While this will go off after some time, the P0340 trouble code will remain stored in the vehicle’s diagnostic memory, which may cause confusion during future repairs. To clear the code, you will need an OBD2 scanner.

In some cars, the P0340 code may prevent them from starting. This happens if the valve timing is so off that the engine is not getting enough air. Pressing the throttle may help start the engine in such situations, but this is not very recommended.

The P0340 trouble code is described as a malfunction in the circuit of the Camshaft Position Sensor A. It gets set when the cars’ ECU doesn’t receive the correct signal from this sensor. With this code on, the variable valve timing will not work correctly, affecting the engine’s performance.

This is purely an electrical issue and doesn’t have anything to do with the timing, which is a common misconception. Instead, potential failure points include a faulty camshaft position sensor, corroded camshaft sensor connectors, or broken wiring that leads to it. Apart from some basic hand tools, a diagnostic OBD scan tool and a multimeter will be needed for the repair.