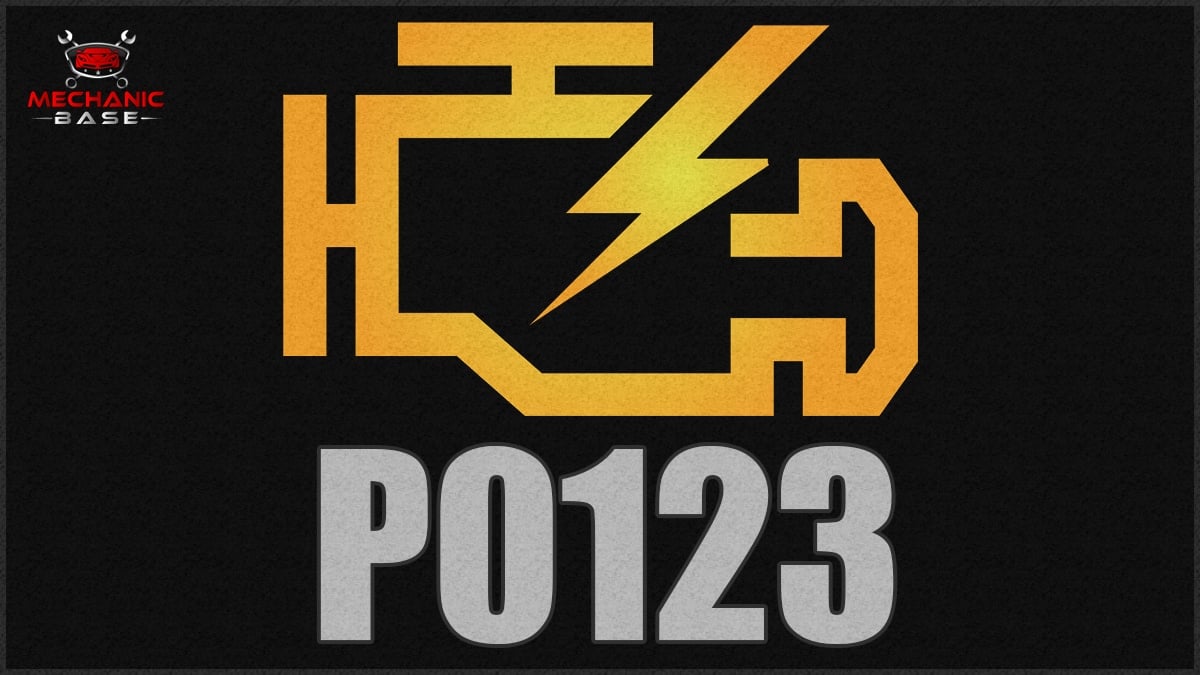 When the Check Engine Light comes on and the vehicle goes into a failsafe mode, you might find yourself dealing with the P0123 trouble code. While it is a generic powertrain code, there’s a lot you can learn through diagnosis.

In this article, we focus on the P0123 meaning. We also look at what might cause it, the symptoms it creates and show you ways to resolve the problem once and for all.

It evaluates the throttle blade angle and sends data back to the throttle actuator module or PCM (powertrain control module). If the signal doesn’t respond properly, the P0123 code gets set.

If your vehicle contains electronic traction control, there will also be two accelerator pedal position (APP) sensors that measure the angle of the gas pedal. If there’s a problem with the APP sensors, this code could also be set.

The most common symptom is the Check Engine Light. However, the car is also going to enter its failsafe mode to prevent the engine from any damage.

There are numerous causes to the P0123 code. Most of the issues have to do with either the throttle position sensor or the throttle body.

Here are some issues that could cause the P0123 code:

High – When P0123 occurs, the ECM goes into a failsafe mode to protect the engine and transmission from damage. Until you have the issue repaired, you are going to have trouble getting the car to accelerate or go over a certain speed.

Failsafe mode is only intended to help you get home and avoid being stranded. It’s very difficult to drive long distances because the car may exhibit a high idle, stalling, bucking and jerking along the way. Get the car home or to your mechanic right away for repair.

There are several repairs that could fix the P0123 trouble code. However, a proper diagnosis should always be performed before you start throwing money at parts.

Here are a few of the most common repairs:

The most common mistake when diagnosing the P0123 code is replacing major components before performing a complete diagnosis. For example, you might replace the throttle or pedal position sensor when the issue was just a poor connection or faulty wiring.

You could also replace the throttle position sensor or switch when you only needed to clean out the contaminated throttle body. There’s also the chance that you replaced the pedal position sensor only to find out that something simple was messing with the angle, such as damaged floor mats.

How to Diagnose the P0123 Trouble Code

Here are the steps that a professional would take while diagnosing the P0123 code.

Here’s an example of what you might spend to perform the necessary repairs.

Mechanics Tips about the P0123 Code

It’s not uncommon for the P0123 code to show up with other trouble codes. With the help of manufacturer pinpoint tests, you will be better equipped to find the problem.

All TPS codes are designed to put the ECM into a fail-safe mode. No matter what is causing this issue, the drive symptoms will be exhibited until a repair is made.