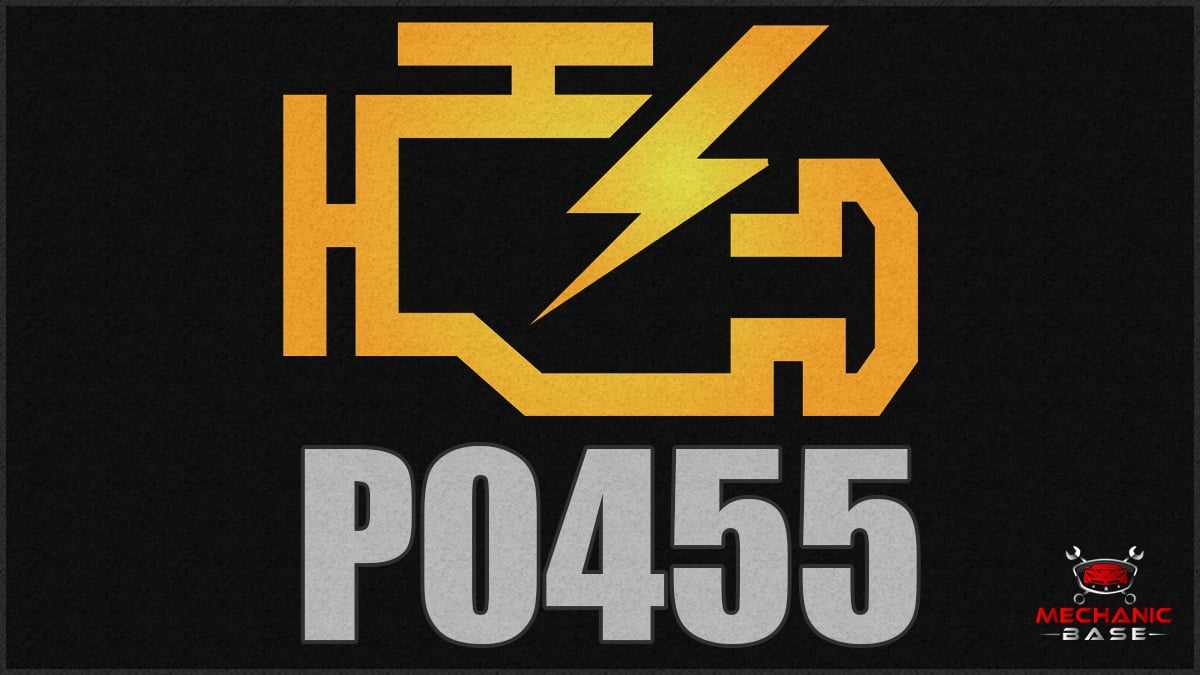 P0455 is a trouble code that appears in your engine control unit when it detects a leak in the EVAP Emission system.

There could be many different reasons for this. Here is everything you have to know about the P0455 code.

The P0455 code indicates that there is a leak in the EVAP emissions system. The EVAP emission system is a sealed fuel system, which then passes through your car’s engine for environmental reasons. If the ECU detects a leak there, it will be stored as a P0455 code.

This trouble code is very similar to the P0442 code, except this code tells us that it found a big leak, instead of a small leak.

You will most likely not experience any symptoms of a P0445 code other than the check engine light.

Very Low – There is no danger for your engine to keep driving with the P0455 code.

The only thing that could happen in rare situations is that your engine might run slightly leaner than usual because of the leak. It is also bad for the environment.

The most common cause of a P0455 code is that you let your car engine run at the gas station with the fuel cap removed. It can also be a leaking fuel cap or a broken hose.

The most common diagnostic mistake for the P0455 trouble code is to start a deep diagnostic. Usually, this trouble code appears when you didn’t shut off your car while refueling it at the gas station or a faulty gas cap. These are two super simple things you should check before starting diagnosing your car.

How to diagnose the P0455 Code

Here are some examples of the repair costs of the P0455 code. The prices include parts and labor. It does not include diagnosis costs.

To fix the P0455 code, you most often just have to tighten or replace the gas gap. It can also help reset the P0455 code if it appeared after running the engine without the gas cap tightened.

The P0455 code is most often caused by a not tightened or faulty gas cap. It is often also caused when you were refueling your car without shutting it off.

The P0455 means that the engine control unit recognized a leak in the EVAP system, which controls the gas tank’s fuel vapors.

To clear the P0455 code, you need to use an OBD2 scanner. Just connect the diagnostic scanner, clear the codes, and take your car for a test-drive.