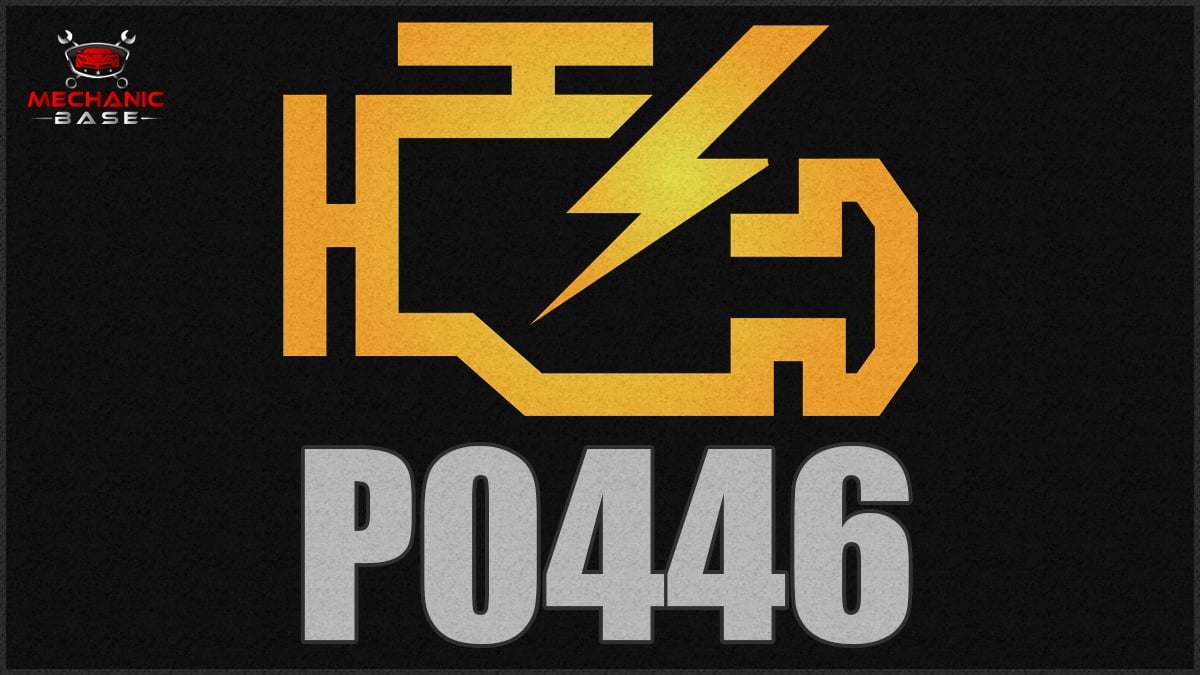 You want your car to run its best, which is why it’s so troubling when the Check Engine Light comes on. If you notice the P0446 code, you want to know how to fix it right away.

To get you started, we define the P0446 trouble code meaning and show you what symptoms it causes. We also review the reasons why this code sets and give you a few tips that might correct it.

The computer is responsible for monitoring and controlling the purge valve. If the P0446 DTC sets, it could indicate that there’s an electrical failure in the circuit or a mechanical problem with the vent valve.

However, this generic trouble code seems to be more prevalent with older model vehicles. While it’s still listed with some newer domestic models, other companies, such as Toyota, don’t have it listed in modern trouble codes.

In the majority of cases, you will only notice a Check Engine Light because of this code. The P0046 DTC doesn’t normally create any type of performance trouble, making it easy for drivers to ignore.

However, it is possible to notice these symptoms with the P0446 trouble code.

Some of the reasons the P0446 code may be set could be simple to troubleshoot. With a few simple diagnostic steps, you can figure out what’s going on, but you should never guess. Otherwise, you won’t know what’s wrong and you could waste money throwing parts at the problem.

Here are some of the most common faults found through diagnosis.

Low – There’s nothing causing you to hurry and fix the P0446 trouble code. The car should continue running as normal in many cases.

However, many problems are easy to fix. If there’s something major wrong, it could lead to bigger problems. Additionally, the car might not be able to pass an emissions test, which would put you in a troublesome situation.

After your diagnosis, you should know exactly what the cause of the P0446 trouble code is. You will be able to perform the proper repair and get rid of the Check Engine Light.

Here are some of the most common fixes.

While the P0446 code is most often triggered by an electrical issue with the purge control valve, the very first step should be to check the gas cap. This is the simplest fix and can save you a lot of money.

It’s likely that you refilled the fuel tank and forgot to tighten the cap. If so, you might not need to spend anything to repair this DTC.

How to Diagnose the P0446 Trouble Code

You can troubleshoot this trouble code the same way a mechanic would. Many of the steps don’t require special expertise or tools.

Beyond this, it’s best to have your mechanic take a look at the system. Special equipment and advanced knowledge will be needed to diagnose the system further.

Depending on what you find through the diagnostic steps, you could face a cheap or expensive repair. Our possible repairs are outlined below with approximate labor and parts costs.

Mechanics Tips about the P0446 Code

There are many codes that deal with the EVAP system. You could see one of these other codes in conjunction with the P0446 DTC.

If you notice multiple codes, you might have an easier time diagnosing what’s wrong. Put the codes together to see what problems they reveal.