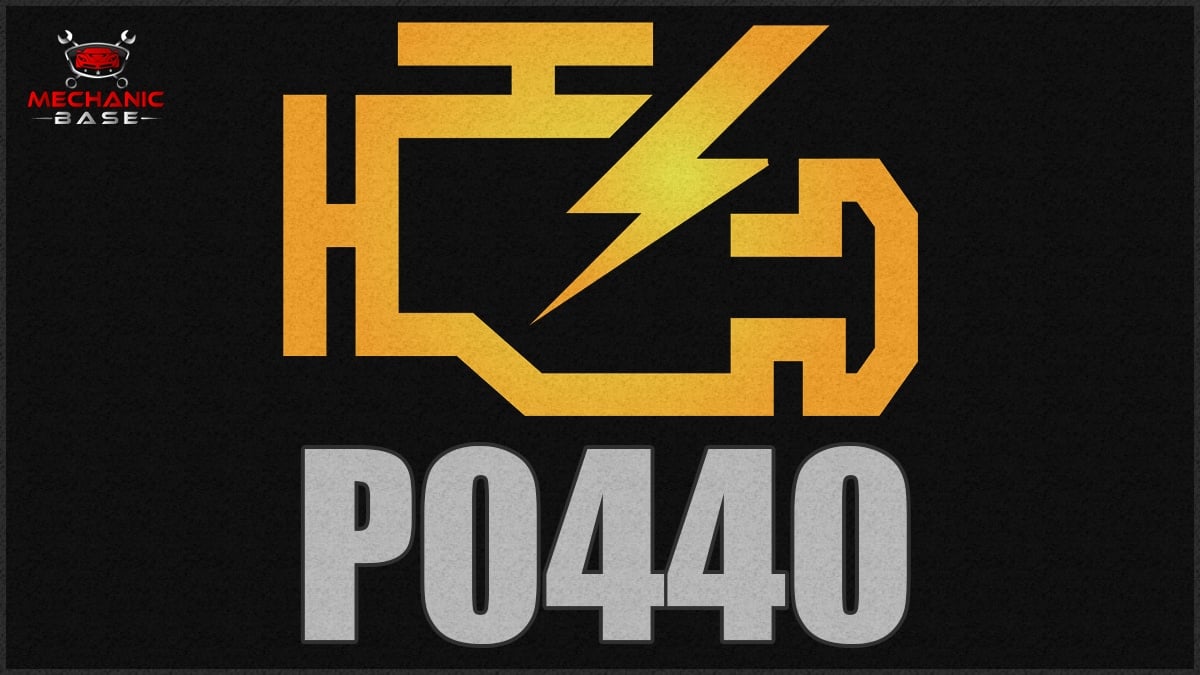 If you’re a mechanic or a car repair enthusiast, then you’ve probably seen the P0440 code before. But what does it mean, and how can you fix it?

In this blog post, we’ll explore the meaning of the P0440 code, as well as its causes and symptoms. We’ll also provide tips on how to troubleshoot and repair this code. So if you’re looking for information on the P0440 code, then keep reading!

The P0440 code indicates that there is a leak or malfunction in the EVAP emissions system. The EVAP system is a sealed gas vapor system that pulls the fuel vapors from the gas tank and burns them through the engine instead of releasing them into the air.

If there is a leak in the lines between the gas tank and the engine, or if the lines are blocked, it could trigger the P0440 code.

You will likely not experience any symptoms with the P0440 code, except the Check engine light on your dashboard. In some rare cases, you may experience a gasoline smell and a slight change in fuel consumption.

Very Low – The P0440 code does not affect engine performance at all in most cases and is unlikely to cause serious damage to your engine. However, it is best to fix it as soon as possible because it will cause the check engine light to illuminate

The most common cause of the P0440 code is a leaking gas cap. It is also possible that you did not turn off your car engine the last time you refueled the car. This can cause the ECM to recognize it as an EVAP leak and the code will be triggered.

To fix the P0440 code, you first want to make sure the gas cap is properly tightened, and the rubber O-ring around it seals properly. In some cases, you will need to repair a leak in the EVAP system or diagnose and replace the EVAP purge control valve.

A common diagnostic mistake with the P0440 code is to boot into advanced troubleshooting. There is a good chance that there is no problem with the EVAP system – maybe someone just forgot to turn off the car engine when refueling the car or forgot to tighten the cap properly after refueling.

This trouble code is also very similar to the P0442 code.

Diagnosing the P0440 code can sometimes be quite easy if you just know where to start. Here is a short list of how a professional mechanic would diagnose the P0440 code.

Yes, it’s perfectly safe to drive your car with the P0440 error code alone, for short time at least. This code is caused by the Evaporative Emission Control System (EVAP) not being fully sealed. Or, in simple words, a fuel tank or EVAP lines have a leak through which the gas vapors are venting out in the atmosphere.

Apart from the occasional gasoline smell and illuminated check engine light, this won’t cause any other mechanical issues. Still, you should fix the problem as soon as possible.

Fixing the P0440 code might cost between a few bucks to $300 or even more. This is because most of the parts that might be causing the issue are not very expensive. And in some cases, like with a bad gas cap, you may replace it yourself.

But on the other hand, something seemingly simple, such as a broken EVAP line, may be tricky to find and time-consuming to replace. This will result in higher labor costs if you have a mechanic fixing the issue.

The fastest and easiest way of clearing the P0440 code is by using an OBDII scanner or other similar diagnostic tool. It’s always handy to have a device like that with you, as it will give you quick access to stored codes and other vital parameters. You can get a simple BlueTooth OBDII adapter, which hooks up to your smartphone, for less than $50.

No, the P0440 code will not clear itself, even after you’ve replaced the faulty part. This is actually true with almost all engine-related error codes. Even if the check engine light turns off, the code will still remain stored in the memory, potentially causing confusion in the future. So, after finishing the repair, hook up the scan tool and erase all error codes. This way, you’ll immediately know if everything is OK or if there are any other issues.

The Evaporative Emission Control System (EVAP) is a pollution-control device that pulls the gas fumes from the fuel tank and burns them off in the engine. But for it to function correctly, the fuel tank and all corresponding hoses must be completely sealed. Otherwise, the gasoline fumes will vent into the atmosphere.

When the ECU detects a possible leak within the EVAP system, it will trigger a check engine light and store a P0440 code in its memory. This can be caused by something simple as a loose or bad fuel filler cap, especially if this happened after filling up. Other likely causes include broken EVAP hoses, faulty purge valves, or damaged charcoal canisters. While it’s safe to drive with the P0440 code, have it fixed as soon as you have the chance.