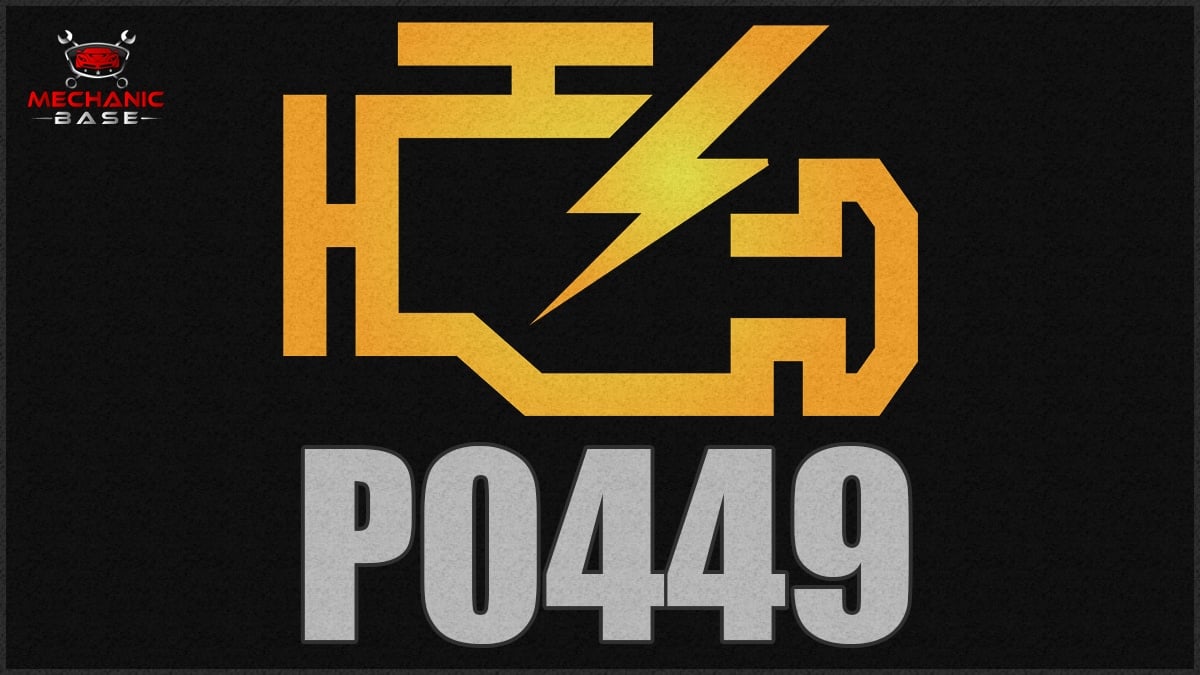 The emissions control system on a vehicle is sophisticated and advanced. When you encounter the P0449 code, it could mean that there’s something malfunctioning with this delicate system.

In this guide, we look at the meaning behind the P0449 trouble code. We also show you possible repairs that could get you back on the road without warning lights.

The P0449 code indicates that there is a malfunction with the evaporative control (EVAP) system vent valve solenoid. The trouble can stem from the wrong amount of electrical resistance or it could be a failing component that requires replacement.

The car’s EVAP system is responsible for capturing raw fuel that evaporates from the fuel system. It collects it from the filler neck, fuel tank, or anywhere in the system. With the right conditions as directed by the engine load, speed and temperature, the EVAP system not only stores but also purges the fuel vapors so they can be used for combustion. There’s a carbon canister that stores the fuel vapors and a vent valve that allows air into the system.

Most of the time, nothing major is going to happen when the P0449 code is set. You might get the Check Engine Light, but it’s rare that other symptoms would occur. Most people continue driving, unaware that anything is wrong.

If there are problems, here’s the list of possible symptoms:

The causes behind the P0449 code could be something as simple as a missing fuel cap to more expensive situations. Here are the most common causes to look out for:

Low – It’s unlikely that the P0449 code is going to cause any trouble driving your vehicle. You may notice decreased fuel economy, but overall you are most likely fine to drive.

However, it’s best to get the system checked as soon as you can. Otherwise, you could face a failed emissions test and inspection.

It’s important that you do a proper diagnosis on the system to determine what’s wrong. Otherwise, you could be throwing parts at the problem, even when they aren’t necessary.

Here are some of the most common fixes that resolve the P0449 code.

It’s very easy to overlook the most obvious problems and go right to something more complicated. In many cases, the EVAP system throws a trouble code simply because the gas cap isn’t tight or it’s broken.

Before you do anything else, take a closer look at the gas cap. If you can repair the code with a new gas cap, you save yourself a lot of hassle and money. Sometimes its enough to just tighten it, or clear the trouble codes if you left the car running with the gas cap removed.

How to Diagnose the P0449 Trouble Code

Here are the steps you would take if you were a professional mechanic trying to diagnose the P0449 trouble code.

If you can repair the problem yourself, your costs will be lower. However, we will outline the top repairs for the P0449 and the approximate parts and labor cost.

Mechanics Tips about the P0449 Code

You can make the P0449 diagnosis easier if you have a high-end scan tool. The basic scanners won’t reveal all of the information you need to get to the bottom of the problem. If your scanner allows for advanced level diagnostics, you can run an EVAP self-test procedure. You can also command the EVAP solenoids and valves to turn on or off, helping you figure out what’s going wrong much easier.