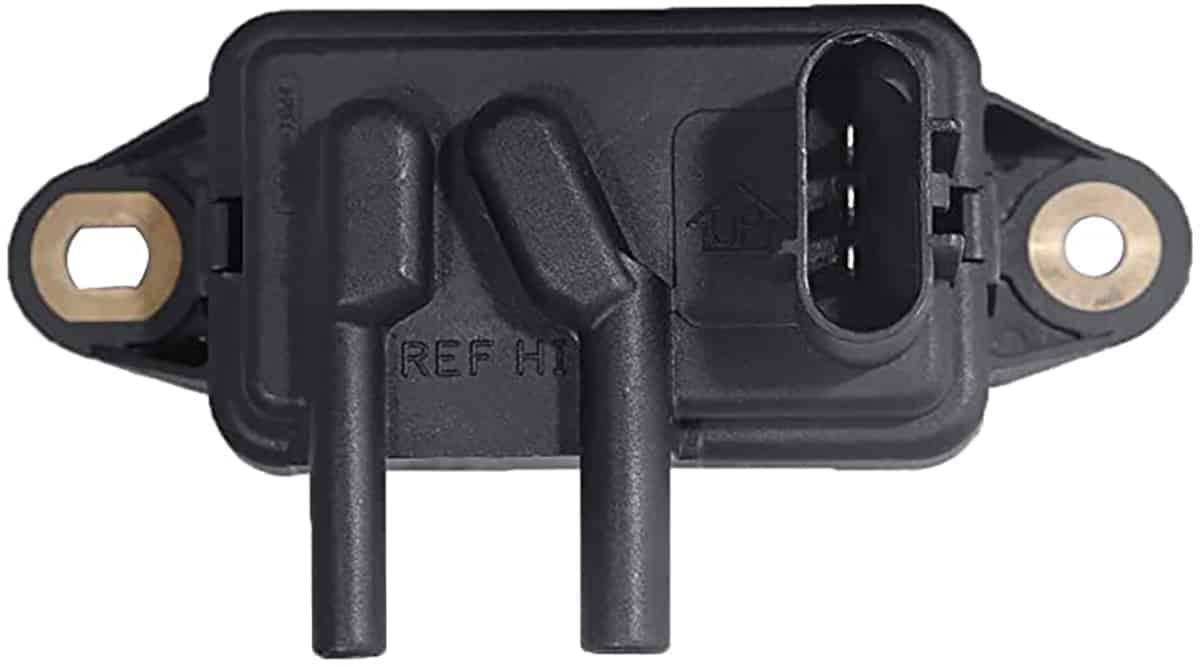 Modern vehicles are equipped with many advanced sensors designed to ensure optimum performance. One example is the DPFE sensor, which is part of the EGR system in many Ford cars.

If your vehicle is experiencing symptoms of a bad DPFE sensor, it can become difficult to drive and create an excessive amount of air pollution.

We look at the top symptoms you might notice when the DPFE sensor fails. We also show you where it is located and help you understand this part’s vital function. In the end, we discuss the cost of replacing the DPFE sensor and the difficulty of the job. Let’s begin with a quick look at the symptoms.

What Are The Symptoms Of A Bad DPFE Sensor?

The main symptoms of a bad DPFE Sensor include:

Here is a more detailed list of the signs of a bad or failing DPFE sensor to look for:

When the DPFE sensor fails, the engine can’t run as it was designed. In fact, engine performance issues are the first sign that something is wrong with this sensor.

With a faulty sensor, the wrong information is sent back to the engine’s computer. Because of this bad data, the EGR system malfunctions. With this system not running properly, you will notice reduced power and a rough idle.

For your vehicle to receive the EPA-estimated fuel economy numbers, everything must be running perfectly in the engine. With a failed DPFE sensor, that isn’t going to happen.

With the computer receiving the wrong information, the motor is going to work harder to compensate for the faults. This extra effort requires more fuel, which is why you might start spending more time at the gas station.

The DPFE sensor is required for a well-running EGR system. When the EGR system isn’t running as it should, the vehicle will fail an emissions test.

Every state has laws about emissions tests, often required for registration. If your vehicle can’t pass the emissions test, you might have trouble driving legally and you are contributing to more pollution in the environment.

When the computer system recognizes a problem, the Check Engine Light comes on. In this case, the fault is related to a malfunctioning EGR pressure sensor signal.

However, a Check Engine Light alone doesn’t indicate a faulty DPFE sensor. In fact, this light comes on whenever there is a problem with the motor. The only way to know for sure is with an OBDII code scanner.

The EGR system is the Exhaust Gas Recirculation system. It is the process used to suck exhaust gas back into the motor so it can burn again. This modern technology helps to reduce pollutants coming from the vehicle.

When the gases come through the EGR tube, the two tubes that attach to the DPFE sensor are pressurized. The DPFE sensor determines the difference in pressures between the two tubes to determine how much gas is flowing through the system. This information is then sent to the PCM so the actuator can be controlled better, allowing the proper amount of gas through. Without the DPFE sensor, the wrong information is sent, leading to an imbalance of the exhaust gases.

You will find the DPFE sensor in Ford engines like the ford ranger, expedition, taurus, escape, focus, and many more. You can also find it in some lincoln cars.

The DPFE sensor is often located near the EGR valve. This valve is found behind the upper intake manifold, which is between the motor and the firewall.

The DPFE sensor is often shaped like a small square. You will see two vacuum hoses attached to the bottom and there is a wiring harness coming from its side.

The cost to replace a DPFE sensor and EGR valve range from $150 to $500. The parts tend to make up the majority of the cost, usually between $100 and $400, while the labor might only be $50 to $100. However, replacing the DPFE sensor is a simple task that can be done with a few everyday tools.

You shouldn’t drive with a faulty DPFE sensor. If you are noticing a rough idle or a lack of engine power, it’s best to replace the DPFE sensor and EGR valve. Leaving the car with a faulty EGR system only causes trouble passing emissions tests and leads to further air pollution.