Radiator Fan Is Not Working? (7 Causes & How to Fix)

Having a bad radiator fan is actually very bad for your car engine. It may cause it to overheat, which can lead to costly repairs. Here are the common reasons why it happens. 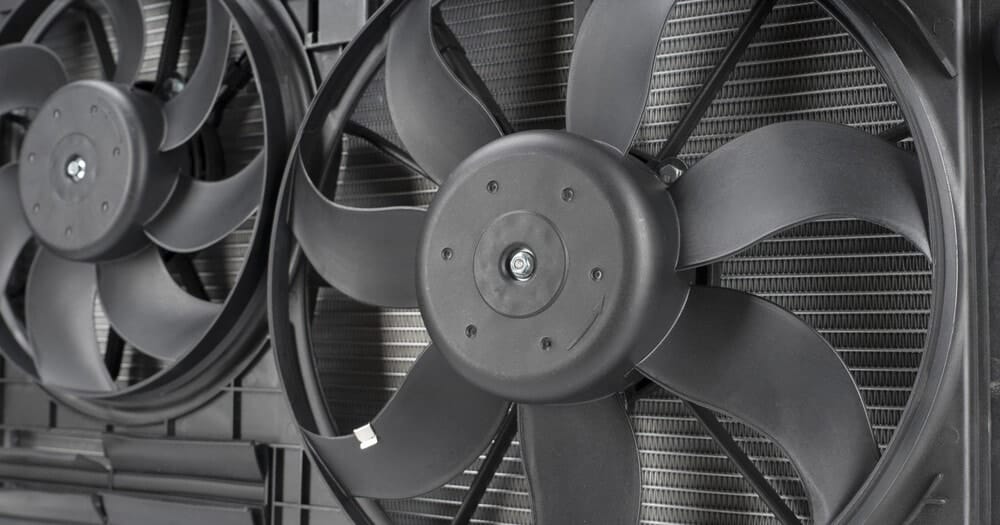 You probably already know the purpose of the radiator and the cooling system in your car.

Unfortunately, the radiator fan can fail and will cause your car to overheat.

What causes the radiator to stop working?

The most common reasons a radiator fan is not working are luckily due to a blown fuse, bad relay, or a broken wire. It can also be caused by a faulty coolant temp sensor, low coolant level or the fan itself can be damaged.

While these are some of the reasons, it is not all of them. Here is a more detailed list of the most common causes of a radiator fan not coming on:

7 Reasons Why Your Radiator Fan is Not Working

A fuse supports almost everything electrical in a car. If there is an electrical surge going towards a piece of electronic equipment, the fuse cuts the electric supply to that particular equipment saving it from destruction. This is what we call a blown fuse.

A blown fuse is no big deal, and changing one does not cost a lot of money. If your car’s radiator fan is non-functional, check your car’s user manual and locate the fuse for the radiator fan controller or the fan.

The fan itself often uses a big fuse of around 50A, while there might also be a separate small fuse to the fan control module. Remember that if the fan fuse is blown – there might be a problem with the wirings or the radiator fan.

There are often two different systems in different car models. Either your fan control is integrated into the engine control unit, or you have a separate fan control module. In both cases, the control units use a temperature sensor to know when to start the radiator fan.

If this temperature sensor is broken, the control unit will not know when to start the radiator fan.

Some cars use separate engine coolant temperature sensors for the radiator fan and the engine control unit.

You need to check your repair manual of which temperature sensor controls the radiator fan and then resistance-measure the sensor with a multimeter to ensure it is functional.

If the fan is not working even when the car is overheating, there might be a wiring issue or a bad connection.

Measuring the wirings with a multimeter is often not very effective, as you need to put a load on the wires to see if they are functional. However, as a fast test, you can check with a multimeter if power is coming to the radiator fan.

Failing to do so could risk your engine becoming overheated and seized. There is no coming back from a seized engine unless you are willing to spend a lot of money.

When your radiator fans are not coming on, it can also be caused by faulty radiator fans. The radiator fans have electrical motors inside of them, which will wear out after some years.

You can test the electrical radiator fans by taking a wire from the car battery, unplug the radiator fan connector, and put 12v+ and ground into the connector. This is the fastest and easiest way to test your radiator fans.

The fan relay is often located in the engine bay’s fuse box, but the best way is to check your repair manual to find where it is located.

Testing a 4 pin relay is often very straightforward. Remove the relay and give 12 volts to pin 30 and 85. Ground pin 86 and check if there is voltage coming out from pin 87. It is even better to connect pin 87 to something that draws a lot of power, like the fan, for example.

I have a 2003 Honda CR-V. I changed the thermostat, hoses . I checked the relay on the fan and the fan works as well. But the fan still not turning on. So I’m just bypassing the relays for the fan so it won’t overheat. I’m planning to change the coolant temp sensor, do you think that would work?

Hi I have ford fiesta 1.4 2010 the fan is not kicking itself and water bottle is boiling and drain out all the water

I have a 2008 Nissan march when I start my car and after driving about 5 minutes the red thermometer light comes on the dashboard for about 11 seconds and then goes of what does that mean. Is the car overheating? IT has in enough coolant and the fans are working.

I have a 2005 Buick LeSabre I have dual fans the one on the driver side works and the one on the passenger side does not work. Trying to locate the problem. Does not overheat but notice it did not come on

I have VW Sharan VR6 2,8 engine I can run the engine until is hot 50% or very hot and my engine will cut off and I must wait until it's cool and I can start and run again what is the problem?

You can have the other pulleys going in the wrong direction which will cause it to overheat. It's better to have purchased a shorter belt for the same car without air conditioner.

Hi, it's Ayanda I m driving proton gen 2. Radiator Fan is not working and the car's temperature goes to 130, I don t know what to do

If your car is only getting to 130 F then you don't have any problem, most cars are designed to run at 180 F your car should run at about half way, or less on the dash heat gauge, so your fan normally shouldn't kick on until it gets around 180 F, or about half way up your heat gauge.

Hey there i just bought used peugeot 508 and have one issue with it. The fan doesn’t work when the engine is off, it only run when i turn on the engine. Could you please help me with this. Thanks

My Nissan np200 heater does not blowing warm or hot air i 've even changed the old thermostat and replace with new one but still the same please help.

It sounds like either low antifreeze, or possibly a bad vaccume line, that usually opens a valve, so hot antifreeze is allowed to flow flow thru heater core, in some older cars, or possibly a cable, not sure here, but thought I would throw it out there.

hello I have Subaru forester 2004. The issue is with the coolant fan. it wont turn on eventhough I have replaced the temp sensor with a new one. I have checked electricity with test meter and the wiring is okay. The fan does work when you turn on the AC Can anyone help with this problem.

Thanks for your writing it's encouraging am happy .In my car my car is suzuki Every bus the radiator fan fuse cuts often when ever i pass through water because our road water loged please help thanks

I have Toyota camry 2014 always factory maintained. After parking the car for 15 20 minutes with ac on its engine temperature goes to half and ac trips and radiator fans are off. When switch off the car and restart all gets fine again. Please advice.

My problem is that the fans work when I start the vehicle but when it warms up, they no longer work! It is getting dangerous to blowing. Right now I am parked waiting for rush hour(s) to finish. Very annoying. Already replaced the fans, radiator, temp sensor and relays... I'm fitting to cut the wires and run them directly to the battery w a switch before I loose this vehicle!