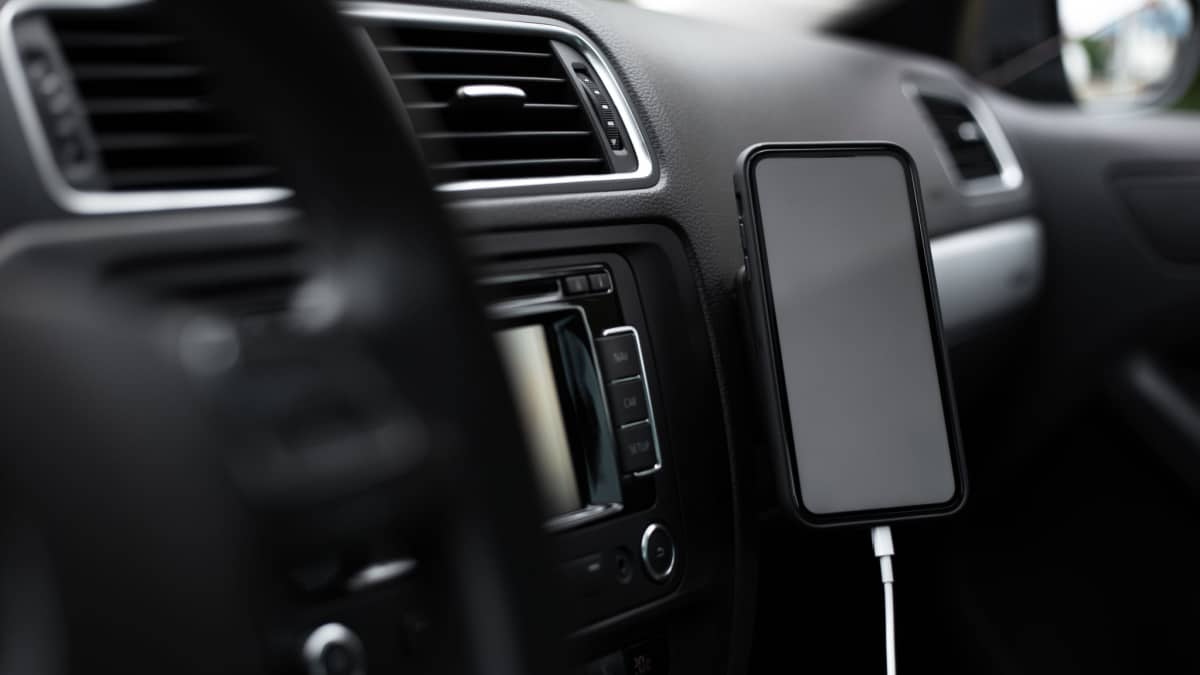 Many drivers rely on the 12-volt car charging port to keep devices ready to go. So, what do you do when the car charging port or cigarette lighter is not working? After all, you don’t want to end up at your next destination with a dead phone.

In this guide, we look closer at all of the possible problems. We also walk you through how to fix each complaint, so the 12-volt power outlet works once again. We also take a minute to examine how wireless charging occurs in cars. At the end of our article, we will answer your top charging port questions.

The most common reasons why a car charger port is not working are due to contamination, the wrong cord, a blown fuse, a defective socket, or damaged wiring. Once you know what’s wrong, you can repair it and get your phone charging once again.

Here is some more detailed information on why your car charging port is not working:

The first thing to look at is the cord and power outlet itself. If either of them has become dirty, it could be difficult to get the right connection for charging to occur.

Because the cord and port both sit in your car, dust and dirt can accumulate over time. Thankfully, this is one of the easiest problems to resolve. Plus, you can prevent this issue from occurring in the first place by regularly cleaning out the car to keep dust and dirt to a minimum.

To get your phone or tablet charging, you need to plug it into the port with a cord. You can use the cord that came with your device or you can purchase an aftermarket cord.

Either way, there are different types of data cords, so it’s possible you are using the wrong one. There’s also the chance that the cord has become damaged from wear. If you aren’t easy on the cord, the wires inside could have broken.

Everything electrical in the car runs through fuses. These fuses ensure that there’s never an overload that could cause a bigger problem.

Sometimes, the fuse can blow, rendering the electrical device unusable. When a fuse blows, other accessories may also stop working, depending on what that fuse is responsible for.

The charging port is a socket that’s installed into the vehicle. Because it is a car part, it can fail at any time, especially if contamination has been allowed to infiltrate it.

If the charging port or cigarette lighter port fails, you won’t be able to charge your devices anymore. This can’t be determined until you’ve checked on the fuse first because a blown fuse will also prevent power from getting to the port.

Because both of these ports are considered electrical in nature, there will be wiring running to them. While these wires are designed to be durable and hold up under abuse, there’s still the chance that they can fail.

If the wiring gets caught on something, it could get bent or damaged. There’s also the chance that the wiring ripped, especially if you have put the car in storage where rodents could get to it. To determine what wiring needs to be looked at, you might want to search out a schematic in the service manual.

How to Fix a Car Charging Port That’s Not Working

The easiest fix when a car charging port is not working and the first place to start is by looking at the connection itself. If you notice any dirt or debris, you can blow it off with compressed air and try again.

Your next step is to look in the charging port. With a small cotton swab, you can swipe out the inside of the port to clean it out. It’s best to avoid using any liquids, such as alcohol or water, in these ports.

Take your cord inside the house and try it with a port. If the phone charges inside, there’s nothing wrong with the cord. However, if it doesn’t work, you need to replace the cord. Research what type of cord is needed. There are different types and you don’t want to purchase the wrong one.

Here are the four main types of cords that are used.

However, all four of these cords can be purchased individually online for around $5 to $10 each. Because it’s not much of an investment, it’s often wise to keep a few spare cords on hand for when one becomes damaged.

The next step is to check the fuse. This is one of the easiest electrical problems to deal with. Find a diagram of the fuses for your car in the service or repair manual.

Once you’ve identified the fuse that runs these charging ports, you can carefully pull the fuse out and check it. If the filament inside the fuse is broken, it’s time to replace it. Make sure you replace the fuse with the same rated one as what was in there. This fix should only cost you a few dollars.

If the problem isn’t your charging port or cord and the fuse has been ruled out, you have to dive deeper into diagnostics. The socket itself could be defective, which would require a replacement. With a cigarette lighter, you can push in the end to see if the port works normally. Otherwise, you will need a test light to see if there’s power running to the outlet.

Don’t replace the port unless you have experience. The old port needs to be pulled out with pliers and the new one can be inserted in its place. The cost for parts should be only $10 to $25. If you need further help from a mechanic, you might be charged for a half an hour to an hour of labor.

The worst-case scenario is that some of the wiring in the system has become damaged. Under normal usage, this won’t usually happen. It’s most frequently seen when cars are in storage and rodents can get into the systems. At the same time, there could be damage to other wires running to additional systems, leading to unrelated problems.

To find the damage, you will need to get an eye on all of the wiring to the ports. Once you find the wire that’s damaged, you need to replace it.

What is Wireless Device Charging in a Car?

Newer cars offer wireless charging technology that doesn’t rely on the use of cords and ports. This type of charging is also known as inductive charging. There is a base station located in the vehicle that generates electrical fields. This field transfers energy to the compatible device to charge the battery.

Instead of putting your charger into the device, you simply set your phone on the wireless charging pad that’s provided. The device will charge automatically as long as it is compatible. Many luxury cars come standard with this option and it can be added to most new cars for extra money. Otherwise, it’s possible to set up an aftermarket charging port after you purchase the vehicle.

Charging this way is less efficient than using the standard technology that relies on conductive couplings. However, people still prefer this method, simply because there are no cords involved and the car interior stays less cluttered. There is also less equipment to go bad. On the other hand, if something does go bad with the wireless charging system, the cost is usually much more to repair because of the advanced technology used.

Why Does My 12V Socket Not Work?

There are multiple reasons why the 12V socket stops working. After checking the connection and cord, you want to look at the fuse. Aside from this, the problem could be related to a defective socket or bad wiring running to the socket. Most problems are easy to determine and fix with the right tools.

Can You Replace a Car Charger Port?

Most of today’s car charger ports can be replaced easily. If you have needle-nose pliers and a screwdriver, you can carefully remove the old port and install a new one. Considering how cheap a new port is, there’s no reason to pay someone to install it if you know how to do it yourself.

If you are using a cigarette lighter, you can push it in to see if the lighter heats up and pops back out. If it does, this socket has power. With the standard charging port, you need a test light or multimeter to see if it is getting power. If there’s no power present, you might want to check the fuse next to see if it has blown.

How Much Does it Cost to Replace a Cigarette Lighter Socket?

You can order a new cigarette lighter socket or charging port at your local auto parts store. You may spend $15 to $25 for the port. However, if you can wait a little longer, ordering online might save you more money. On average, car charging ports online run between $5 and $15, plus any shipping charges.

How Can I Clean My Car Charging Port?

Take a cotton swab without any liquid. Carefully swab inside the port to see if you can remove any debris. You can also spray inside the port with a can of compressed air. Simply aim the air nozzle into the port and spray until debris stops coming out. If you want to use your air compressor, you need to make sure it doesn’t blow too hard.

If you have gone to plug your phone into the car cigarette lighter or charging port and nothing happens, you might get upset at the thought of having a dead battery in your mobile device. However, most problems that lead to this issue are easy to resolve and won’t cost you a lot to fix. There’s always the chance that there’s something simply interrupting the connection or that you need a new charging cord.

Even if you are facing an electrical issue, the situation isn’t hopeless. If you don’t have the skills to resolve the problem, seek out a qualified technician to help you. There’s no reason to drive around without the ability to charge your favorite devices.