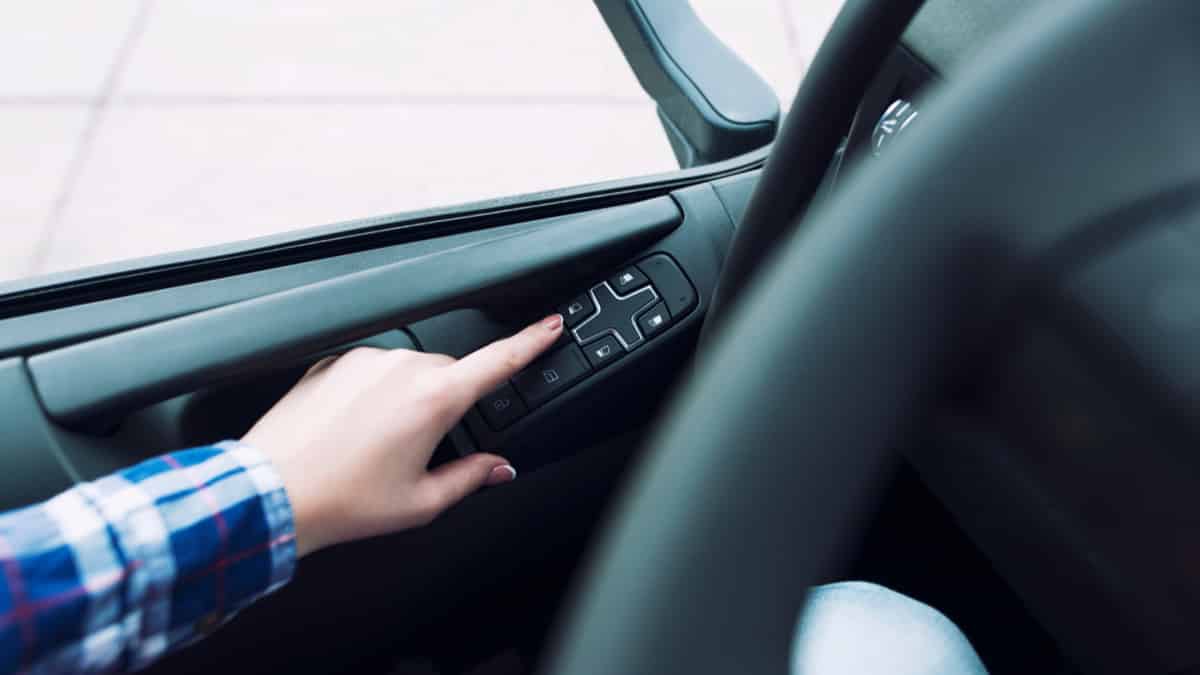 Once upon a time, all car windows needed to be rolled down manually, but that’s not the case today. Most modern vehicles are now equipped with power windows. While this feature ensures you get fresh air faster, it can also mean problems when something malfunctions? What are some of the main reasons your power windows are not working?

In most cases, something electronic has failed, but don’t underestimate the power of the weather either. In this guide, we touch on the top reasons the power windows aren’t working.

The most common reason why power windows are not working is due to a broken window regulator or a broken window motor. It can also be caused by faulty wirings between your car’s body and the door, which is quite common place for them to break.

Here is a more detailed list of the most common causes of power window failure:

When this window regulator goes bad, nothing will happen when the up or down button is pushed. The only way to fix the problem is to replace the regulator.

The regulator is made of steel cables which can start to rust and fail over time. Sometimes when these regulator cables fail, the window will be stuck in the bottom of the door.

In addition to the regulator, each power window also comes with a motor that powers the operation. At the end of the motor is a gear that connects to the window regulator for seamless movement.

Before the regulator is activated, you push the power button on the door to activate the motor. This motor is responsible for putting the regulator into motion. If the motor goes bad, there’s no power to make everything operate.

When ice and snow hit, you can guarantee that the window function might suffer. The cold weather brutally affects the functionality of power windows, mainly because the glass starts to stick to the frame.

In some cases, the regulator might be strong enough to move the window from the frame, even if it is frozen. However, trying to force the window to move in cold weather is going to cause the regulator to wear out as it isn’t meant for extreme conditions. It would be best if you removed the snow and ice first and allowed the windows to warm up before trying to operate them.

When you push the window switch on your door, you expect that the window will just work. However, this switch can also wear out over time. With every push, the switch wears just a bit, reducing its life by one more operation.

If you are rough with the switch or use it often, you might notice that it wears out faster than you expected. Thankfully, power window switches aren’t expensive to replace and are one of the easier problems to solve.

Connecting the window switch to the motor are several wires. While this is one of the least common reasons for power window failure, you can’t overlook the possibility that the wiring is damaged or broken.

In some cases, it might have happened when you were repairing another part of the power window. You might have accidentally damaged a wire during the replacement. However, you don’t need to examine the wires until the more common possibilities are looked at first.

You should also check the wirings between the car’s body and the door, a common place where the wirings will break.

How to Troubleshoot Power Windows That Don’t Work

To properly check the system, you must have access to all of the window components. This requires you to remove the trim panel on the interior of the door holding the bad window.

Some panels are held in place by snap fasteners and others use screws or bolts. Use caution when removing the panel, ensuring you don’t break any delicate parts.

Plug your test light in place of the motor. If the connector contains more than two wires, you might be looking at a position sensor as well. In this case, it’s best to review the schematic to determine which wires are supplying power and which is the ground before you hook up the test light.

Once you have the test light connected, turn your key to the ON position. Try to operate the switch in both directions. If you get a bright light, the circuit to the motor is functional. If the light only comes on in one direction, you might have a bad switch.

Connect the motor and test again. If you have circuit operation to the motor, but the motor is failing to work, there is something worn internally.

In some cases, you can lightly tap on the motor while you hold the switch in position to get it operating. If that doesn’t work, replacement is necessary.

Mechanical regulators can break the guide wheels that allow them to move on the tracks. With broken guide wheels, the glass can bind up.

Cable regulators are easier to troubleshoot because you will see detached or kinked cables. If the motor is working and you don’t spot regulator damage, you could also check the gearing of the regulator. Some windows use plastic for the gearing, which easily strips or breaks.

With everything else working as it should, you could also check the rubber. While the auto glass is disconnected from the regulator, try to move the window in its channel.

If you can move it smoothly in your hands without binding, there’s nothing wrong. However, if it binds, the rubber channel might be worn or contaminated with dirt. Clean the area and lubricate the rubber to see if that resolves the problem.

The best-case scenario is that you need a power window switch, which is the least expensive repair. However, if you are looking at a car window regulator replacement, the cost could be between $250 and $400, with labor making up $70 to $100 and the parts costing $180 to $300.

If you are lucky the issue is just a broken fuse or a failed relay which will often be very cheap to replace and fix.